Buddy cop films are a dime a dozen and new ones reach our screens each year, mostly stale and formulaic. Fantasy films have also become increasingly popular thanks to the success of The Lord of the Rings films, though these have also been decreasing in quality as the studios struggle to find new concepts to bring into the genre. The combination of both genres though? Now that is something entirely original and full of promise. Which is exactly what makes Netflix’s original movie, Bright, such an exciting prospect and a potential game-changer for them in their quest to deliver stronger movie content that matches their domination on the series front.

However, just because a concept is fresh and unique, doesn’t mean it will make a compelling movie. So has Bright ushered in a completely new genre and success for Netflix? Well, both yes and no. And the answer depends on how you choose to view the movie, as a standalone effort or part of something greater. 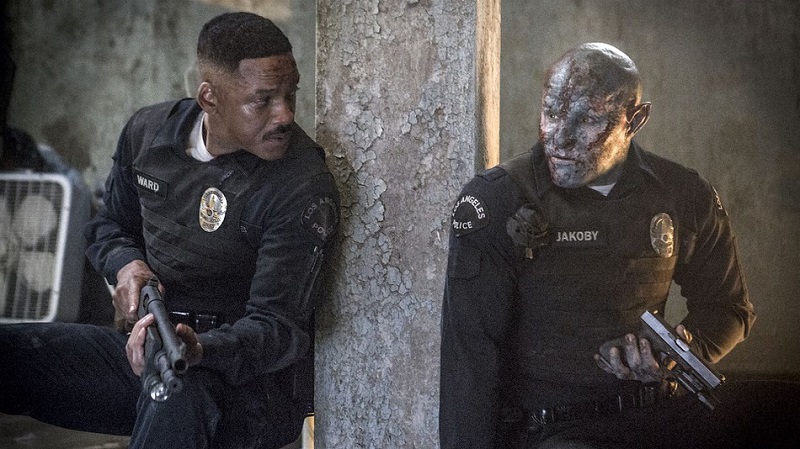 You see, the world of Bright, with its unique take on the fantasy concept, is truly something special and delivers some exciting characters and ideas. Unfortunately, most of those are only lightly touched upon by the film as it chooses to rather focus on its few main characters and how they interact with this world. It’s this closer story of two cops who get caught up in a battle to save the city from dangerous magic users (known as “brights”) that is perhaps less compelling and not quite as well executed. But it does leave you wanting more, and that is definitely a good thing. 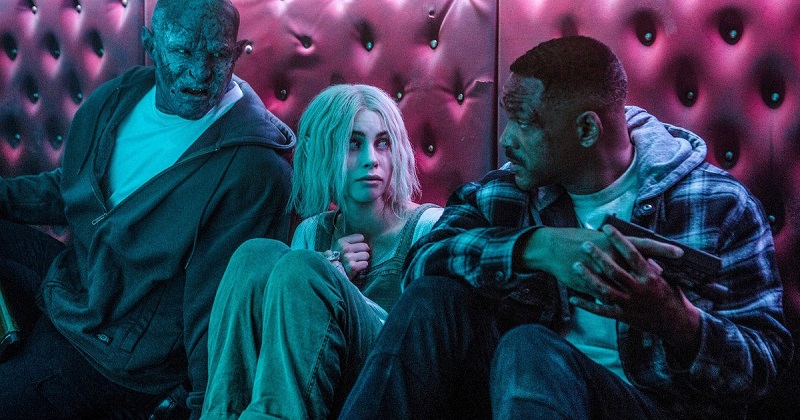 Bright is set in an alternate world in which magic and magical races are real and have been living alongside humans for centuries, leading to new social classes and racial tensions. The tale follows human LA cop Daryl Ward (Will Smith) and his partner Nick Jakoby (Joel Edgerton) – the nation’s first Orc cop – who are forced to work through their personal prejudices about each other’s races, when they accidentally stumble across a magic wand in the possession of mysterious elf girl Tikka (Lucy Fry) and find half the city out to kill them for it. Wands are very rare and insanely powerful instruments that could be used to grant wishes or cause vast destruction – granted the user is capable of wielding it – and the hunt for this one forms the centre of a magic war with Leilah (Noomi Rapace) and the Inferni, her renegade elf faction.

As partners, Smith and Edgerton certainly work well together. Their chemistry appears a little awkward at first, but much like the rest of the movie, it falls into place quite nicely. Both their characters develop as their situation forces them to not only understand and trust each other more but overcome their fears of magic as well. The film is very stereotypical though and although it features a host of broad fantasy species, it simply associates other commonly used stereotypes for each of the different species, so don’t expect a lot of depth to come out of this movie. I personally liked how it didn’t try and do too much with its societal and political undertones as it would’ve ruined the pacing of the movie. In my opinion, it provided enough to still get you thinking and wanting to see it explored more. Which hopefully they will do in future movies. 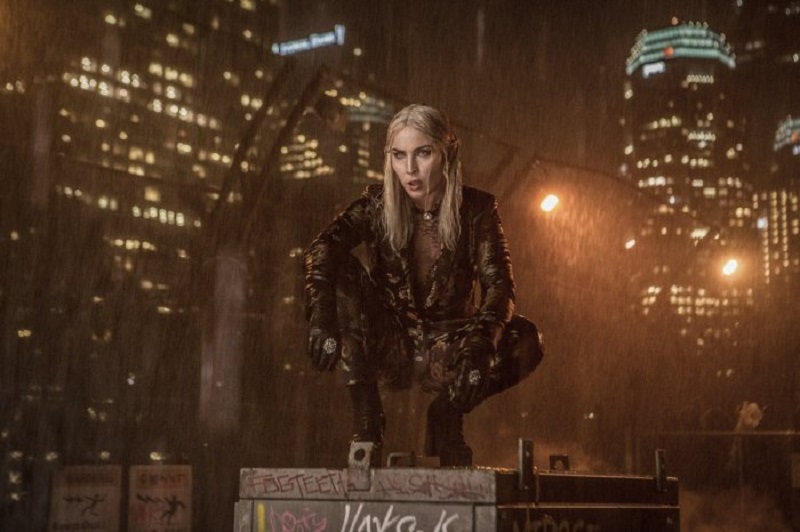 The direction by David Ayer, whose reputation took a slight beating from the mess that was Suicide Squad, is mostly solid this time around as he kind of returns to his roots of LA-based cop thrillers like End of Watch, Harsh Times and Training Day. After the missteps of Suicide Squad, this should go a long way to reassuring people that he can indeed handle a big budget action movie. That’s not to say everything works, some of the film’s action scenes certain fall flat and lack tension, as does some of the film’s comedic moments, but there is enough nuance and emotion brought into the characters that it makes the journey quite satisfying, even if not mind-blowing.

You could argue that his grounded and violent approach to the film is a bit heavy-handed, but I actually found it refreshingly different. Yes, its commonplace for your typical buddy-cop action film, but in a fantasy world that features orcs and magic, it’s different. We’re used to seeing fantasy films give us mesmerising and bright worlds and magic presented as something exciting – whereas here it is all presented in a dark, grittier, yet more realistic manner. Just don’t expect too much magic in a film strangely about that topic, as much of the film’s action comes from guns, explosions and more guns. It makes sense though given the fear everyone has of it though. 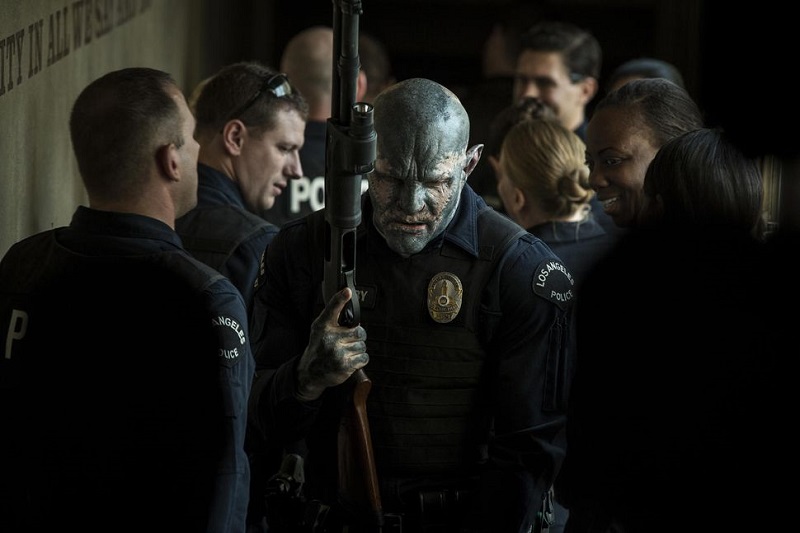 Where most of the issues I had with the film came from though is with the script from Chronicle scribe Max Landis. Despite crafting a fantastic world and some strong characters here, Landis delivers a lot of dialogue that can best be described as sloppy. With so much political subjugation and nuance built into the story, the characters instead resort to childish digs at each other and often end up swearing, because they frankly have nothing else to say.

The other mild frustration about this movie is that it is oddly slow at the start for a movie filled with big action scenes and certainly could’ve done with some more sprightly editing. There is also a lot of motivation and backstory that either seems rushed or doesn’t happen at all – which is surprising considering its healthy running time of nearly two hours. 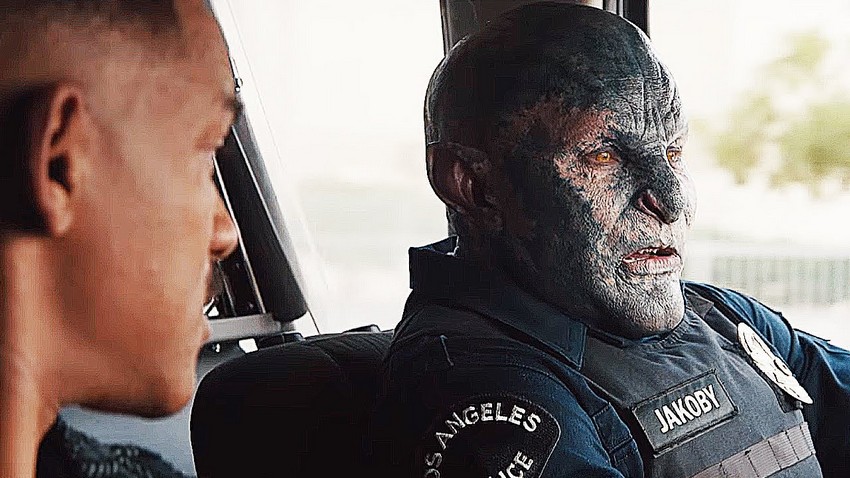 It’s that lack of world-building though which is likely to frustrate most viewers, but which also – contradictingly – leaves the potential for Bright’s future being a… well, a bright one. There are a lot of unique concepts and mythology that the film hints at, but never tries to explore. Rapace’s Leilah and the rest of the Inferni have almost no dialogue and even less explanation as to who they are, Much of this mystery felt deliberate to me though and filled me with excitement for the future of the franchise. I can easily understand how these narrative gaps can frustrate some viewers though. I prefer this approach though than the type of narrative sprinting that Warcraft aka that other movie from 2016 about Humans and Orcs did which tried to explain too much, too fast and baffled most of its audience. Fortunately, or unfortunately, Bright’s characters are a lot simpler in nature and the world is easier to understand, so you don’t get confused even if you don’t know everything about the different species and how this world’s magic works. 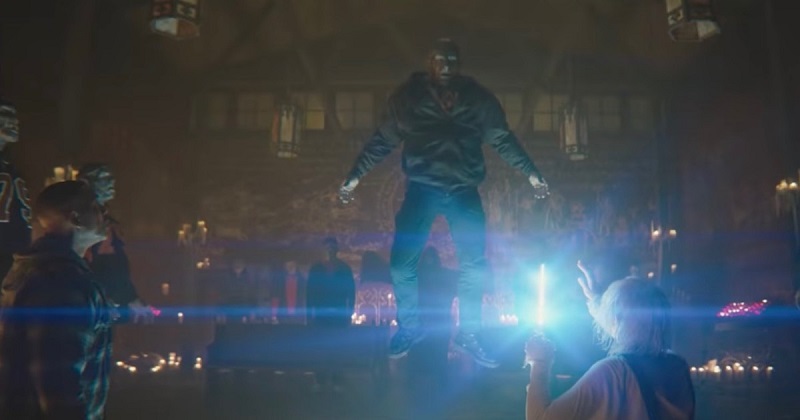 So if there is one word which can some up Bright, its “potential”. The world crafted here has the potential for greatness and deserves to be explored. While the film presented here might certainly not be all that, it’s definitely a place I want to come back to and I am glad to hear the rumblings that Netflix wants to make more Bright sequels because we definitely need to see more of this world. And for that reason, I would say Bright is a success. Maybe not as a standalone movie, but certainly as a concept or franchise starter. The real determinate of just how good Bright is, likely lies on the basis of what Netflix does with its story and characters from here.