Home Entertainment Some Must Watch Movies for Fans of Ancient Greece

Alongside movies based on comics and sporting heroes, many films have been inspired by or are essentially adapted versions of historical stories and events. These types of productions are fairly niche, although there have been some notable success stories along the way. One theme that typically does well is Ancient Greece, with a number of historical myths being recreated for cinema audiences.

It’s certainly a much-loved period of time on the whole, too. From favoured art styles, such as the Geometric and the Hellenistic, to Ancient Greece-themed games, such as Age of the Gods: Ruler of the Sky, which is a fast-paced casino game from Playtech that feeds into the wider Age of the Gods canon, it’s a pastime that interests a lot of people and has influenced much of society. When it comes to movies, fans of Ancient Greece aren’t short on options either, with filmmakers seemingly keen on recreating historical tales and adding a modern-day twist to a number of them. While some movies in this particular genre have failed to hit the mark, there has also been a number of memorable productions. Let’s have a look at some of them below.

Kicking things off with a much-loved creation from this particular genre, Jason and the Argonauts was released in 1963 and is largely credited with being a breakthrough movie in terms of its special effects and stop-motion animation. Focussing on the story of Jason and his crew in their heroic mission, it’s a great watch on the whole, although their quest for the Golden Fleece will leave you on the edge of your seat throughout. More details.

When assessing this diverse genre, 300 is a movie that crops up time and time again. Released in 2006 and starring the likes of Gerard Butler as King Leonidas (see details), this classic movie follows the story of a spartan fighting force in this epic historical action movie. Based on the 1998 comic series with the same name, the historical accuracy of 300 did annoy some diehard history nuts, but if you’re wanting an Ancient Greek theme and some full-on, fast-paced battling scenes, then you’ve most definitely got it with this one.

You probably can’t really claim to be a diehard fan of Greek mythology if you haven’t seen Clash of the Titans. Released in 1981, director Desmond Davis received a lot of praise for the way in which he presented this instant classic, according to HeraldScotland. With the movie being inspired by the story of Perseus, it’s an interesting watch, particularly on the big screen. Featuring a cast including the likes of Maggie Smith and Laurence Olivier, alongside an array of notable visual effects for its time, Clash of the Titans went down a treat. While it might not stand up against some of today’s sophisticated offerings, it deserves to be treated with respect given its significance.

If you have a keen interest in one of history’s most successful conquerors, Alexander the Great, then Alexander is a movie you’ll certainly take to. Providing a deep dive into his character and his hugely interesting life, it’s a powerful movie worth experiencing. Played by Colin Farrell, the film covers Alexander the Great’s childhood, his relationships with those close to him, and the battles he oversaw during his military years. With a strong focus on the psychological side of the king of the ancient Greek kingdom of Macedon, Alexander is one to watch.

The Top New Casino Games for Players to Play in 2022

Whether it is blackjack or poker, in 2022, casino games are some of the most popular types… 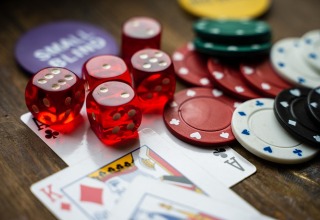 Whether it is blackjack or poker, in 2022, casino games are some of the …