Brace yourself. With less than one month to go to Wonder Woman’s release, you’ll probably soon be inundated with hype-bolstered, clueless statements that Warner Bros’ new movie is the first ever superhero film to centre on a female character.

That simply isn’t true. Solo superheroine movies are few and far between, but they do exist. Over the past 35 years, half a dozen comic adaptations have been released that spotlight “Girl Power” in its costumed, saving the world form. This low number is problematic, but not as problematic as the fact that between them these movies have racked up 18 Golden Raspberry (AKA Razzie) Award nominations – and six wins. Those are horrible statistics, let’s be honest, and they force the question, “Why?” Before we get to our recap of superheroine movies, here are a couple of perspectives to contemplate:

With these points in mind, let’s look at the female-fronted comic adaptations that audiences have been exposed to so far. Have a read and share your comments if you’ve seen any of them. Good? Bad? Better with the passage of time? Still unwatchable?

Please note that we’ve excluded anything that doesn’t have a comic as its source material (e.g. animated series Aeon Flux), as well as Witchblade and Painkiller Jane, both of which were made for TV to springboard series. The first female superhero movie! Released to capitalise on the success of Superman, spin-off Supergirl focuses on the Man of Steel’s cousin, Kara Zor-El (Helen Slater). Kara comes to Earth to retrieve a powerful artefact, which falls into the hands of a wannabe witch (Faye Dunaway). As a little girl, I adored Supergirl – she was probably my first cosplay. However, little girls of the 80s and movie critics of the same period are clearly very different creatures. Considered far too cheesy, Supergirl was a critical and commercial flop, earning Razzie Award nominations for Dunaway and co-star Peter O’Toole. Side note: today Slater plays Supergirl’s adoptive earth mother in the CW’s Supergirl TV series.

Wikipedia doesn’t count sword-and-sorcery actioner Red Sonja as a superhero film. This is because the Hyborian heroine actually has literary roots dating back to Conan’s Robert E. Howard, decades before the Marvel (and, later Dynamite) comics made her famous. Still, a shout-out to Brigitte Nielsen as a woman granted the strength for revenge by a spirit when she is assaulted, and her family murdered, by flamboyant Queen Gedren (Sandahl Bergman). Supremely campy and poorly acted, Red Sonja was nominated for three Razzie Awards, going on to earn Nielsen the title of Worst New Star. She looked the part of Sonja at least.

Tank Girl isn’t really a superhero film, but this quirky post-apocalyptic adventure is a female-fronted comic adaptation all the same. Plus, our heroine really likes her costumes. Set in a waterless future, Lori Petty stars as the eccentric, wise-cracking title character. She teams up with Naomi Watts’s Jet Girl and a band of mutant kangaroos (including Ice-T) to overthrow Malcolm McDowell’s Water & Power corporation. Although heavily meddled with during production, and a failure at the box office, the film has developed a cult following over the years. It’s also been praised for its feminist themes as Tank Girl consistently defies convention to flaunt her own unique identity without resorting to machoism.

The little-known Dark Horse Comics character got a lot more attention when then-mega-star Pamela Anderson signed on to the movie project. Barb Wire is a tough-as-nails bar owner, biker and part-time bounty hunter living in a future America torn apart by civil war. She reluctantly joins rebels in their struggle to defeat powerful despotic rulers. Basically it’s Casablanca with leather and large… tracts of land. It cost nothing and made even less, but because of Anderson’s presence, and her high tabloid profile at the time, Barb Wire was nominated for six Razzie Awards. The busty Baywatch actress went on to “win” Worst New Star.

After Michelle Pfeiffer’s MVP, if non-canonical, performance in Batman Returns, filmmakers were desperate to make a solo movie about Batman’s feline femme fatale. A decade passed though, and when the film was finally made, it was deliberately disassociated from the DC Comics character, Gotham and the Dark Knight. Instead of an Entrapment-style thriller centred on cat burglar Selina Kyle, audiences followed Halle Berry’s Patience Phillips as she transforms from timid designer into an “empowered cat woman” to battle make-up tycoons Sharon Stone and Lambert Wilson. Catwoman received a critical lashing and won four out of the seven Razzies it was nominated for. Berry famously accepted her Razzie in person.

Considering how comics fans are still crying out for a Black Widow movie, and continue to be ignored, it’s strange that Elektra of all characters received her spin-off film just two years after Ben Affleck’s much-maligned Daredevil. Jennifer Garner returns as the deadly martial artist in this redemption story, which sees Elektra protecting a father and daughter from the super-powered assassins of The Hand, an organisation of ninjas and super-powered mercenaries. Elektra escaped the Razzies curse, but was generally regarded as mediocre and forgettable.

Female-fronted superhero films don’t have the best track record, as you can see, but Hollywood hasn’t abandoned its half-hearted flirtation with them yet. After Warner-DCs’ Wonder Woman, Disney-Marvel has plans to release Captain Marvel, starring Brie Larson, in 2019. Meanwhile, after the financial success of Suicide Squad, Margot Robbie’s Harley Quinn is likely to be back in a film version of Gotham City Sirens. This comic adaptation would team the bad girl with as-yet-uncast Poison Ivy and Catwoman.

Wonder Woman’s critical and commercial success is likely to impact on these projects, as well as the prospects of a second solo movie starring Gal Gadot. The Hollywood decision-makers will be watching.

As long as there have been comic books, there have always been animated adaptations that h… 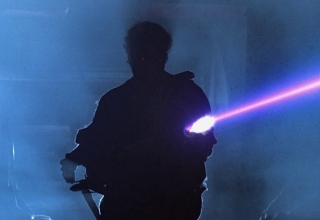