Our friends over at MSI sent over their Panocam Pro for review last week and I’ve been spending the week stalking I mean monitoring the movements in my house.

What’s in the Box

So what’s included in the box? Well the first thing you will notice when opening is just how sexy the camera actually is. It’s not small and has obviously not been created as a spy camera but the styling is fantastic and the finishing of the product is excellent.

You also then get a USB cable, a rubber camera stand, a plug and a mounting clip so you can install it onto a wall or something along those lines. 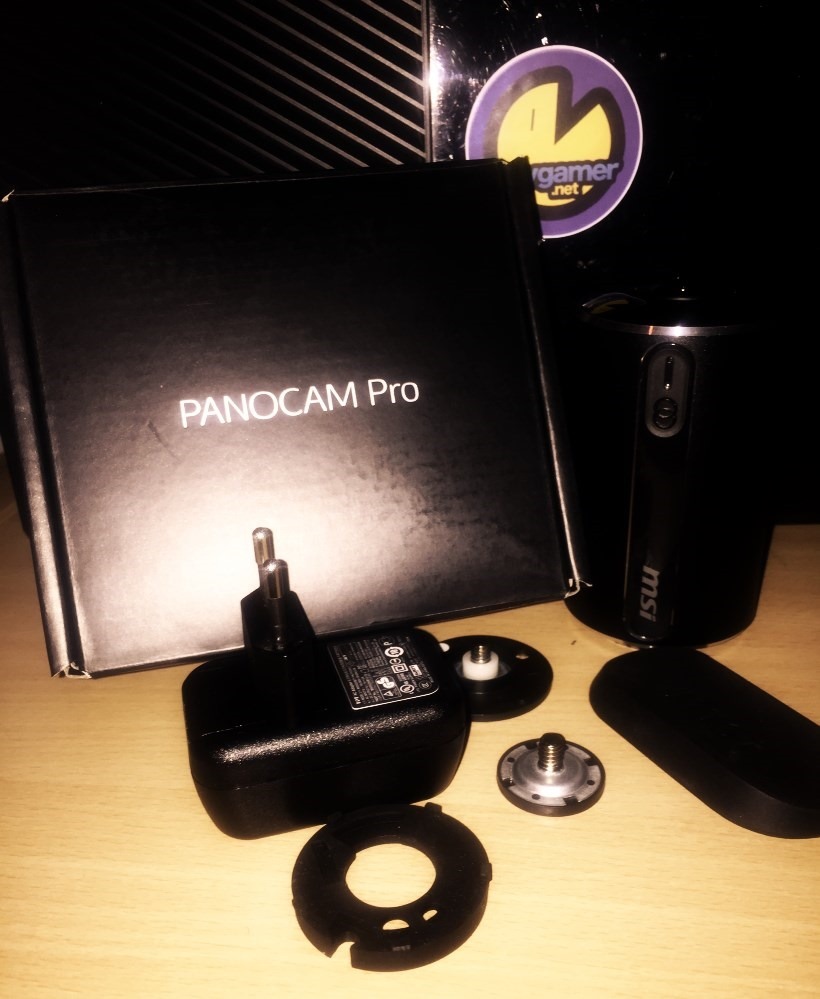 Setting up your Panocam Pro is really a piece of cake and quite awesome. First thing you do is plug the camera in, then you download the camera software via your smartphone (Android or iOS).

And you’re done, you can setup multiple cameras to your software and then set the motion and audio sensitivity of your camera or turn off the notifications entirely. You can also share the camera feed with anyone else, so that your partner can also view the feed.

So that’s all and good but what does it do?

Thankfully this is one of the first devices/games I’ve ever received to review that I had absolutely no knowledge of. I hadn’t been told what it was, how MSI were planning on marketing it or anything around that so I just started playing with it and seeing how it reacts.

Obviously the first thing you do when you get a camera is to set it up in a bedroom and record night time activities.. right?

Well the wife didn’t agree so I set it up in the guest room and invited Darryn and his wife around, as one does. Unfortunately the action was a little non existent. 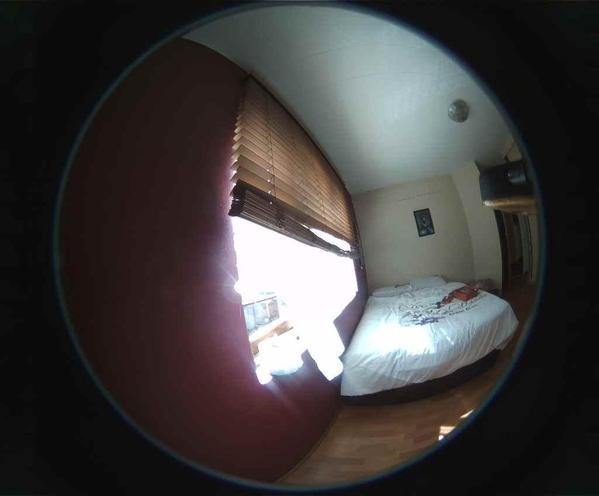 Which was a pity because one of the great features of the Panocam Pro is the ability for 2 way audio so that we could have given advice and tips. But a real journalist never quits so instead I moved the camera to the lounge.

The lounge has been a problem in my life recently as my dogs have taken to sneaking into it and sleeping on the couches, which results in the wife getting upset about the ton of dog hair on the couch. And this is where the Panocam Pro came into its own as along with the two-way audio the camera also has a motion sensor which notifies me via the iOS app when motion is captured.

And to ensure the moment is captured forever the camera will also email me a snapshot of the motion in action.

And bingo, at 7:48am on the 3rd of August this picture was emailed to me while I was working. 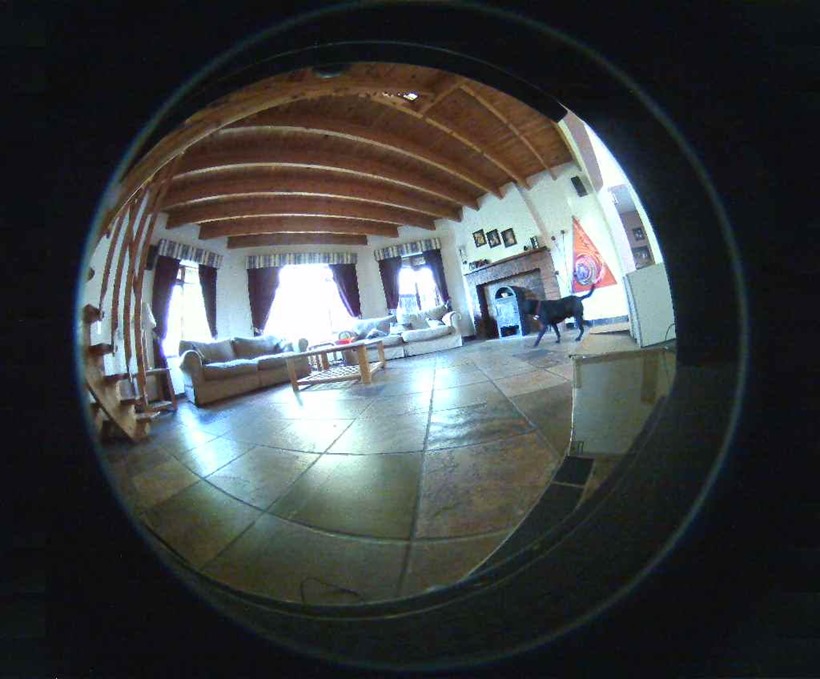 That right there is the dog in question who is well aware that he isn’t allowed on that couch and is yet obviously on his way to get comfy. Two minutes later I was yelling at the dog through the camera. You should have seen the dog’s face when the corner of the lounge started shouting at him. But the camera is more than a dog monitoring device as we can see by this late night intruder who was also caught by the camera. 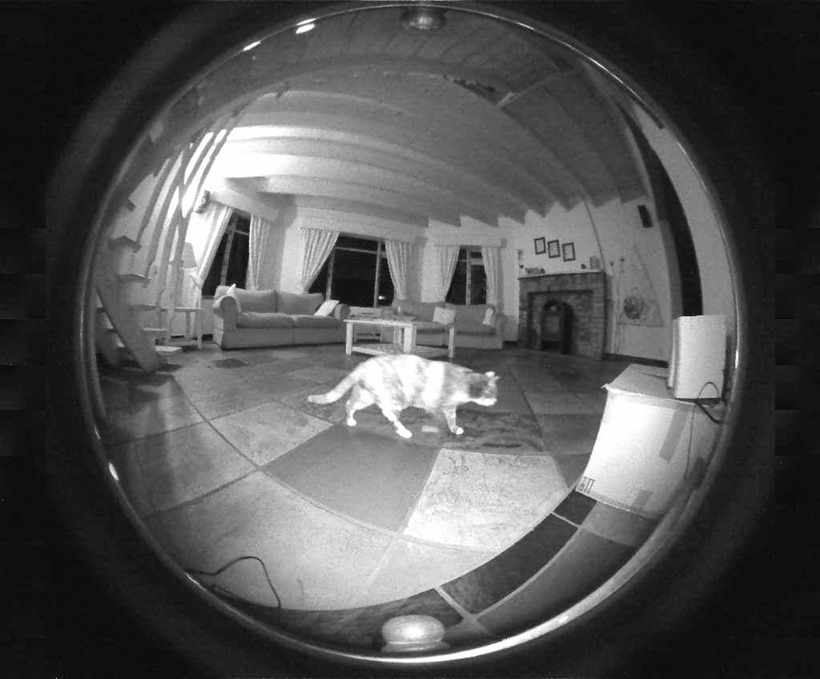 Okay so maybe not an intruder, but I thought this was a good example of the night vision capability which picked up my daughter’s cat wandering around at 2:30am.

No really, what’s it for?

While shouting at my dog from work is all good and well it does appear to be a little excessive to go out and buy a camera just for this so really why would you buy this camera?

Well according to the box the best 3 uses are

While my kids are now a lot older I would have definitely bought one of these before to monitor my swimming pool while the kids were little. I previously lost a puppy who fell into the pool so I can definitely see the use here.

There is also a small butchery down the road from me whose owner works somewhere else and if the staff need to ask him/her a question they phone up and show the product in the standard security camera. The two-way communication of the Panocam Pro would obviously be a help here.

The MSI Panocam Pro retails for an RRP of R2999 which is definitely a bit on the rich side for me but for a business I can definitely see it being worth the
expense, though for home security I would definitely be more interested in a full CCTV set.