The Overwatch League (OWL) has begun and as its growth continues, it is starting to deal with the issues that come with a burgeoning esports scene. One of the issues that any esports league deals with, both established and establishing, is transgressions amongst its pro players. Chief amongst these offenders in OWL has been the polarising figure that is Felix “xQc” Lengyel.

xQc has the unenviable record as the first OWL pro player to be dropped by a team. This follows a string of transgressions, from making homophobic attacks against a fellow pro player, which resulted in his first suspension from the league, to attacking OWL casters. His second suspension from the league followed citing “multiple social media violations and disparaging language”. (Source)

The reaction from the Overwatch community has been explosive to say the least. Some think the punishments are appropriate and the scene is better off without him. Others, particularly fans of xQc, are calling out Blizzard for inconsistency and unfairness. At the heart of the controversy surrounding xQc’s ban is his punishment for the “Trihard 7” emote spam in Twitch Chat. 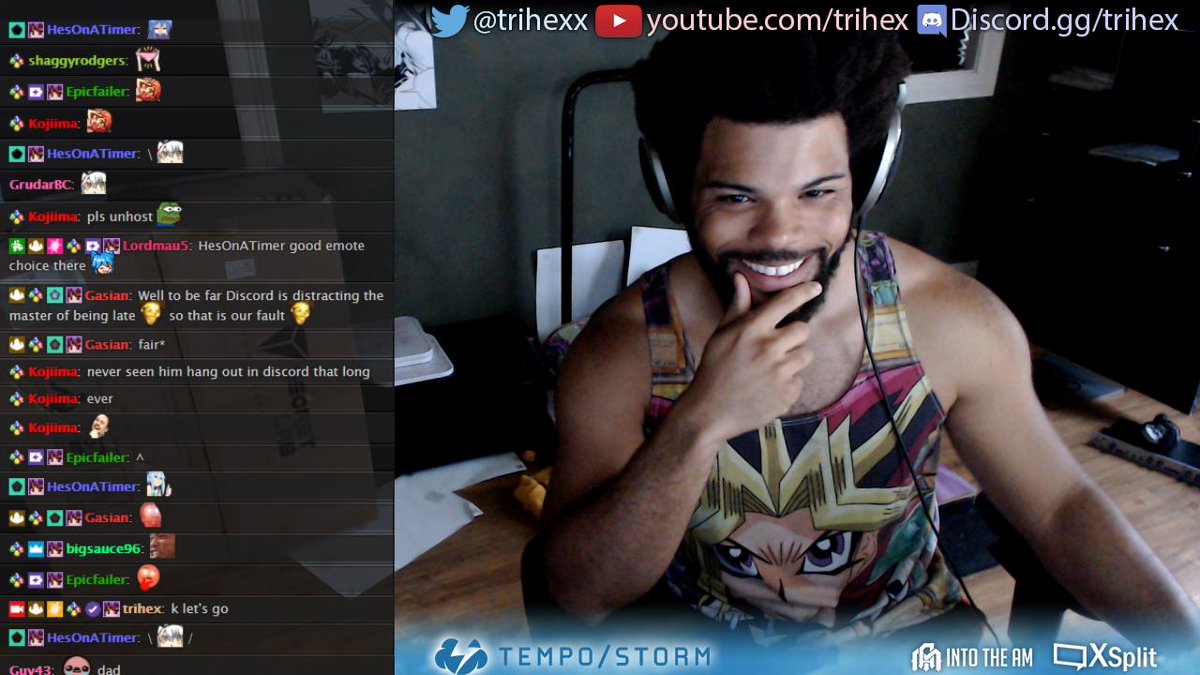 The origin of the Trihard emote itself on Twitch Chat is in honour of Mychal “Trihex” Jefferson, a speedrunner who had a legendary run at Awesome Games Done Quick (AGDQ) back in 2014 where he had a 100 percent performance in Super Mario World 2: Yoshi’s Island, a game notorious for its difficulty in the speedrunning community. (Source) It’s important to note in this context that Trihex is a black gamer and thus his emote is a black face. His.

Malik is a black host for OWL and a common trend that has been occurring on Twitch chat is to spam the Trihard emote whenever he is on screen. It’s obvious that the intentions of the spam is to make fun of Malik for being black. xQc used the emote while Malik was on stream and that was a factor in his suspension that eventually lead to him being kicked from his OWL team, Dallas Fuel. The contentious issue is that xQc has been known to use the Trihard emote with a “7” at the end as a salute or greeting. This is why his punishment related to the use of the meme is so controversial. 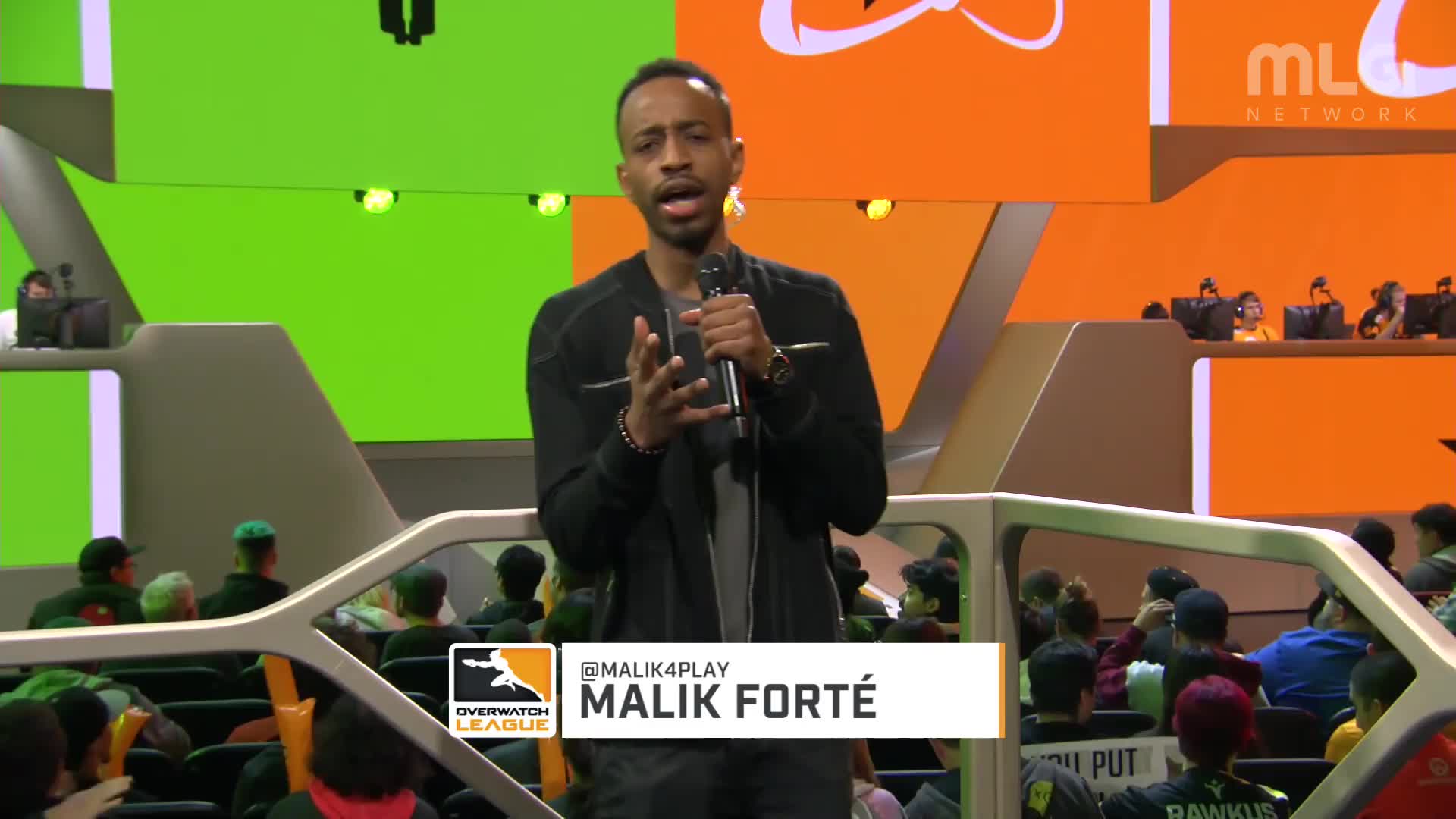 Twitch Chat has been at the heart of gaming culture for some time now, as it is seen as synonymous with streams of some of the most popular gamers as well as the biggest tournaments in a variety of games. The memes that have arisen from it have become part of gaming folklore. It has shown tremendous power, evident by the infamous Twitch Plays Pokémon series. Whilst it has its hilarious side, it is more frequently is spoken about for its vitriolic nature and this is a side that is rarely addressed seriously.

The dark side of Twitch Chat

Twitch Chat has been a large part of gaming culture via streams. It often consists of a continuous stream of spam that revolves around inside jokes specific and meme reactions whatever occurs on stream. Often these are specific to the community of game played or the streamer.

For example, in CS:GO, you will often see “VAC” spammed in chat when someone makes a clutch play. In LoL, you will read “NA flash” entered repeatedly when a pro player messes up their flash. In addition to all of these, you will also see Twitch emotes used that all have their own meanings as well. These emotes are so prolific in gaming culture that you will often visit gaming subreddits, particularly Dota 2 and CS:GO, and see these emotes written out in text. 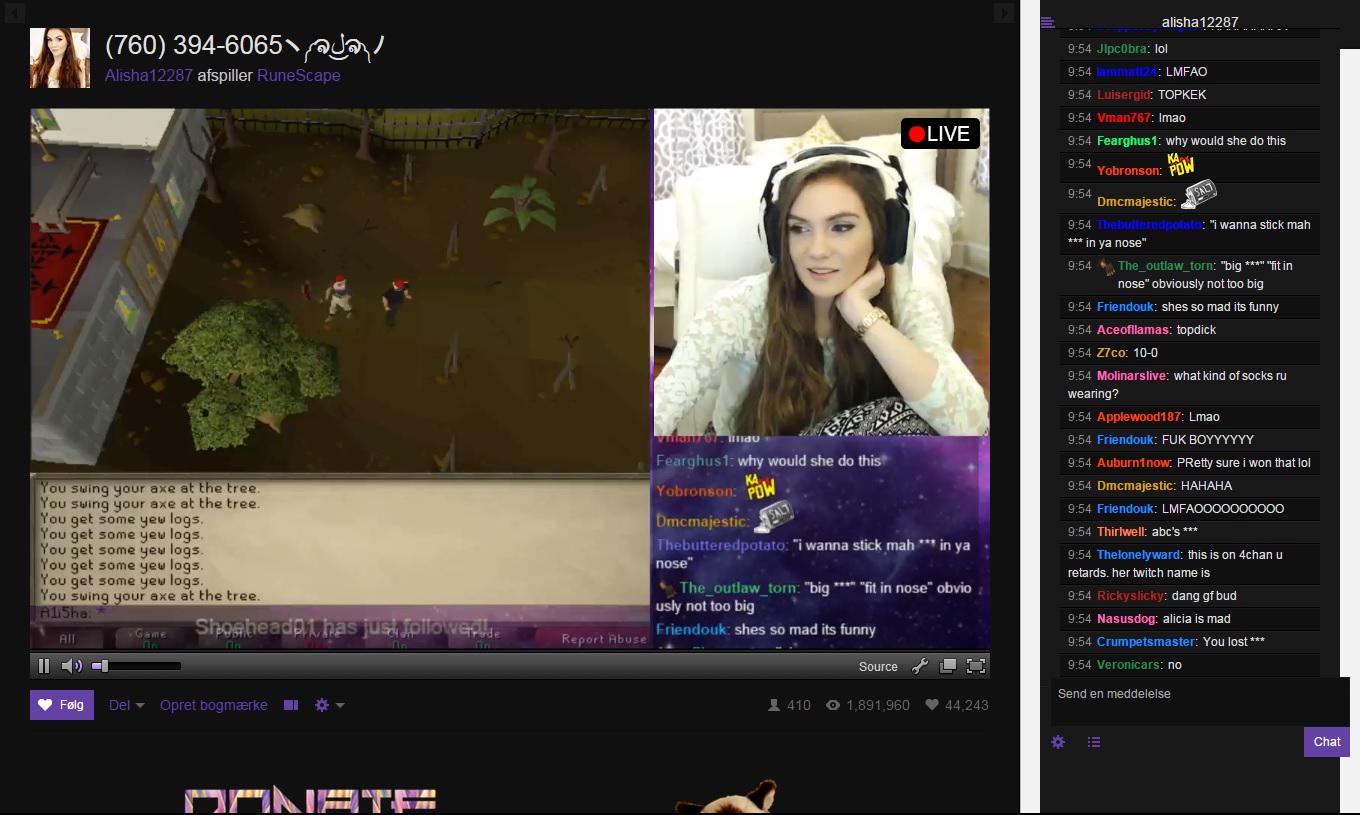 Twitch Chat became synonymous with gaming streams and for many, it is a huge appeal to watching streams – the memes that are created in Chat filter to the rest of the community quickly and there is a desire to get in on the action early. However, when you combine anonymity (behind a username) and a meme-heavy culture, you often end up with a vicious environment and Twitch Chat is no different

If a pro player, in whatever game it is, makes a mistake or is having a bad match, Twitch Chat is ruthless. How Twitch Chat has reacted to women on stream is equally relentless. It’s not just isolated to gaming events – personal streams are also a cesspool of vitriol at times, with many often pleading to the streamer to enable sub-only mode to minimize it.

What is particularly surprising is how in general, the gaming community gives Twitch Chat a pass on racist, sexist and offensive commentary. The same old chorus of excuses and flimsy defences are used. “It’s just a bunch of trolls” or “It’s always been that way” followed by the dynamic duo of “Who cares” and “Don’t be such a snowflake”.

It’s not hard to imagine that for many people tuning into an esports for the first time, Twitch streams of these major events are their first impression. The massive marketing build up along with many regular esports watchers who use major events to get first time friends to see what it is all about – This makes Twitch streams a hugely important touch point for esports and gaming as a whole. If Twitch Chat is the first thing they’re exposed to, it begs the question: Why are we taking Twitch Chat more seriously as community?

For the most part the gaming community, from audience members to streamers to tournament organisers, allows Twitch Chat to do as it pleases. It takes a massive scandal for stream hosts to step in and moderate adequately. Looking specifically at OWL creator Blizzard, racism is not new to its gaming stream. TerrenceM, a Hearthstone pro player, had an amazing run at Dreamhack Austin 2016 which was tarnished by racism in Twitch Chat. (Source) It is with this context that you can understand Blizzard’s strong reaction to xQc, in addition to his flagrant negative behaviour. 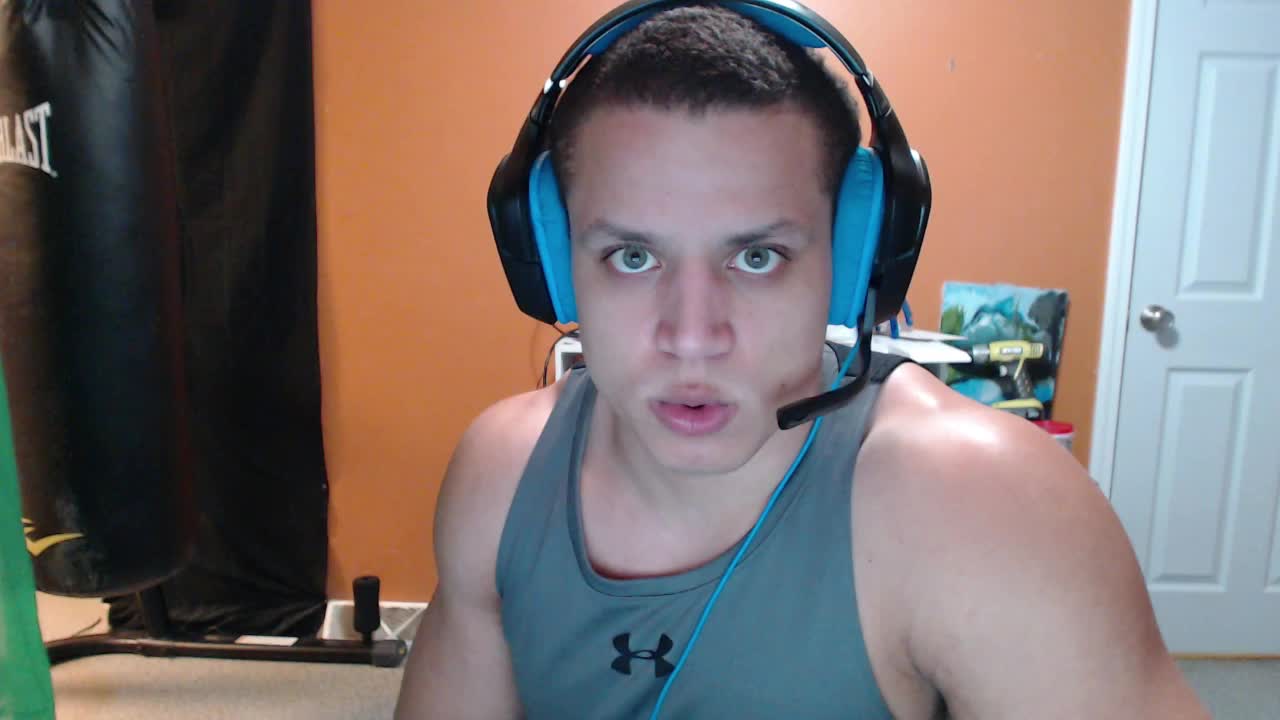 Despite the scandals, many gaming companies, including Twitch itself, are not doing enough to combat toxic behaviour in Twitch Chat. A common occurrence is to have streamers rise to prominence and fame through toxic behaviour that Twitch Chat and the Twitch community has a whole seem to encourage. Arguably the most famous of these streamers is LoL streamer Tyler1, who rose to fame through his toxicity. Riot Games banned him indefinitely as he was statistically one of the most toxic players on the NA server.

When mainstream media publications look to write negative pieces on gaming, Twitch Chat is a never-ending source of ammunition for them. Whilst esports is not defined by Twitch Chat per se, one has to think what sponsors and potential sponsors are thinking when their brand is being seen beside a chat stream spamming offensive ‘jokes’ and memes. Twitch Chat serves to reinforce all the negative stereotypes gaming has worked so hard to shake off. That the majority are a bunch of toxic, racist, sexist and angry group of guys living in their own digital and exclusive club.

How do we deal with Twitch Chat

Twitch needs to get serious about moderation and enforce a higher standard that all streams on its platform are held to. This would incentivise all stream hosts to ensure their own internal moderation team is on top of their game and clamp down on offensive commentary. 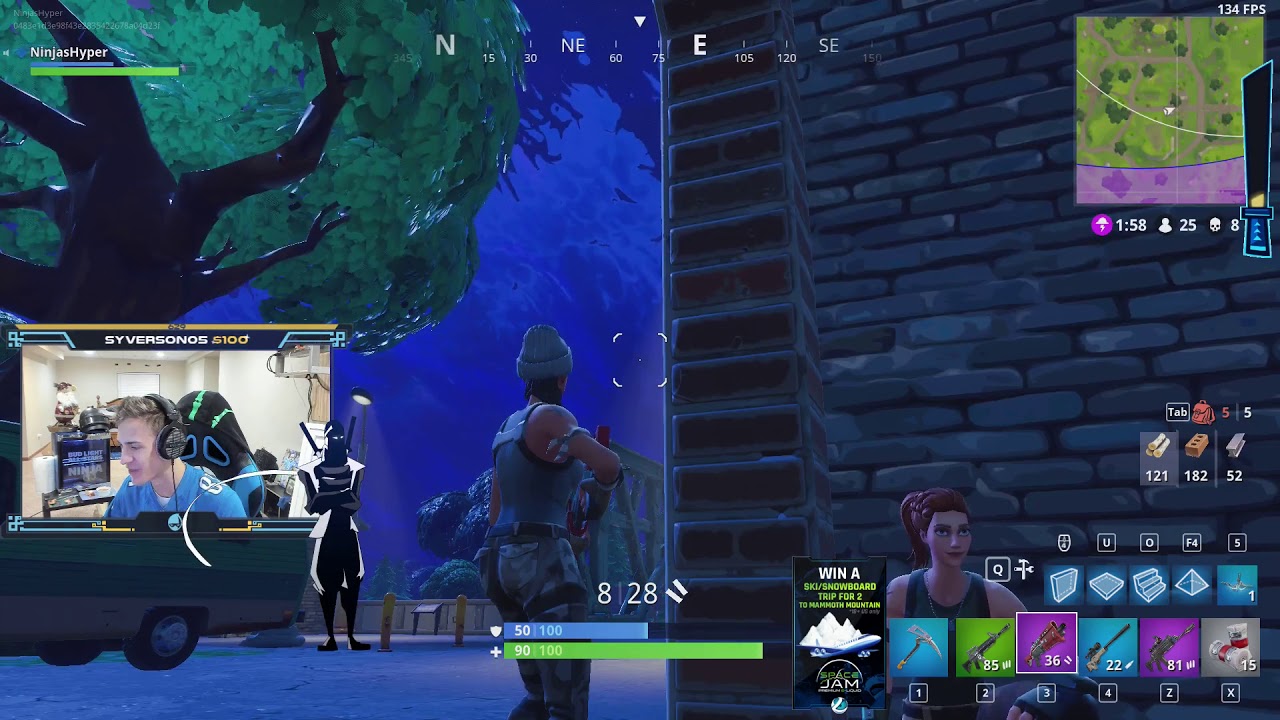 Brands, tournament organisers and streamers need to care about the image that their Twitch Chat reflects on them. They should be moderating their channels without prompting and train their moderators to deal with toxic behaviour correctly. In addition to all of that, the entire gaming community needs to take Twitch Chat more seriously and not be so dismissive of its toxic effect.

When streamers like Ninja are pulling in the likes of Drake and breaking viewing records on Twitch, the impact of Chat is more significant than ever as the first touch point many non-gamers will have interacting with our community. We shouldn’t need to wait for a pro player to have their career significantly destroyed to realise that Twitch Chat is a largely under-addressed aspect of gaming culture that has very few positive contributions.