Resident Evil 7: an experience heralded by many as a return to form. Specifically, a first-person mutation of the series’ original form. Hallways, herbs, pistols, shotguns, puzzles – Capcom’s latest scare-fest is a slow-paced trek through a veritable house of horrors. Absent from the list of things many consider ‘classic Resi’ is the series’ pervading sense of tragedy, something that’s almost impossible to itemise. A half-decent crack at it might include its foreboding musical score, its identifiably human foes and those small, seemingly inconsequential notes. 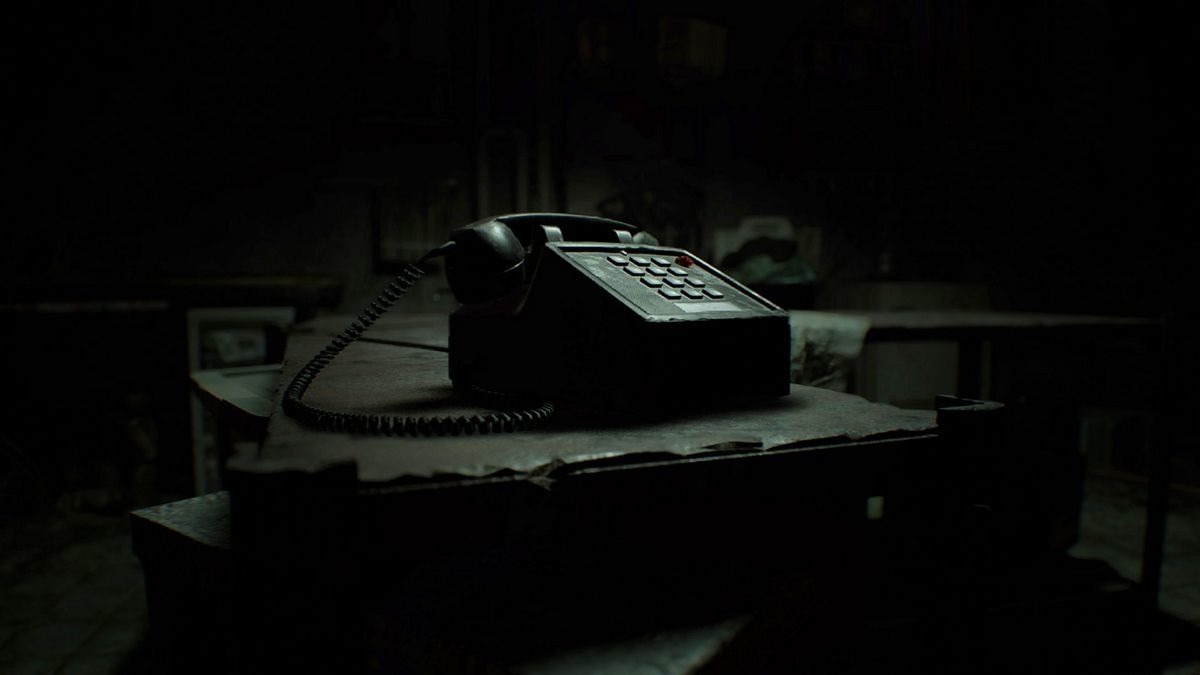 These are notes that, at a closer look, reveal a world of unspoken tragedies brought solely by the hand of man, a meta-narrative that imbues Resident Evil with a sense of humanity not entirely present in the game proper. One note tells of a love-struck researcher penning his final words to a lover. It’s a note that all-too-briefly expands Resident Evil’s repertoire into something beyond the confines of its genre. It adds a touching layer of humanity to a situation drowned by inhuman monsters.

Another tells of George Trevor, a man defeated by the very house he built. Here, Trevor’s tragedy enforces a theme of self-annihilation that thoroughly infects the progenitor’s remake. Trevor is a man ultimately defeated by a monster of his own making, unable to remember its obscure puzzles and maze-like hallways. 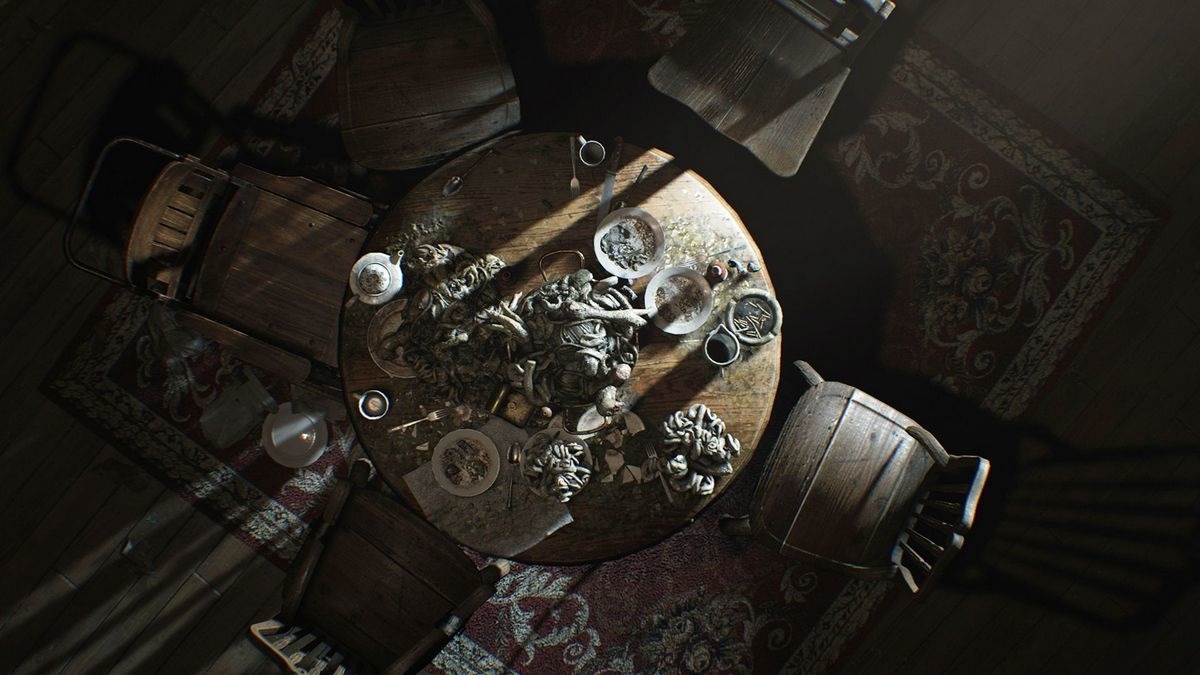 Resident Evil’s tragedy is made all the more harrowing by this same monster, a homestead seemingly built for dozens of residents. It could be said, then, that every kill shot ends one tragedy, only to begin another – with ramifications far beyond the confines of the mansion’s forest fortress. For every researcher killed, a lonely lover or fatherless family is made.

What’s more, the mansion is a haven turned against itself. A place where one big, ethically repulsive, illegal-experiment-conducting family lived in a sort of heinous harmony. This awful abode is the heart of Resident Evil’s tragic horror, as a setting in which human life should thrive is turned into a cannibalistic meat grinder.
And it’s a contrast that only adds to the game’s underlying sense of tragedy. 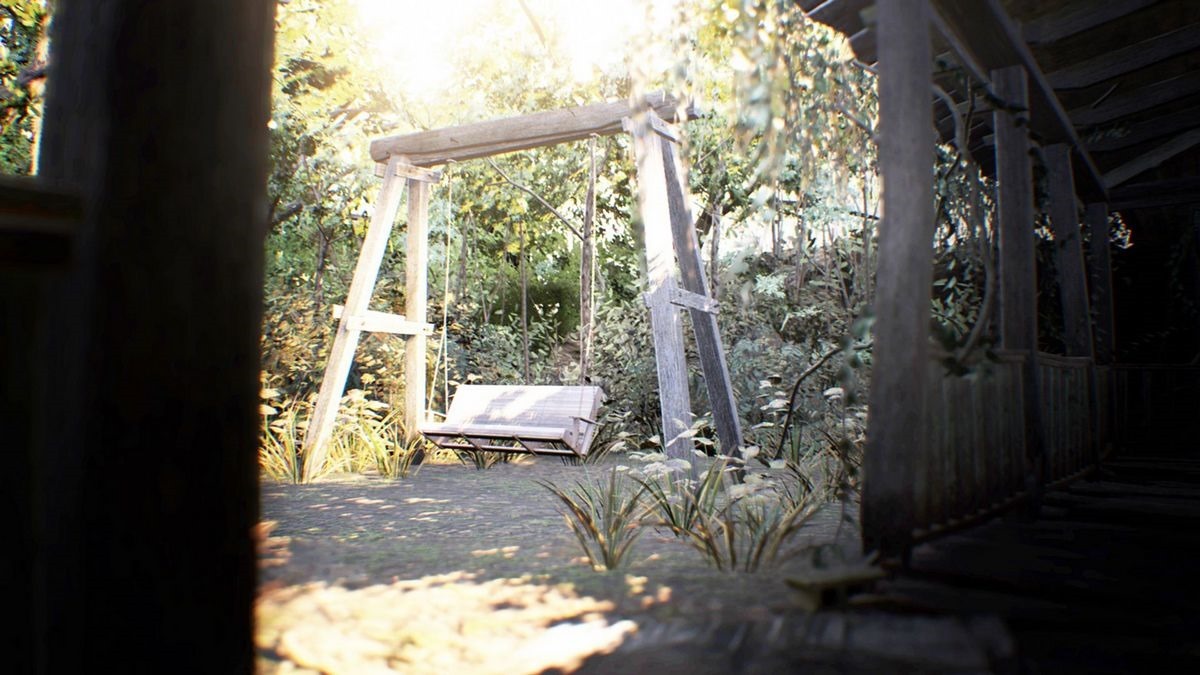 One story tells of the profound regret of some involved. This note reminds us that this catastrophe was an act of man – not a freak occurrence or a natural disaster. By this measure, it didn’t have to happen.

Until it did – because Umbrella’s researchers were as seemingly eager to meddle in life as they are compelled to feed in death. Umbrella is a single-minded entity driven to by monstrous intent.
‘Resident Evil’ isn’t just a reference to some monsters in a huge house – it’s a reference to the evil within humanity itself.

One note from the series’ GameCube debut depicts the downfall of Lisa Trevor, the teenage daughter of mansion creator, George. We get a glimpse of her declining mental state as a result of various biological experiments. This note briefly exposes us to the nature of her living hell. We’re invited to imagine her horrific transformation. 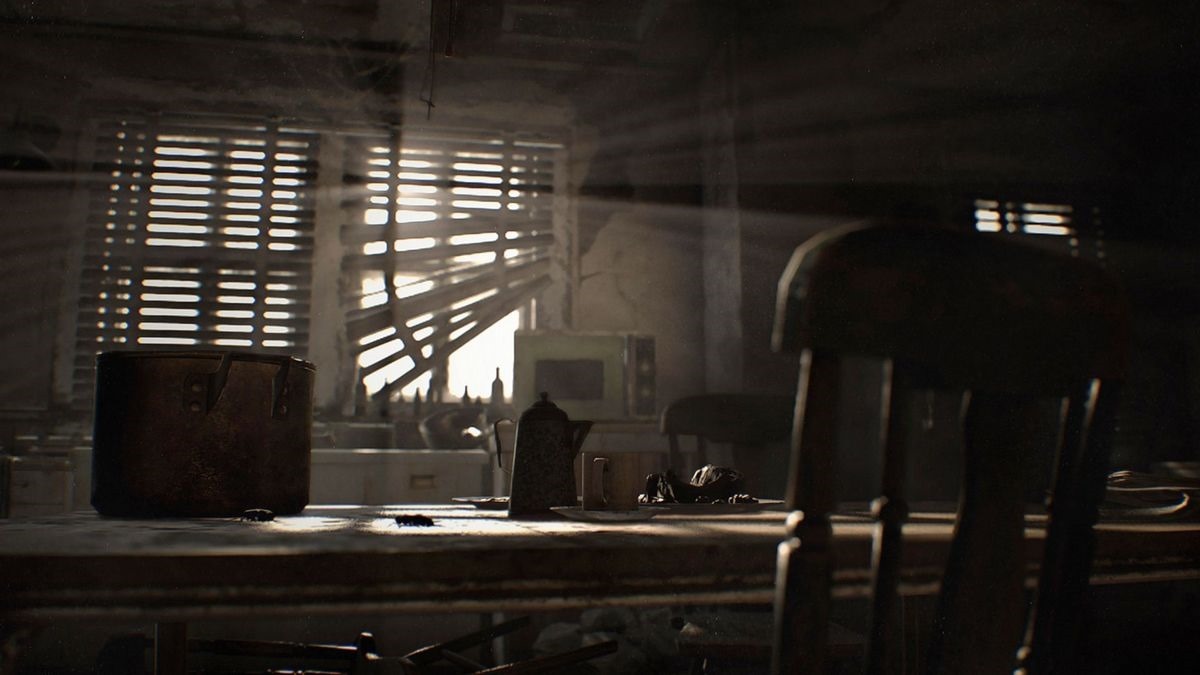 And that’s what makes these notes such a moving force within the warped world of the Spencer mansion: they invite you to imagine more than the narrative portrays. And so it could be argued that imagination – not monsters, spooky shadows or steep staircases – is horror’s real source of power. The environment and its remnants of the past give our minds the tools to craft their fear. In fact, the actual number of categorical ‘jump scares’ in Resident Evil seem few and far between. In reality, we spend our time in fear of what we expect to come – and not always what is.

These notes give our minds more to work with, as they offer a glimpse of how things were in the fall of this single-structure empire. That’s the real horror story here, the real tragedy. Resident Evil feels like an epilogue set dressed by the belongings of the very same people trying to kill us.

This effect is better in Resident Evil 7, which features a homestead that feels very much inhabited, a place where almost every room – from the kitchen to the garage to the bedrooms – feels like a place interrupted in the process of merely living. A snapshot of the lives of your enemies before they were so, a home video on ‘Pause’. 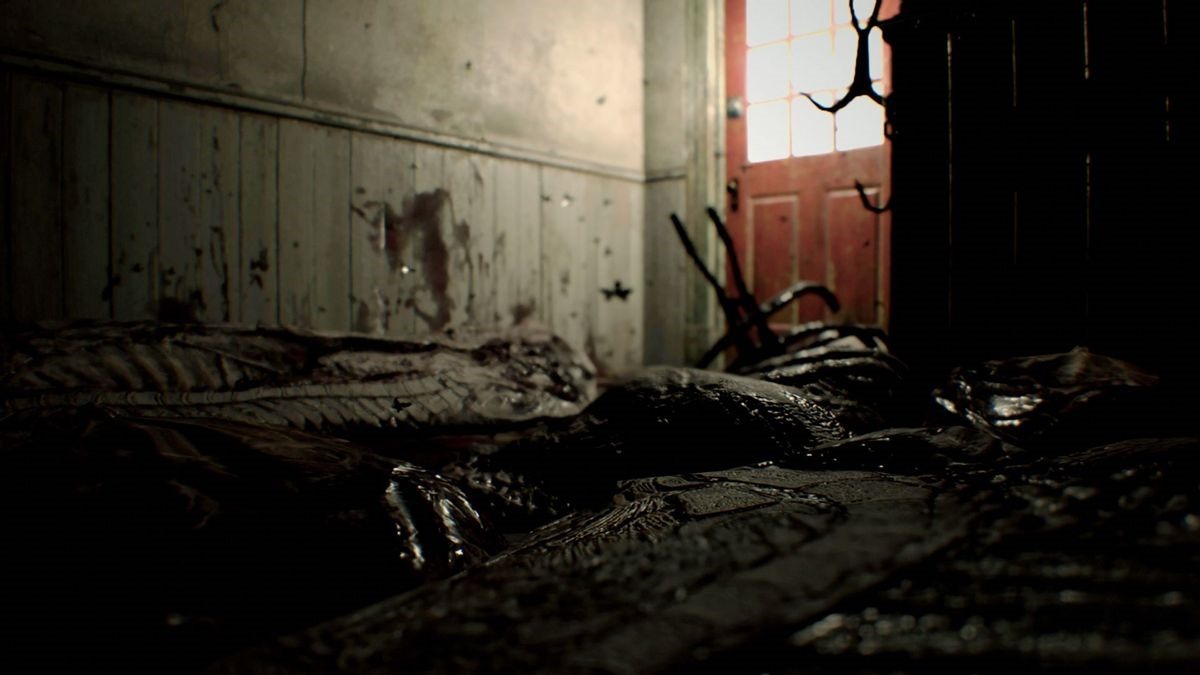 In Resident Evil 7, artefacts of what was once an ordinary life surround us. Recently scrawled notes by the Bakers suggest profoundly changed, though still human, people. And it’s their outward signs of humanity that add to the sense of tragedy. In the early stages, their redemption seems only an arms reach away. They aren’t decaying, dying creatures transformed beyond all recognition. They’re human beings wearing human clothes doing horrific things in a distinctly human way.

Resident Evil 7 transposes this tragedy into play. You kill things that are ostensibly people – people without any ideological or financial stakes in the game. There’s no visible gain for them, no high-stakes gamble to be made. In this scenario, the Bakers can only lose. 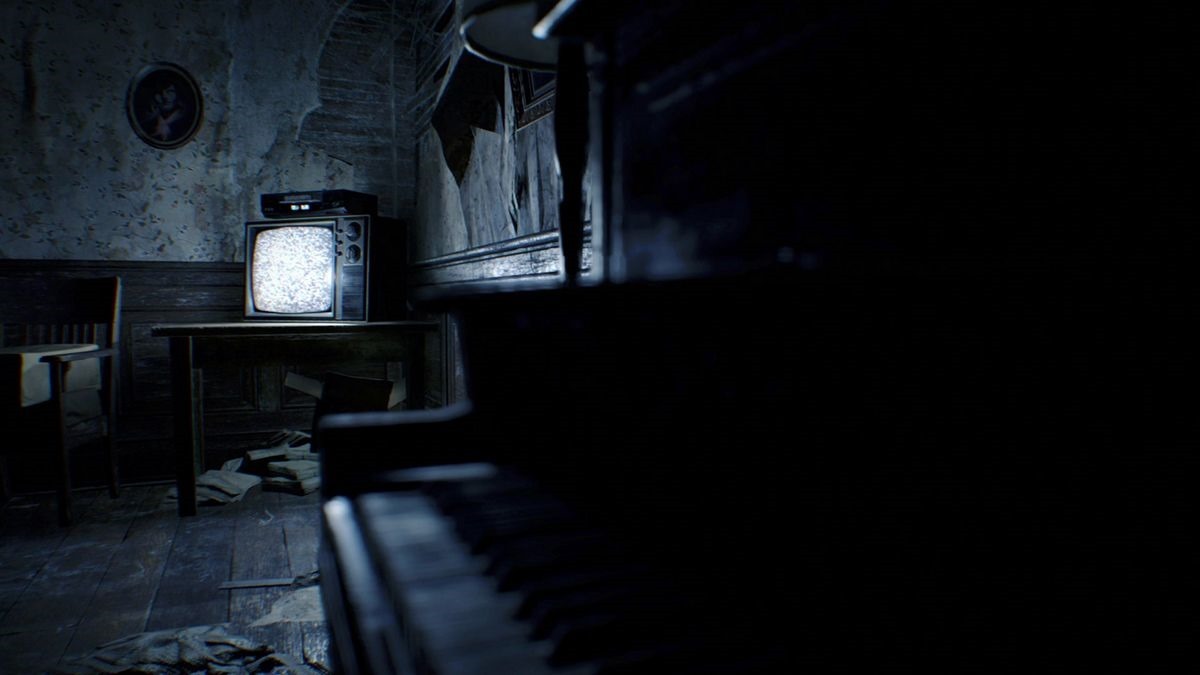 Even on the brink of death, Jack Baker never abandons his mannerisms, ordering your return to the house like a father who found his child wandering too far from the front lawn.
And your aggression only spurs the Bakers descent into madness, pushing them beyond biological redemption. Your fight for survival makes thing worse, as each bullet wound forcefully invites the horrors within to manifest themselves. 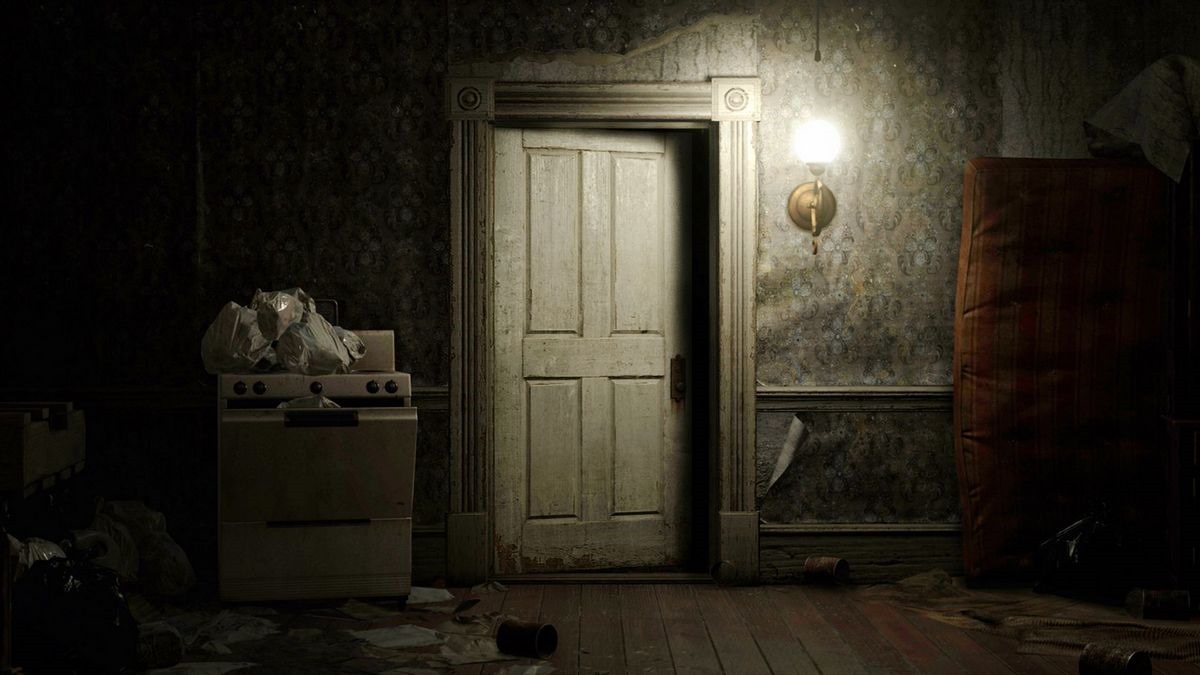 This marks Resident Evil as a ‘return to source’ as much as herbs, pistols and hallways. It’s an element perhaps lost as the series entered the era of over-the-shoulder boulder punching – and, as many argue – transformed into something almost unrecognisable. With this mutation ostensibly to continue, unprecedented fidelity and a first-person perspective offer an opportunity to humanise further the things we fight – and instil new heights of tragedy into the series.

And Resident Evil’s atmosphere – the horror, the tragedy, the misery – stands to grow all the stronger for it.