Critics largely celebrated the release of Machine Game’s 2017 sequel to their Wolfenstein reboot. The reviews hearken towards the title’s expert storytelling, meaty gun-play and eclectic cast – all merits The New Colossus certainly holds in varying degrees. Its narrative reaches into some dark and intriguing places, the gameplay often manages to make one feel supremely skilled and virtually every character is a genuine delight. However, a number of vexing decisions – small issues with writing, the anticlimactic pacing, over-reliance on simplistic stealth, and the unnecessary decision to pull control from the player – hold Wolfenstein back from its potential status as the quintessential modern First-Person Shooter. With a third and final entry to the series surely in the works already, Machine Games have the perfect opportunity to iron out the kinks and cement the franchise’s place in history.

Of the title’s many successes, by far the most highly lauded is its writing. Credit where credit is due: where it may count the most – its characters – The New Colossus improves upon its predecessor in every regard. It not only introduces fantastic new characters like Sigrun Engel, Grace Walker (especially Grace) and Norman Caldwell, its dives far further into characters like B.J., Anya and Wyatt – whose downward spiral of psychedelic drug use provides some of the story’s more affecting moments. However, it is an at times uneven affair – B.J’s backstory can come off very heavy-handed, for instance – and much of the pacing and dialogue comes across as somewhat off. 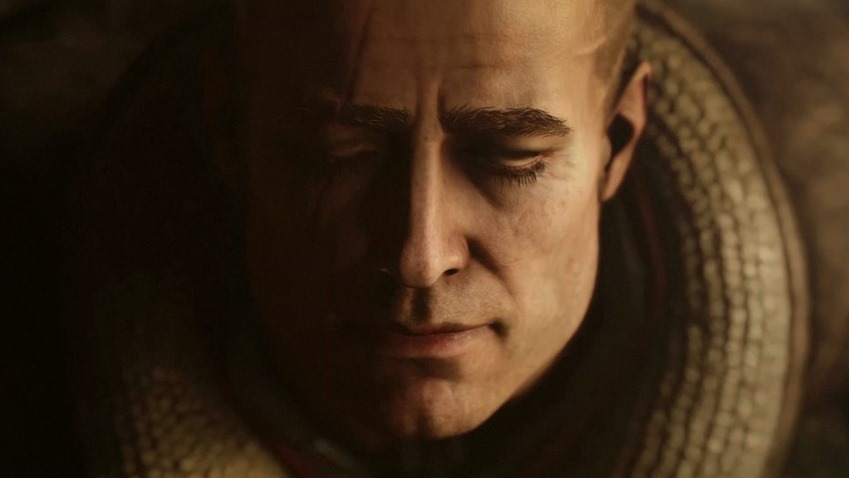 Where its writing generally fails is in-game. B.J’s inner voice is compelling in micro doses, but is often used in a manner that is far too self-indulgent, cheesy and expository for its own good. It comes across as trying to force an emotional bond when the plot and characters are already strong enough to do so alone. On the same note, the game will occasionally struggle to integrate its humour and serious moments. Like when one of B.J and Anya’s only significant scenes together (despite the plots’ whole emphasis on her pregnancy, ya know), is interrupted by another character stumbling out of the bathroom and commenting on the unholy mess they made within. Ugh.

Furthermore, the dialogue of the enemies scattered throughout the game often comes across as very forced. Nazi’s spout expressions of empathy for the Americans but behave in ways that do not demonstrate any of that empathy. That could certainly be considered a nit-pick, but small inconsistencies in writing can often be the most distracting – like how their Home base, the U-Boat had a small army of Nazi’s living within its walls; too afraid to ambush the Americans because “they were outnumbered,” despite this clearly not being the case when the player is actually tasked with eliminating these Nazis (who seem pretty well-armed considering all the scattered notes stating the opposite).

But where the writing fails itself most colossally (yup) is in the way it paces its plot. Its story of inciting rebellion against an overpowered threat is compelling, while its central villain is suitably devious, but the entire experience feels like it ends just when it begins to truly shine. The plot begins with B.J’s body in shambles: he fights through the pain, desperate to create a better world for his children to grow up in; though he knows he isn’t long for it. An advanced exo-suit keeps him moving, but the sense of doom-and-gloom is heavy regardless (and somewhat on-the-nose). Without spoiling how, B.J is given control over his body again and a new lease on life. The player feels energised and ready to rock, unaware that they have already completed about half the game by the time it decides to let you feel truly powerful.

While only reaching the peak of power halfway through a game is commonplace, it is how The New Colossus meanders around on either side of that halfway point that gives the game something of constant stop-and-start feel; with little time to let-your-proverbial-hair-down-girl. These pacing issues extend into the feel of missions and their general design in detrimental ways. Some are far too short and unengaging to feel like worthwhile efforts, while the game (more egregiously) lacks enough perfect scenarios for unleashing the full power of B.J’s arsenal. Instead, it opts for an imbalanced toss-up between stealth and all-out carnage that, for the most part, leans towards the stealth. 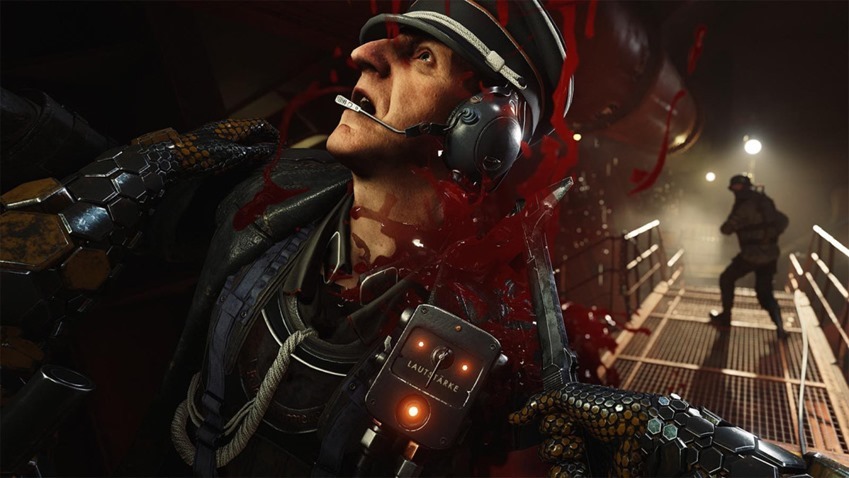 While moments like the final shoot-out or the bloody carnage in the court house are standout gunfights, the game is unfortunately lacking in these intense arenas. There are arguments to be made that The New Colossus’ shooting could have been more intuitive and responsive, but it feels fantastic on console (fight me) and can lead to some profound power-trips that allow the player to tap into the identity and potential of Wolfenstein (do not fight me). But rather than hone in on this, Machine Games creates an atmosphere that is equally friendly to stealth and practically demands it on higher difficulties. Creating the opportunity to play stealthily is, obviously, not inherently negative, but it is one that saps much of the fiery life from the general experience and draws away from the huge amount of effort clearly put into shooting – whereas the stealth mechanics are stale and superficial in comparison.

On that note of superficiality, Machine Games repeatedly makes the decision to replace what could be gameplay with a cut-scene. Transitions between missions will awkwardly freeze the game as it loads the next cut-scene, where actual gameplay could have been substituted. This occurs at a few notable points throughout the experience, where a contextual button prompt that should have led to a unique gameplay opportunity takes the easy way out instead. Its final moment, disappointingly, is the worst offender of this and really drains the momentum from what absolutely could and should have been one of the single most satisfying moments in the game. 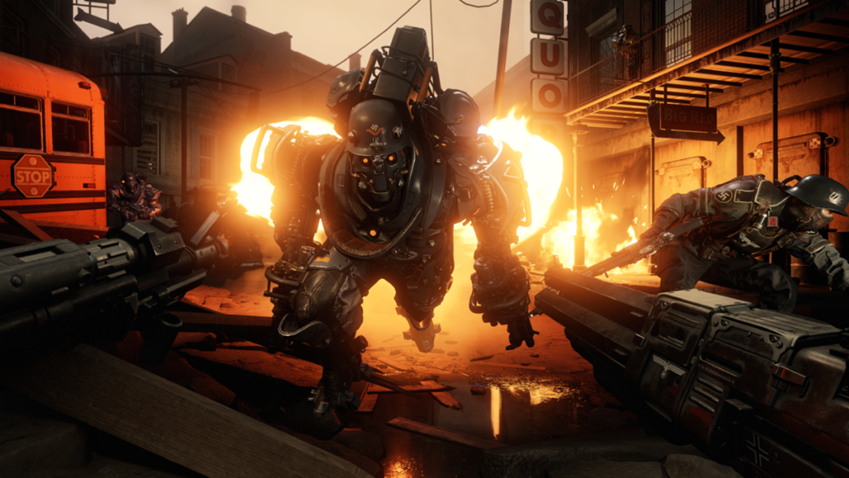 Regardless of where it went wrong, The New Colossus is an excellent video game. Its triumphs far outweigh its negatives, while its peculiar personality and tone still make it one of 2017’s best big-budget releases. It has simply yet to become the excellent shooter that it can. The parts are all there and it is just a matter of Machine Games working out how to order them in the most pleasing fashion. But with the jumps Wolfenstein II has made from the original, it is hard to imagine these talented developers will fail to realise the probability for essential status that the series has. Story-based FPS games are on a steep decline: here’s to hoping Machine Games comes around and shows us why the world fell in love with the genre in the first place.