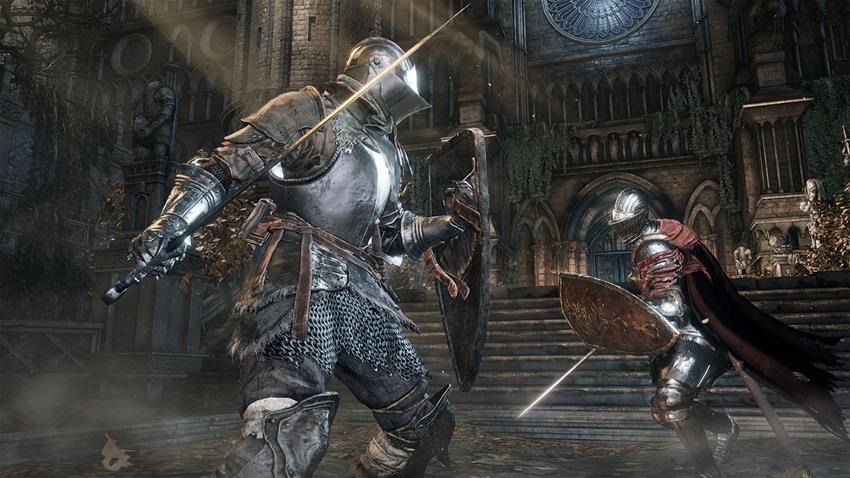 When designing a game there’s a lot that goes into features that feel hidden away, but are paramount to the feeling designers want to invoke in players. They can be as small as slight animations as a character brushes past a wall, or as large as entire levels that are meant to challenge and frustrate. Good games are designed with everything in mind, so that the absence of one element creates a sort of domino effect when ripped out. The game crumbles under the weight of its delicacy, and as a result can’t find the aspired to emotions of its players.

It’s exactly because of this reason that accessibility becomes an issue in so many videogames. Because mechanics are fine-tuned so well and encounters thought out with such depth, the inclusion of a slider that seeks to upset this balance seems impossible. And it’s only in the games we treasure the most that we see this. Because their formulas are so neatly ordered, their established premise can’t suffer the alteration of one tiny detail. 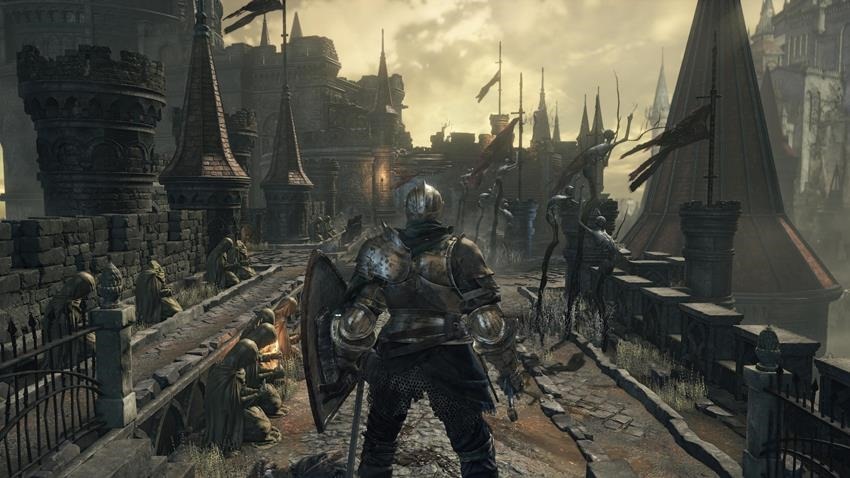 When talking about accessibility and the lack thereof, it’s very easy to pick the best candidate for the discussion: Dark Souls. The notoriously difficult RPG series by From Software has been hounded for years for the inclusion of an easier mode; one that can let other players explore its incredibly detailed worlds and rich, mysterious lore without the threat and frustration of constant death. And despite the outcry, From Software stonewalls the idea. Perhaps not because they share the mentality of their most vocal (and often obnoxious) “git gud” fan base, but perhaps because they feel the change detrimental to their overall design philosophy.

Dark Souls is built from the ground up to feel taxing. It’s meant to frustrate as a means to educate. And without the constant fear of failure, its mechanics can easily become rote and boring. The game feels purposeful because of its pace. Simply replacing that with enemies that fall quicker or move slower strips out the core principles of its combat. Simply put, I don’t think Dark Souls would be the series it is without its difficulty, considering how much of its design revolves around the assumption that it exists. 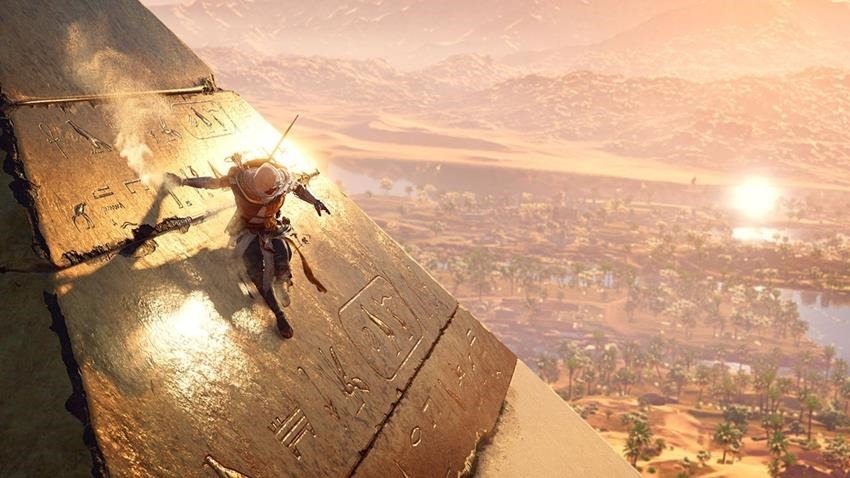 There have been countless (great) arguments disputing that, and I agree with them on many levels. One particular piece balances the design ideals around difficulty and presents an equally alluring counter to them. Dark Souls could definitely benefit from being easier – while also crucially not imposing on the players that enjoy its staggering difficulty.

The problem with that is often two-fold, and not easily solvable without the right amount of care. The first, and most obvious denominator is time. Developers, designers, artists and managers all want to push out the best game they can with the time and budget afforded to them. Adding the same attention to a completely different way to play a game adds to that workload, and it’s clear when it’s done incorrectly. Call of Duty – for all it does right – has a pretty terrible way of scaling difficulty for example. It beefs up enemy health and makes their bullets more deadly, turning the otherwise well designed shooter into a frustrating game of shooting a few bullets and waiting for the red jam face to disappear, only to repeat it again.

This is essentially why games like Dark Souls can’t have something like an easy mode simply slapped together. Or at least, not one that I assume From Software would be happy with. It’s rudimentary to assume a decrease in enemy health or an increase to your player damage immediately tips the scales in a way that maintains balance. Games go through countless iterations before that fine line is drawn, so it might not be within the time of the studio in question to invest in it. 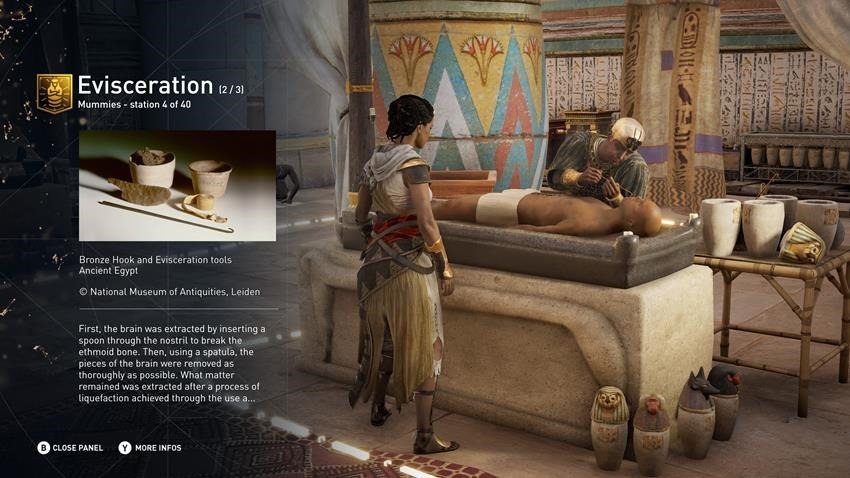 But Assassin’s Creed Origins offers up an alternative. What if mechanics weren’t the things that needed changing. If you look at most discourse surrounding a Dark Souls easy mode, you’ll see one reason bubble to the surface: the desire to explore its worlds unhindered. With Origins, Ubisoft is set to change that problem by stripping the game out in its entirety.

Its upcoming Discovery Mode allows players and otherwise curious onlookers to explore the Egyptian land without the fear of bandits or the burdens of the creed. It’s instead a historically charged endeavour, giving players an avenue to engage with ancient history and soak up all the beauty that Ubisoft’s artists painfully put together. It’s a clever solution too, from a feasibility perspective. The game and its assets already exist, and repurposing them for just another sort of lens is an easier way than rebalancing an entire game that’s meant to last over 50 hours.

It’s a smart new way to think about how different type of players might want to interact with the product being put out, and really opens the doors to potential players who have never even held a controller, but crave a new way to interact with fiction. I can’t exactly speak for how well it might perform (I suspect it might be a rousing success), but it’s a refreshing take on a means to make a game easier to approach without encroaching on the core draw. That solves one of the two issues. And the second one isn’t exactly a facet I personally considered properly until recently. initially, this piece was meant to end somewhere here, drawing the line of comparison between a game that refuses to budge with another that approaches accessibility in an entirely new way. But what about creators actively going out of their way to break their treasured creations? What about Celeste?

Celeste might sound familiar, because it’s one of those incredible January surprises we’ve come to expect with the new year. It’s a tough as nails platformer that tests both reflexes and forward-thinking, and might be most easily compared to the likes of Super Meat Boy. But Celeste features something that games of this ilk rarely do. Despite its white-knuckle, hardcore facade, Celeste wants all players to be able to engage with it in some way. So it does the unthinkable: it lets players break all of its puzzles. And encourages them to do so if the need arises. 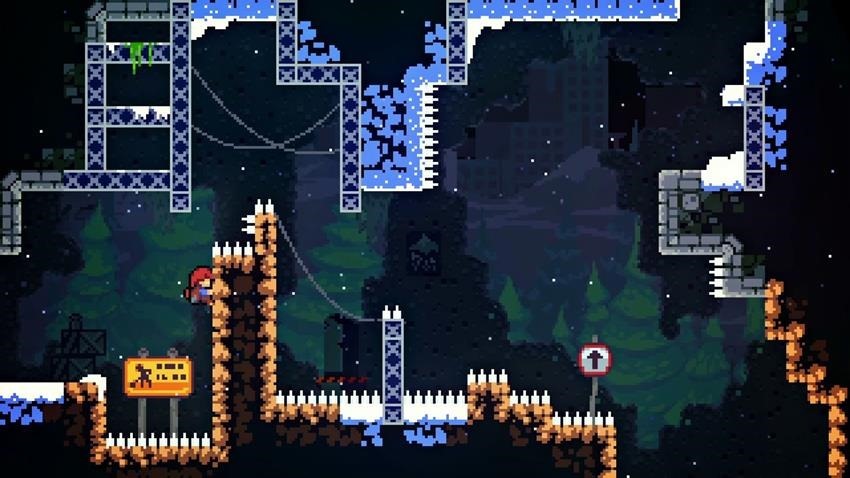 Celeste is about timing and precision, but the game’s Assist Mode throws that out the window. Players are free to dash mid-air indefinitely, have falls and movement slowed down to make timings easier, and straight up switch the threat of death off completely. And it never makes you feel guilty about it. The hours and hours spent perfecting routes, brainstorming puzzles and precisely placing elements in levels is undone by the flip of a switch. And by designer Matt Thorson.

There’s a great interview conducted by Waypoint’s Patrick Klepeck on this very issue. Thorson and his team analysed the reception Cuphead got late last year after the incredibly challenging shoot-em-up failed to do what so many games like it attempt: alter the game in a way that retains the core design but makes it easier. It meant stripping out certain boss attacks and phases, but the game wasn’t any easier because of it. And unlike Celeste, Cuphead made sure you were aware that it wasn’t how the game wanted to be played, and stifled your progress as a result. 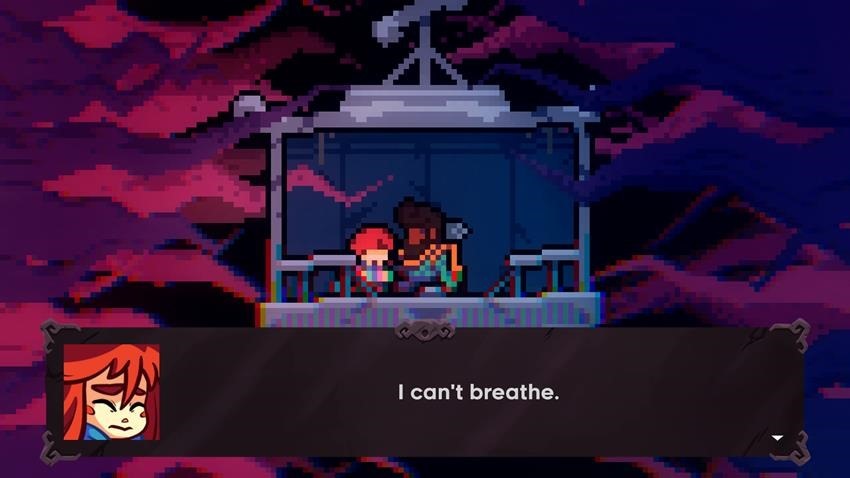 Thorson says this was important for him to understand what a true accessible mode should be, and it’s why they renamed their framework for it in Celeste from “Cheat Mode” to “Assist Mode”. Guilt tripping players was something Thorson wasn’t going to settle on, but he understood it meant creating an experience that went against everything he had worked on to make Celeste feel like something particular to its players. It’s a very difficult process for a creative, as Thorson so plainly puts it.

“From my perspective as the game’s designer, Assist Mode breaks the game. I spent many hours fine-tuning the difficulty of Celeste, so it’s easy for me to feel precious about my designs. But ultimately, we want to empower the player and give them a good experience, and sometimes that means letting go.”

But it worked. Celeste is every bit the challenging, intense platformer players and critics alike love it for, but also the easy to approach game about climbing and depression for those who don’t. Because Celeste doesn’t compromise on the default, it doesn’t matter that the alternative exists. It’s there for those who seek it out, and not a hindrance for those who never think of it even once. Why can’t this be a process that From Software chooses to follow? 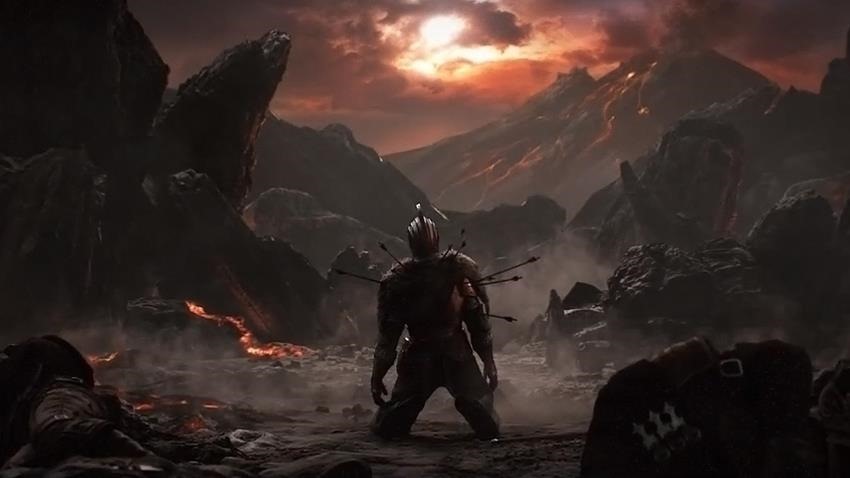 At that point it becomes a question of principle. Thorson acknowledges what he must personally suffer to make his game reach a wider audience, and watch some players bypass all the late nights of hard thinking and iterations upon iterations of ideas. But he also gets to see the joy of players who would otherwise have missed it entirely. Dark Souls traps its fascinating features behind the same type of wall, and From Software doesn’t seem like it shares the same ideals as Thorson does. And that’s perfectly acceptable too, because it’s their vision. But it’s one that is losing ground to the arguments that support it.

Certainly though, it’s interesting to see design philosophies morph as time continues to pass. Games are reaching more people than they ever have, and it’s easy to cherry-pick examples where accessibility is given too much slack to work with. But these aren’t problems that players should be faced with. These are, at their core, design issues that are slowly but surely being worked around in increasingly creative ways. And it means more varied games reaching greater audiences in the future, which anyone can hardly argue against.