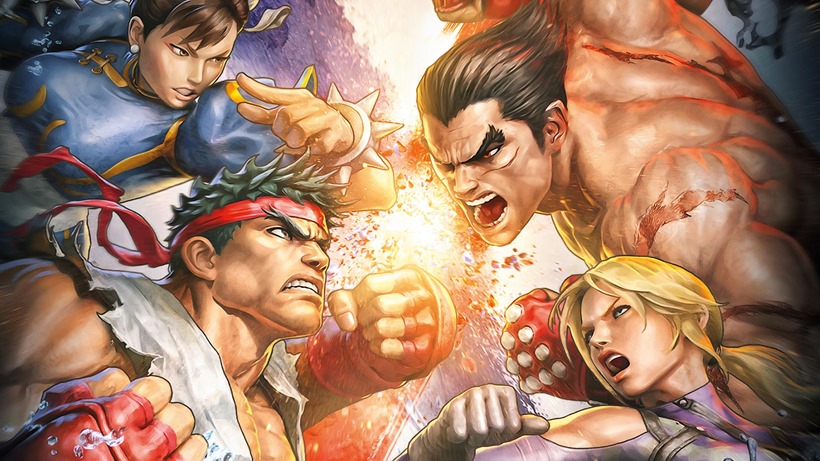 I prefer Tekken to Street Fighter (and just like that, Geoff is on his way to murder me). Don’t get me wrong, Capcom’s fighter had my attention all those years ago with SF2, but Tekken became my punchy title of choice soon after – mostly because I realised that it let me button mash enough to look like a seasoned professional. Wow, how good am I at Eddy? Kick kick kick kick COMBO DAMN I’M LITERALLY THE BEST! Also, I’m totally kidding… whoever picks and plays that breakdancing Brazilian deserves a thousand years of torture.

Anyhow, how cool would it be to see the likes of Ryu, Ken, or even Blanka in Namco’s 3D fighting environment? That was the idea with Tekken X Street Fighter, which was announced way back in 2010.

Is the game still in development? Apparently so. The Tekken series producer, Katsuhiro Harada, said as much in an interview with Famitsu (translated by Siliconera). He was teased about having forgotten about the development of Tekken X Street Fighter:

“That’s not true! I’ve been saying this since before, but the fact of the matter is that we’re at a pretty far stage into its development. It might seem like we haven’t started on it at all, but the character lineup has been decided upon since a very long time ago, and we’ve already finished the polygon models, moves, and systems”

Namco cant really be blamed though – they’ve been working on Tekken 7 and several other titles. That and Street Fighter V is on the way, and we’ve just recently had the launch of Mortal Kombat X. No wonder Harada is having a difficult time deciding when the best time to launch would be.

Oh, and I haven’t forgotten about Street Fighter X Tekken. It came out a few years ago already, and to my knowledge, has been mostly forgotten. Let’s hope the same will not be said of Tekken X Street Fighter. I have faith Namco!

Now if you’ll excuse me, I’m off to board up my house so Geoff can’t beat my afro – the source of all my power – into a pulp. WRITE THAT ON MY TOMBSTONE WON’T YOU?