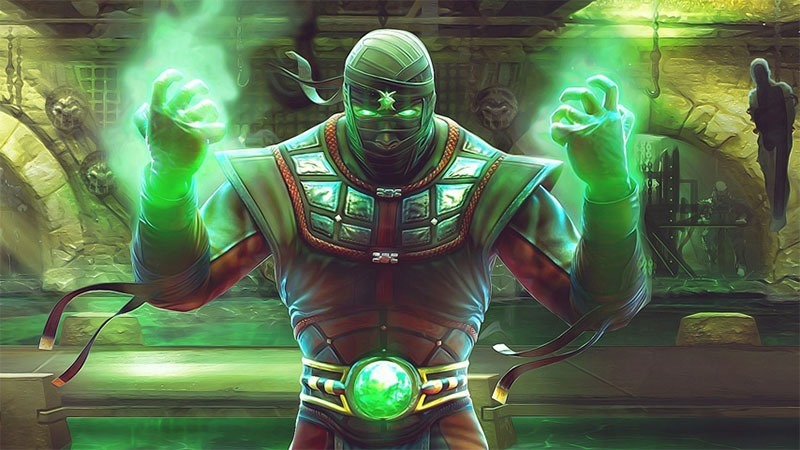 We’ve had a bit of an office bet going. Well, Darryn and I have. After yesterday’s Mortal Kombat teaser, I put money down that the next fighter to be revealed by NetherRealm in their annoying, trickle-down manner would be the TK with the PK, Ermac. Darryn was convinced that it was the oily-smoke machine, Noob Saibot. He was wrong, and I am right – and now I’m revelling in cash.

Yes, the latest character to be revealed is indeed the telekinetic, body-slamming soul-reaping ninja Ermac. Ermac’s repertoire includes telekinetic grabs, projectiles and teleportation. Like all of the other characters, he has three styles of play; Master of Souls, Mystic and Spectral.

Starting out as a rumoured character from the first game, ERMAC was in reality little more than an error code found in the arcade game’s audit menu. The rumour persisted, perpetuated even more by the same folks who caused the Street Fighter 2 Sheng Long craze, EGM. Eventually, Midway added him as an over-powered palette swop of the other ninjas in Ultimate Mortal Kombat 3. He got his own real character in Mortal Kombat: Deception – and has since become quite a fan-favourite, thanks to his juggle-friendly telekinetic powers and otherworldly, gross fatalities.

Mortal Kombat X is coming to PC, PlayStation 3, PS4, Xbox 360 and Xbox One in April.

The question now, is what exactly I’m going to do with the fifty bucks I just won off Darryn.