WWE Smackdown LIVE was held from inside the Smoothie King Center in New Orleans. Here’s all the action that went down. 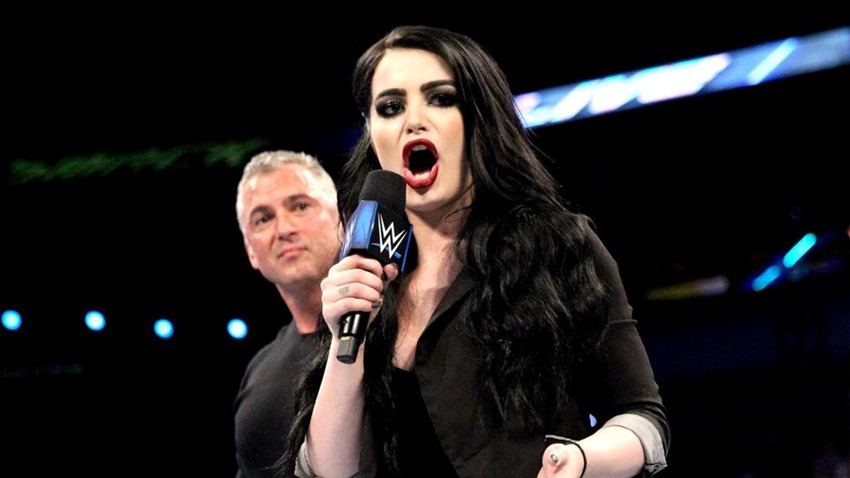 Where one journey ends, another begins. With Paige’s in-ring career over and Daniel Bryan resuming his, Smackdown LIVE was in need of a general manager again. Tapping the talents of Paige to run Smackdown LIVE, the former superstar decided to announce a hell of a main event: Daniel Bryan competing in his first Smackdown LIVE match in three years, against none other than WWE Champion AJ Styles. 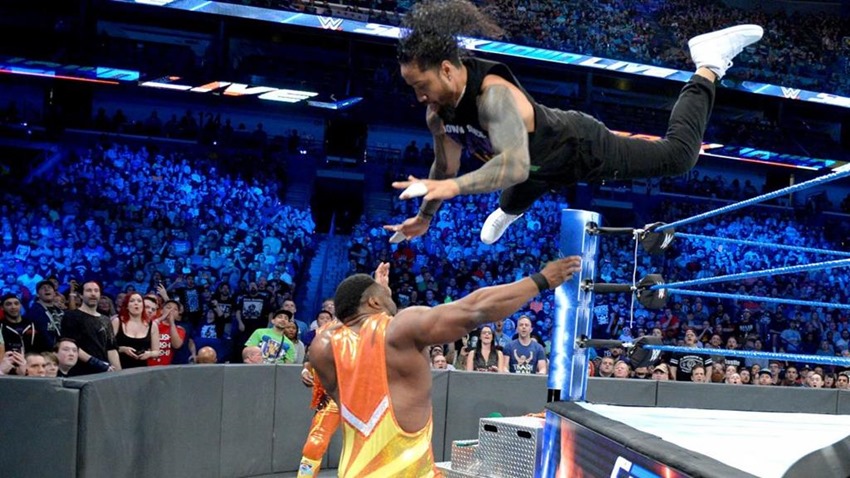 Smackdown LIVE has new tag team champions in the house, as the Bludgeon Bros. successfully busted their way out of The Usos penitentiary to capture tag team gold at Wrestlemania. That left two of the most decorated teams in WWE history hungry for a rematch, but only one squad would get the nod: The Usos.

In a high-pitched battle against the New Day, the Usos clocked Xavier Woods with a Superkick and splash combo that earned them the right to face Luke Harper and Rowan for the titles at the upcoming Greatest Royal Rumble event. 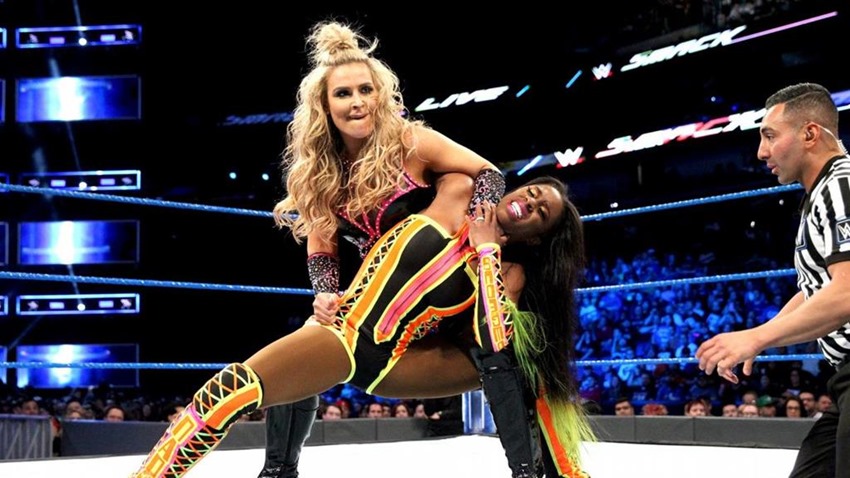 With a win in her pocket at Wrestlemania, Naomi kept that streak going with another victory over Natalya, besting her with a picture perfect split-legged moonsault.

Carmella became the SmackDown Women’s Champion, successfully cashing in her Money in the Bank contract after Billie Kay and Peyton Royce laid out Charlotte Flair 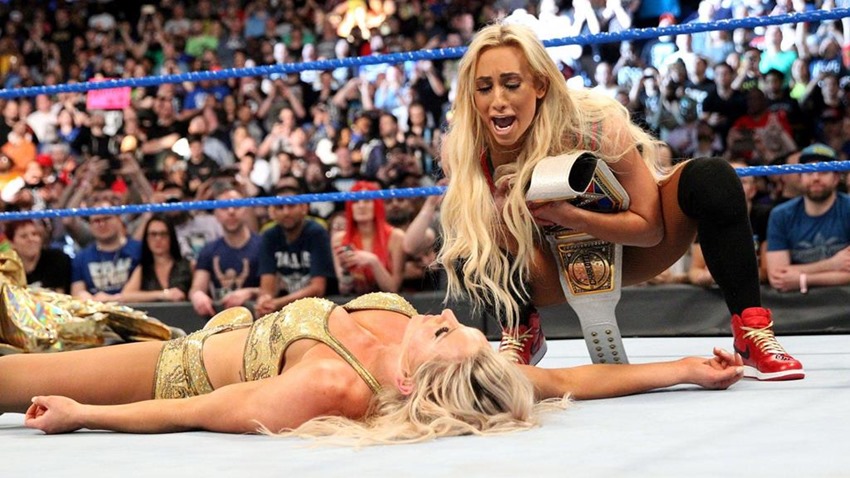 Charlotte Flair may have ended the streak of Asuka at Wrestlemania, but her own reign as Smackdown LIVE Women’s champion came to a screeching halt when NXT’s Billie Kay and Peyton Royce decided to make an impact their first night on the blue brand. Damaged and wounded, Carmella finally cashed in her Money In The Bank contract, connected a kick to the royal head of the Queen and was crowned the new champion.

Not exactly a good night for Charlotte Flair. 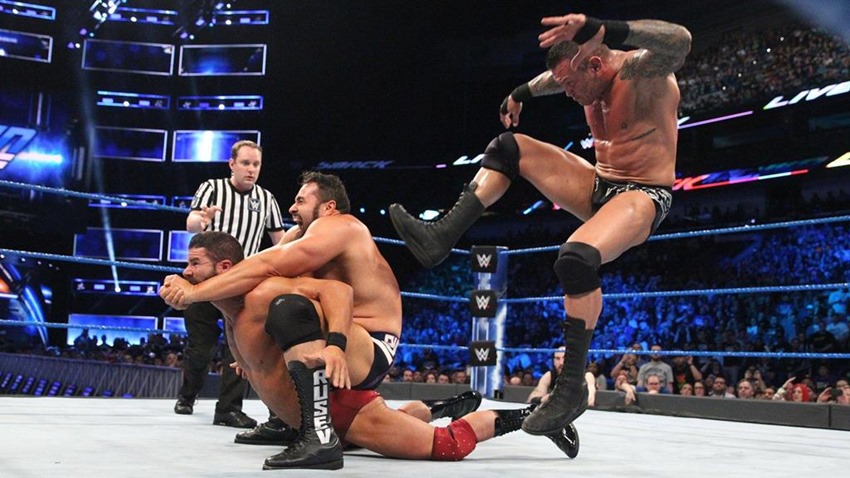 While new United States champion Jinder Mahal watched on from outside the ring, Wrestlemania’s trio of challengers who came up short battled one another for a chance to face the modern day Maharaja for the belt once again. Randy Orton came out on top, hitting an RKO on Roode at the last second as he set his sights on reclaiming the championship that he’d lost.

AJ Styles vs. Daniel Bryan resulted in a No-Contest when Shinsuke Nakamura interfered 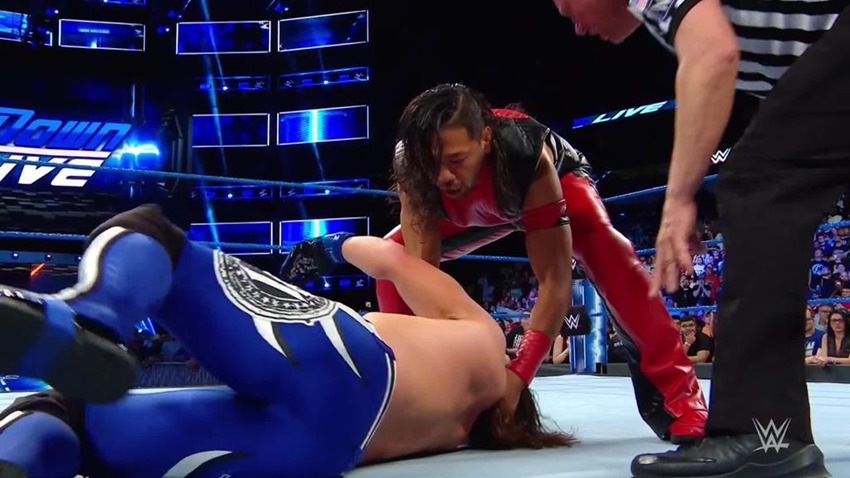 A match years in the making, Daniel Bryan and AJ Styles didn’t disappoint when they met inside the ring, throwing out a dizzying selection of high-impact moves against one another. With the top rope becoming a second home for the men, it was a dream match that ended in a nightmare, as Shinsuke Nakamura made his way to the ring and caused a scene.

With a no contest declared, Nakamura delivered a Kinshasa to Bryan and low-blowed Styles before another Kinshasa found its mark, as Nakamura left both men writhing in agony inside the ring. 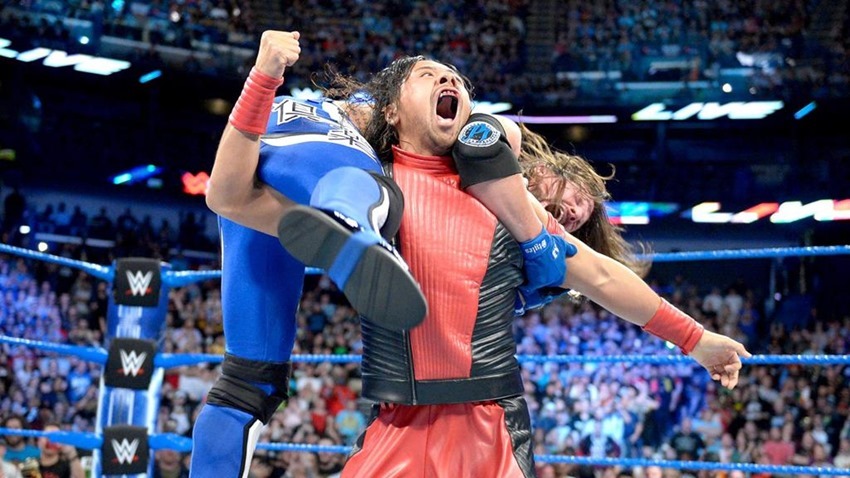