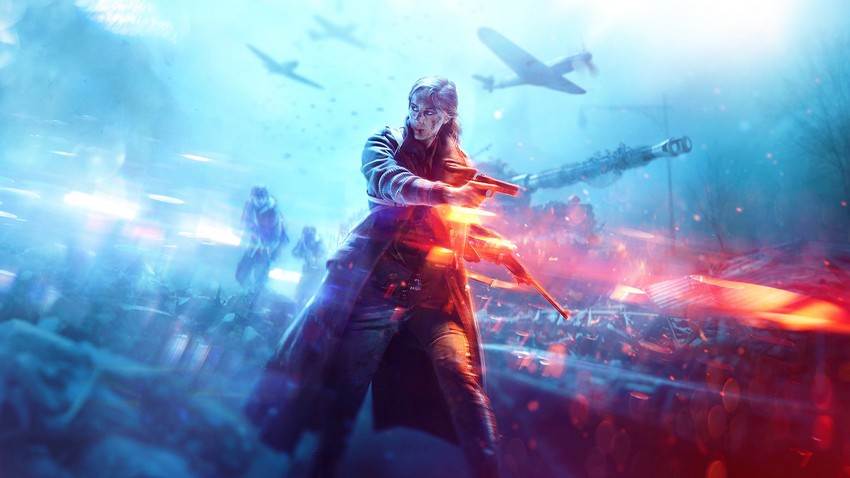 In case you missed it, the Battlefield V live reveal was held last night and it was short but very sweet. Host Trevor Noah took to the stage with producers Andreas Morell, Lars Gustavsson, and Ryan McCarthur from developers DICE and wasted no time in nonchalantly revealing that the game will indeed be going back to its roots and be set in World War II, as had been suspected.

The concern with returning to WWII though is that it’s an era that has been explored so much in pop culture already, making it very difficult to keep fresh, as Noah pointed out. Morell answered, explaining that while “We’ve seen all the movies, and played all the games” it was all about “hitting on the unseen locations, the untold stories, the unplayed moments.” Gustavsson teased some of these unseen locations like “freezing” Scandinavia, the deserts of Northern Africa, or “the once-beautiful Rotterdam.” 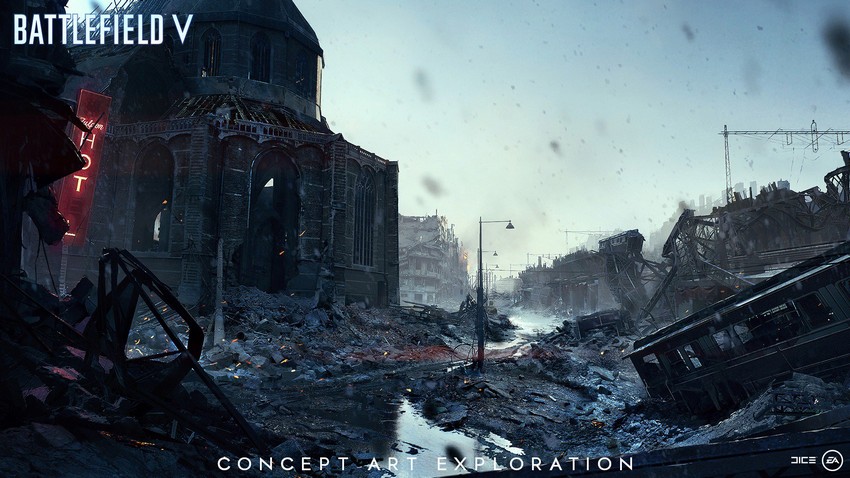 And it turns out we will be able to explore those unseen locations with some friends – yes, Battlefield V will see the return of four-player co-op gameplay. Called Combined Arms, you will be able to squad up with your mates to play through missions as the Pathfinders, paratroopers that go behind enemy lines without any support. It sounds like Combined Arms will also have you scrounging for resources as you make it to objectives, raising the stakes further as you need to decide if you can push through or extract early.

A more recent return will be War Stories, the anthology of mini-campaigns introduced in Battlefield 1, which will once again be touching on real events and people in WWII. According to Gustavsson, these will allow players “to witness the Second World War but through the eyes of the men and women who changed the world.” The first of these War Stories was also teased, showing that we will be following a young woman who was part of the Norwegian Resistance fighters fighting against German occupation.

Along with War Stories and Combined Arms, the traditional multiplayer is also getting a big bump in Grand Operations. An even bigger evolution of the already large Operations mode introduced in Battlefield 1, Grand Operations are multiplayer matches that are stretched over several maps, with progression being dependant on the results of the game itself. A Grand Operations match will actually take place across four fictional days, with the actions and outcomes from each day dynamically adjusting the objectives and resources of the next. Each day may also make use of a different game mode like the returning Conquest Assault or the new Breakthrough. If the game actually makes it all the way to Day 4, both teams will be tired and broken with very little to no resources left, forced to fight to the last man/woman with whatever they can muster. It was explained that you may never actually even see this final day in Grand Operations depending on how the teams fared earlier, but if you do it will really make for a dramatic experience. 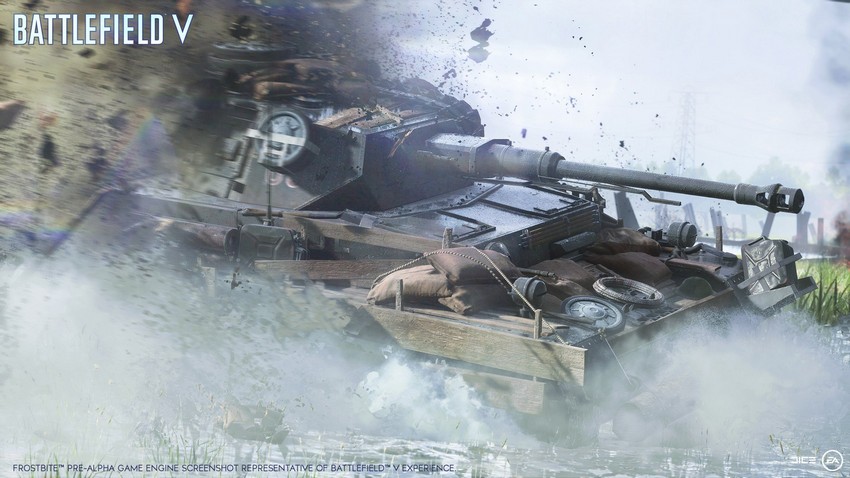 Besides for the new modes, just playing the game will also feel new and fresh now thanks to a newly overhauled movement system (for example, you can now drag downed friendly players to safety) as well as additional physics effects like characters reacting to the shockwaves from explosions or being able to shoot grenades in mid-air. The franchise’s trademark level destruction is also back, but a neat new addition on the opposite end of the spectrum will be the toolbox, which now gives players the ability to build up fortifications. These fortifications can be used to build impromptu cover, repair previously destroyed buildings, or even create foxholes, giving players brand new offensive and defensive options.

There was still a lot more to break down in the reveal session, which we will do shortly, but after reading all of that I’m sure you want to see some action as well. Luckily, there was a ton of that in the first official reveal trailer, which showed snippets of the co-op play, the new movements and effects, as well as some of the crazy destruction and mayhem players can expect. Enjoy!

Battlefield V  is set for release in October 2018.