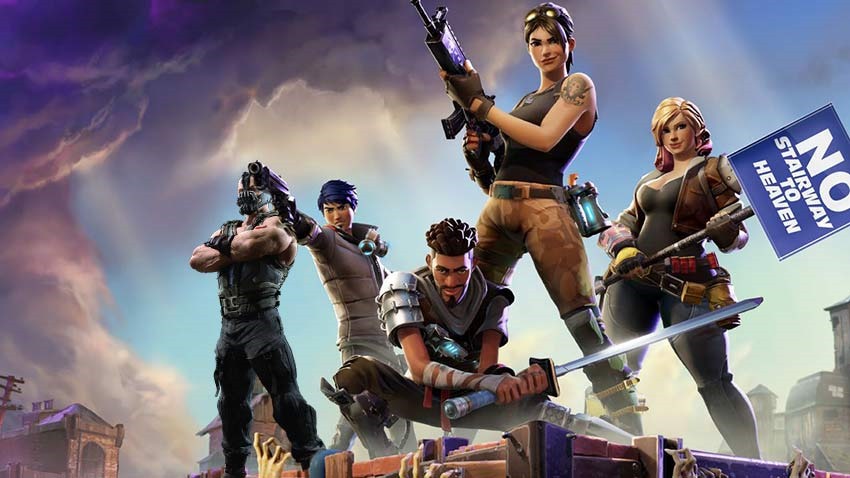 In the immortal wheezing Caribbean-accented voice of Bane from The Dark Knight Rises: “tImE tO GO mObILe”. Current “let’s kill EVERYONE on the map” tour de force Fortnite: Battle Royale has its eyes on more than just the usual trinity of platforms, as developer Epic Games have announced that they’ll be porting their full 100-player experience to iOS and Android mobile devices. Presumably with some kind of sorcery. “Same gameplay, same map, same content, same weekly updates,” Epic wrote in a forum post.

We believe this is the future of games. The same game on all platforms. Console quality graphics and action. Play when you want, where you want.

That’s a bold move, made even bolder by the fact that Fortnite: Battle Royale will feature cross-platform play and progression between PS4, PC, Mac and iOS devices. For Android users, it’ll take a little longer to get the link working. Epic says that players will be able to join a squad even if they’re on a different device, although I can only imagine the kind of advantage that PC/console players will have.

Epic’s Nick Chester broke down more details into how the cross-play will work:

PS4, mobile, PC, and Mac. Yes. Opt in for players who want to squad up. Cross progression, too.

Yeah, that’s correct. A PC player won’t end up playing in a PS4 or mobile game, for example. It’s opt in for players who want to squad up with friends.

Look, I still can’t shake the fact that Fortnite: Battle Royale is an unashamed clone of many of the ideas that made PlayerUnknown’s Battlegrounds such a smash hit. At the same time, it’s also the kind of game which has managed to out-PUBG PUBG. It’s chaotic, fresh and the interaction between developers and fans is second to none.

It’s also free, supported by cosmetic microtransactions and apparently tons of silly fun according to Gavin. For anyone looking to go mobile, Epic say that Apple devices such as the iPhone 6S/SE, iPad Mini 4, iPad Pro, iPad Air 2 and iPad 2017  handhelds will be needed to run Fortnite: Battle Royale. Android users, you’ll need similarly-specced hardware to join in on the fun.