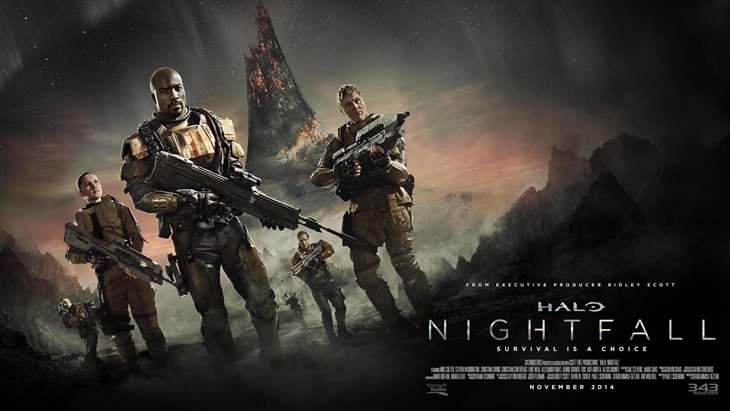 We may be many, many years from ever seeing Halo debut on the big screen, but TV is a whole different matter. Halo: Nightfall fills in that gap as Xbox delivers on its digital entertainment promise this November. San Diego Comic Con is in full swing right now, and it’s provided a first look at the upcoming show that bridges Halo 4 and Halo 5: Guardians. Check it!

Bridging the old and new-gen Halo games, Halo: Nightfall follows Jameson Locke and his team on the planet of Sedra, as the origin story of the legendary manhunter unfold.

Led by Locke, the Office of Naval Intelligence (ONI) agents are forced to coordinate with a Sedran commander with a remarkable history and deep-rooted mistrust of ONI. As the plot unravels, they’re drawn to an ancient, hellish artifact where they’re forced to fight for their survival, question everything, and ultimately choose between their loyalties and their lives. Agent Locke is a new character in the Halo universe poised to play a major role in Halo 5: Guardians releasing on Xbox One in 2015. 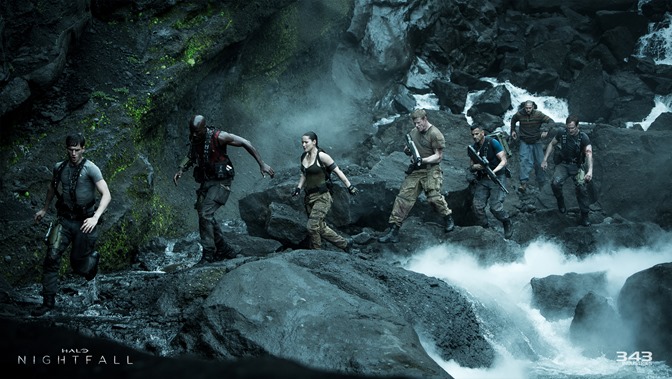 With Halo: Nightfall, we’re pioneering a new medium in terms of interactive storytelling on Xbox.  It’s going to be fun for long-time fans to see how the worlds come together with an ambition to attract new fans along the way with what we’ve created.

Well it sure does look pretty. Say what you like about Microsoft, I kinda dig content like this. Also I’m completely biased because I am a Halo fanboy, and yes, I’m looking forward to this after the fun romp that was Halo 4’s Forward Unto Dawn.