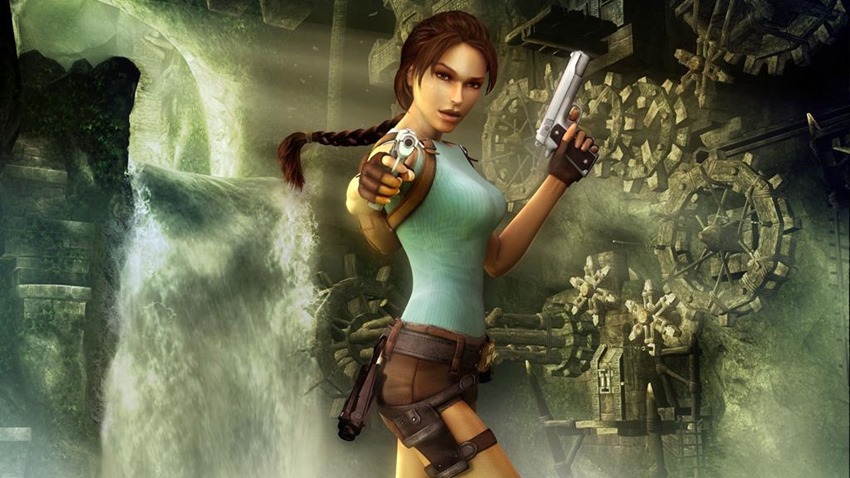 It’ll likely be a long wait for Lara Croft to return to her roots of pillaging cultural ruins, but after a trilogy that was at least 66% brilliant, the idea of giving the franchise a chance to rest doesn’t sound like a bad one. Now’s actually a great time to revisit the older games, to see just how far the series has come over the years and if you were in the mood for a properly nostalgic dose of teal swimsuits and 9mm guns akimbo, then here’s a blast from the past.

In 2006, Core Design had almost finished a tenth anniversary remake of the original Tomb Raider for Sony’s underrated PSP handheld console, but this game was eventually cancelled and ditched so that Crystal Dynamics could roll out 2007’s Tomb Raider Anniversary instead. Core’s work wasn’t wasted though, and it’s game assets were used to create an Indiana Jones game…which was also never released.

Core would close shop in 2010, and this particular Tomb Raider game would become the stuff of legend. Historically that is, not 2006’s Tomb Raider: Legend. But plot twist! It looks like the old Tomb Raider game has survived the ages, as it has popped up on the Internet Archive. Instructions on the Tomb of Ash website have detailed how you can can play an alpha version of Tomb Raider: 10th Anniversary, which involves a little bit of downloading, installing a patch, and having a PC-compatible controller ready.

Here’s the catch: While you are able to pull off nimble Tomb Raider acrobatics, go for a swim, and explore the levels of Croft Manor, Peru, and Greece, there’s no combat to be experienced. Still, it’s a fascinating trip back in time to see what Core had planned, before Crystal Dynamics rocked up to the scene and took over Tomb Raider for the 2010s.

As for how long this build will be available? The fans hosting said that they’ve reached out to license holders for permission to publish it lest they awaken the unspeakable evil of lawyers wielding copyright infringement notices, but have yet to hear back. Now that the game is on the Internet and news on it is disseminating around Tomb Raider circles, it’ll never disappear completely even if Square Enix attempts to blow up the web.

And on that bombshell, a quick reminder that Shadow of the Tomb Raider is the January freebie on PlayStation Plus right now.