There are some times where having to play games for a living becomes a chore. It usually starts with a game, one that makes me regret every waking moment I spend with it. I want to stop playing, but I can’t, because I have to finish it to see if there’s any shred of value that someone like you can find in it.

Usually there’s something, hidden deep down at the bottom of the barrel, that makes the experience even marginally worth it. Sacred 3 has this, but unfortunately it’s the first thing that the game has to offer. After that, it’s a steep slide downhill. 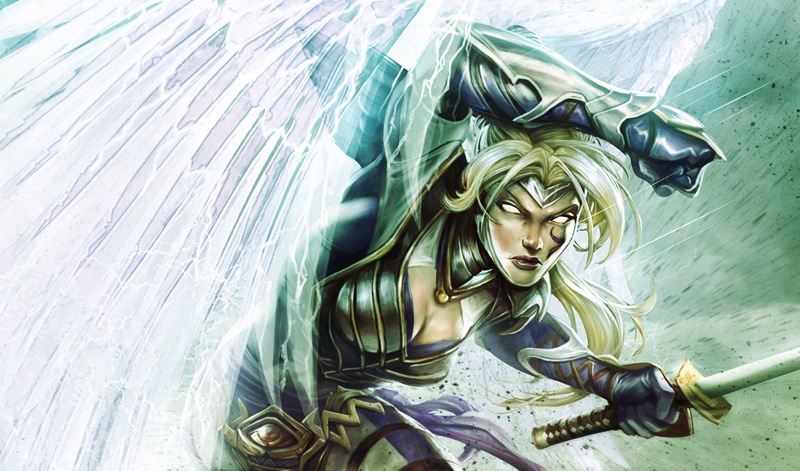 Co-op couch experiences are making a comeback, spurred by the success of Diablo III on console. From the moment you start Sacred 3 up, it’s clear that the third entry into the series drops everything it learnt in the past to satisfy this new trend. All the systems are in place for multiplayer, so much so that a single-player mode almost doesn’t exist. Instead, you’re left playing an online game only – you can’t even pause to take a break.

That takes its toll on the game in various ways. For starters, it would be a stretch to call Sacred 3 an RPG, because there isn’t much role-playing actually happening. Aside from choosing which abilities to take and which to turf, you have nearly no control over what you want your role to be in a fight. Weapon and armor upgrades are made available for unlock in a completely linear fashion, which takes the place of more traditional (and far more engrossing) loot. 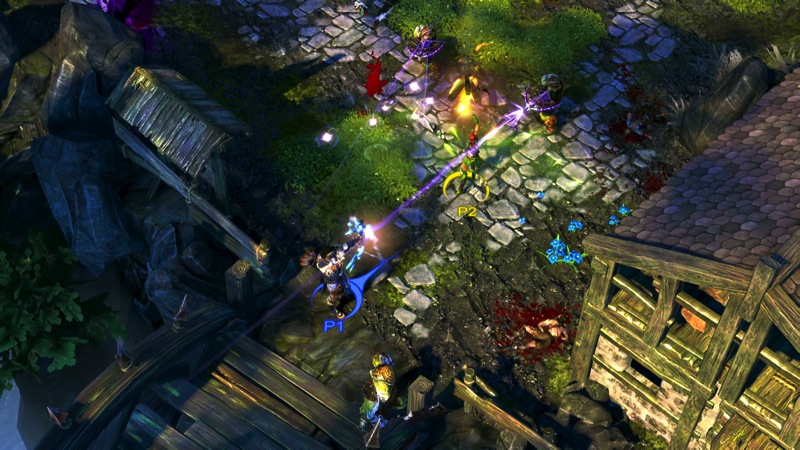 One aspect of customization that does work is Weapon Spirits. Every now and then an enemy will drop a spirit shard, turning your weapon into a new home for a lost souls. These different weapon spirits affect your damage output, critical hits and defence, and it’s one of the only ways to truly affect your role in a fight. The only downside is that you’re forced to listen to repetitively cheesy dialogue from your sword or mallet of choice.

Voice acting is something that Sacred 3 consistently gets wrong as well. I’m still not entirely sure if that’s the scripts fault, or just the fact that the lines are delivered so poorly. Sacred 3’s narrative tries to make light or the dire conflict you’re plunged into (which is as clichéd as the dialogue), but it’s just comes off as poorly written. Having your guide say that keeping slaves is one thing, but hurting nature is another is absolutely laughable, and just the tip of the iceberg when it comes to ridiculous one liners that will have you wanting to block your ears. 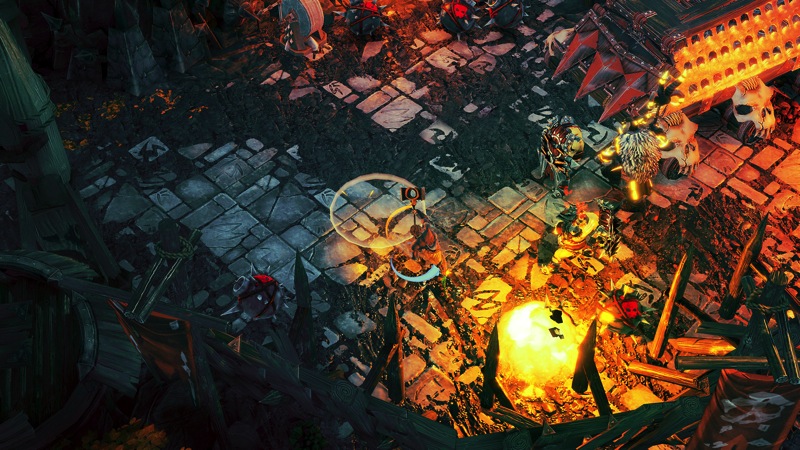 Closing your eyes isn’t required though. For the most part, Sacred 3 is a rather beautiful game, with colourful and varied environments that ooze fantasy goodness. There’s always a lot happening in the background, which sometimes means you’ll lose sight of where you actually are on the screen, but it does make you feel part of a larger conflict. Unfortunately, the frame rate wishes it was sitting on the sideline for the entire war, plunging whenever something other than your character is moving on the screen.

A lot of this would all be somewhat acceptable if Sacred 3 was actually a treat to play, but that’s where things get really tiresome. My first hour or so was surprisingly enjoyable, and the impact of finishing moves and special abilities really made me feel powerful. That feeling increases as you level up, but the enjoyment just, well, plateaus.

Eventually I found a combination that worked in almost every situation, and since I could just keep upgrading those abilities and have my damage scale with my level there was no reason to change. Light attack, heavy attack, special move and then death, that’s what Sacred 3 eventually boiled down to. 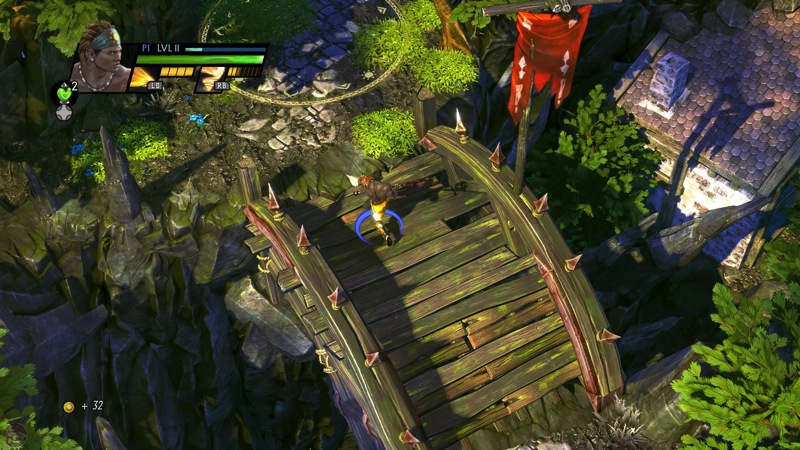 It also doesn’t help when each level plays out in the same fashion as the last. Main missions usually comprised three smaller fights against slightly stronger than average Elites, ending with a bigger, slightly more engaging boss fight. Between these were regular enemies, which seemed to have scrapped the innovation from the bottom of a very empty bucket. Enemies don’t evolve enough to pose a threat, and so despatching them becomes more of a chore than anything else.

There just as little variety in the smaller side missions you’re partially forced to play anyway, to be left behind by the stringent experience curve. These side missions either have you taking on waves on different enemies, or simply making your way through an extremely smaller area littered with a few foes.

They’re usually enough to keep you in the level game, but I sometimes had to play several over again just to keep on equal footing with the next main mission. I was just building up my character so that she could eventually take down the final boss, something which you can skip right ahead to if you really feel like it. Narrative be damned.