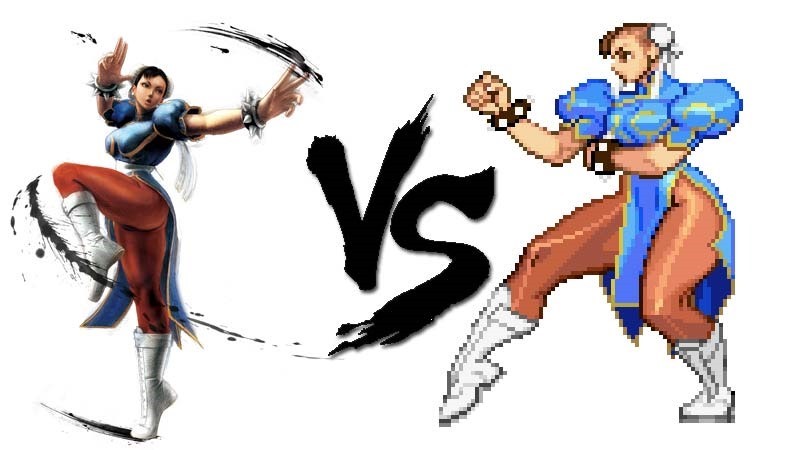 There’s something magical that we’ve lost in the transition over from pixel art to full-on 3D models and environments in our games. I’ll be the first to admit that current graphical techniques are jaw-dropping examples of bleeding edge technology when done right, but I still miss some of the old pixel art. Art that helped define plenty of retro games. And nowhere is that gap more evident, than in a comparison between Street Fighter III and Street Fighter IV.

That’s according to Dinofarm Games artist Blake Reynolds, who wrote a great piece on the studio letting go of pixel art for games, especially when he focuses on the animations of Street Fighter III and the first lady of the franchise, Chun Li. “Chun-li’s body in SFIII works like a whip cracking. When every frame is a new drawing, it allows for things like flowing drapery, muscles flexing and unflexing, the natural sort of warp the body takes when it moves in extreme ways, etc. The effect is nothing short of magical,” Reynolds wrote.

While I’ve seen far worse than Chun-li in SFIV, the animation is just kind of dead and sloppily done. There is no urgency, and many of her limbs and facial movements seem bizarre and out of place. Because of this, SFIV Chun-li  looks like she’s posing for a photo shoot, whereas SFIII Chun-li looks full of adrenaline and intensity… almost as though she were in a fight!

Basically, pixel art doesn’t get the love it deserves these days, with the glossy high-resolution models of newer games running at 60 frames per second being perceived as better. Maybe they, maybe they aren’t. I’m not knocking down Street Fighter IV at all, as the game looks simply stunning when its static. But when it moves, the animation can be jarring at times. Still, it’s one hell of an interesting read into an art form that is slowly becoming the domain of more niche games on the market.