Home Gaming The animation and art direction of Call Of Duty: Advanced Warfare 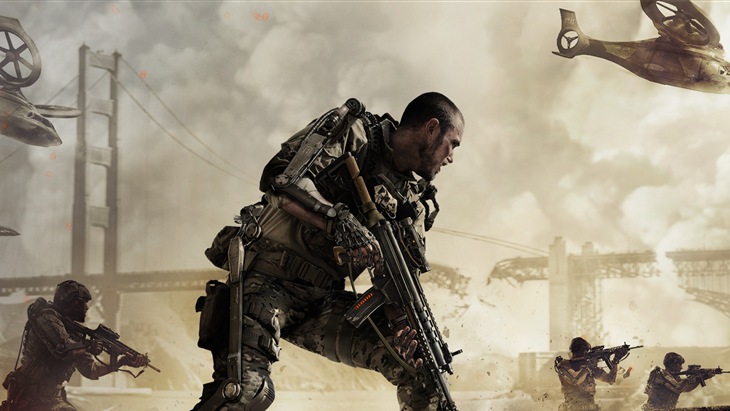 I’ve been quite adamant in this claim, and I’ll say it again: This year’s Call Of Duty: Advanced Warfare will be the prettiest game ever seen in the history of that franchise, and it’s going to set a new graphical benchmark for the series as a whole. But to get to that point, a lot of hard work was needed. After all, new-gen explosions and Kruger suits aren’t as simple as they look.

“We’ve taken the characters in our game to a new level”, animation director Christopher Stone said in the video above.

Kevin Spacey can bring a performance to the table without saying a word. When he stepped into that role, Irons wasn’t just a character anymore. He was a person. That’s something that you wouldn’t have been able to get until now. The exo-skeletons are definitely one of the big pushes for standard animations in our game. We’re building a whole separate character skeleton on top of the character animation, to be able to see all those articulated parts and things moving as he’s running is really going to make you feel like a badass, which is something that everyone needs to feels like when they’re playing Call Of Duty. The tech that we’re adding and the time that we’re devoting to these moments, and the moment to moment action, I think is really going to allow the player to be part of the game. It’s not an experience like you’re used to from Call Of Duty.

And it genuinely shows. The gameplay that we were served at E3 was genuine, and it looked even better than what was seen at the Microsoft press event earlier that week. While graphics aren’t the be-all and end-all of gaming, it doesn’t hurt to have the best looking product on the shelf either. The next Call Of Duty arrives November 4 for PC, Xbox One, PlayStation 4 and old-gen.