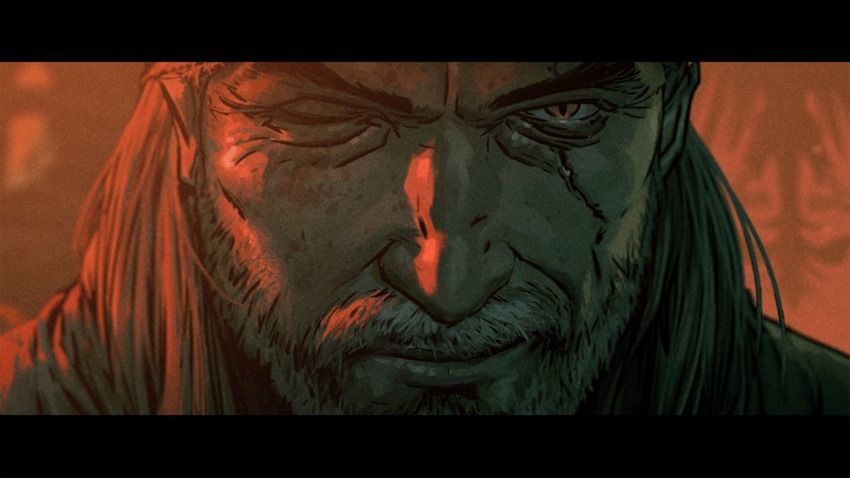 The release of CD Projekt’s masterful RPG, The Witcher 3, in 2015 shattered series review records, sales expectations and the minds of players everywhere but, surprisingly, amongst its biggest draws for many was the game of Gwent: a competitive card game in which the player uses pre-constructed decks against NPCs in turn-based battles of wit, timing and strategy. Its standalone multiplayer compadre, Gwent: The Witcher Card Game, has spent what seems to be an eternity in beta – with the developers rolling out regular patches to improve the experience – but the arrival of Thronebreaker: The Witcher Tales heralds a new lease on life for the popular title. Promising over 30 hours of pure story content, supplemented by the usual legion of side missions, a compelling plot influenced by the player and a gorgeous new cell-shaded art style, Thronebreaker is more or less the ultimate package for established Gwent fan and budding newbie alike. 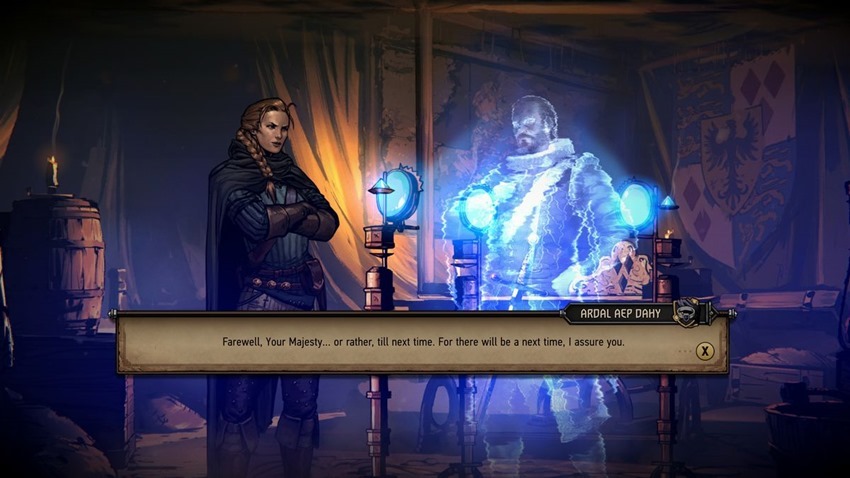 The general overhauls brought to the table here cannot be understated. Gwent genuinely looks, feels and plays like an entirely fresh experience under the Thronebreaker banner. Witcher aficionados may or may not be familiar with a character known as Meve – the battle-hardened queen ruling over the domains of Rivia and Lyria respectively – whose mission to build up a defensive force before an imminent Nilfgaardian invasion will carry the player through battle after battle as they amass a sizeable force to face the impending dangers (and many surprises to boot). While its setup is relatively simple, the depth at hand was unexpected. 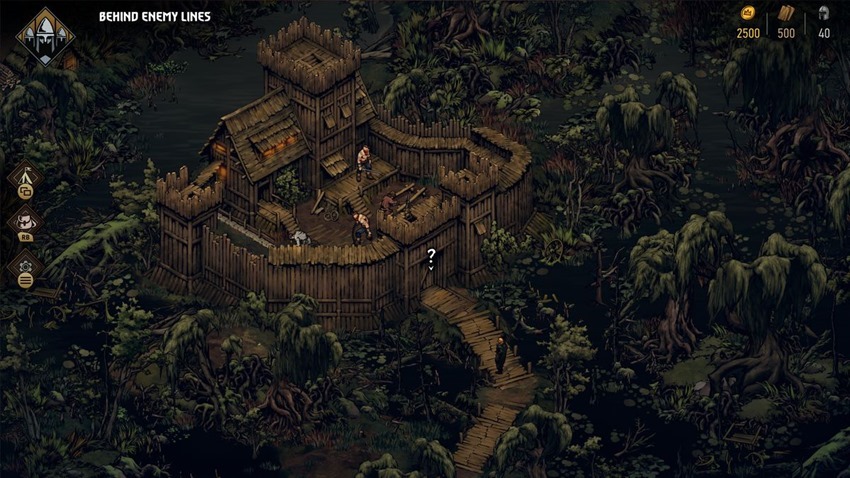 Its story, told through enthusiastic and fully voice-acted text, is just as well written and embedded with twists and turns as any plot woven throughout the mainline Witcher series. To dive too deeply into the initial events that serve as a catalyst for all to come in Thronebreaker would be to rob the reader of some captivating stuff, but sufficed to say that Meve’s return to her homeland is met with fire and brimstone by opposing forces and the player is quickly thrust into the throes of combat – waging large-scale fantasy battles where cards represent real-world forces and all new additions to your deck feed the ever-growing war-machine you are tasked with constructing. It’s a system of back-and-forth strategy that is easy to pick up but takes time to grow adept at – turning a relatively familiar formula into a fully-fledged experienced and virtual card-collectors dream. 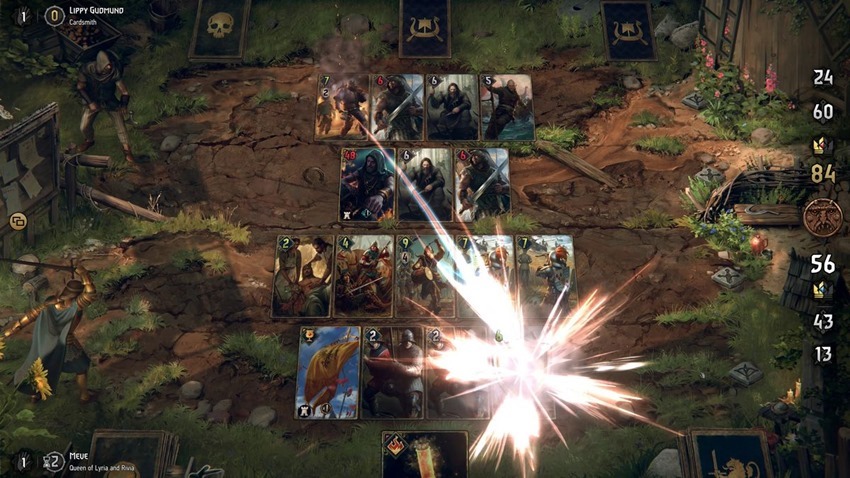 Battles themselves play out more or less the way they have traditionally done – immediately familiar to any who may have spent time with the original mini-game or its aforementioned standalone release. Divided into rounds and turns, the player is tasked with using a combination of the bluff, positioning and pure power to buckle their foes decks using a slew of special powers that interconnect and buff one another in unique ways. What follows is a series of passing and playing reminiscent of conventional card games, but with strong medieval/fantasy twist using cards of varying values to ultimately come out with the highest number on the field as units call out their war cries, commanders inspire and placid gaming matts are replaced with more detailed and aesthetically pleasing battlefields. 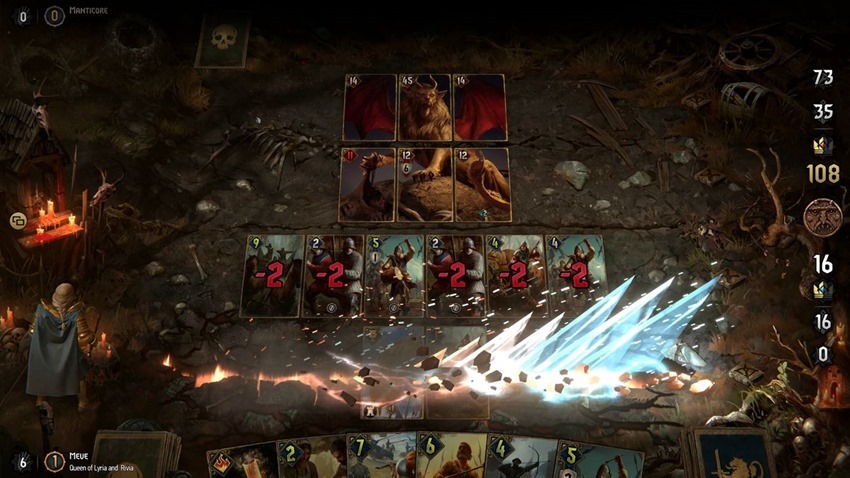 Its most interesting new addition is perhaps that of the world itself. While no AAA open-world by any means, Thronebreaker nevertheless introduces a detailed world through which the player travels and makes choices in isometric view – deciding the type of ruler their own version of Meve will be in the end. It’s a map that benefits greatly from its new art style, excellent hidden side-quests (generally involving more battle and the opportunity to beef up your collection ) and the way the land reacts to the player’s decisions. 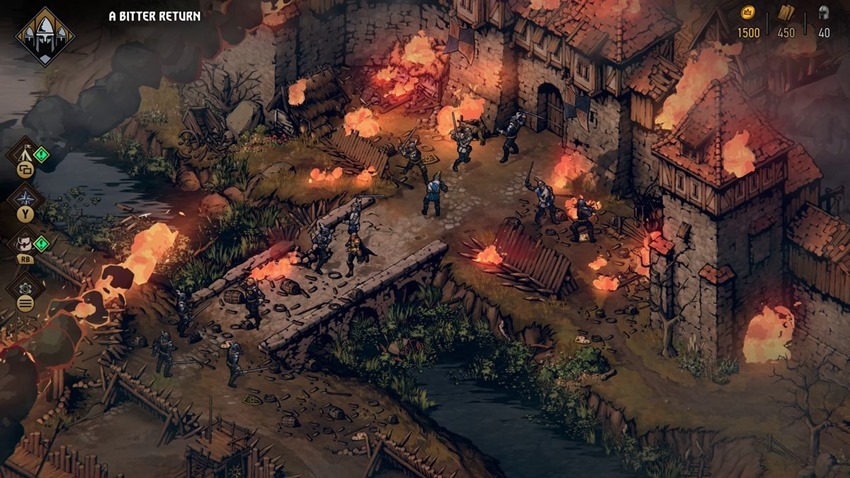 Furthermore, Thronebreaker comes with the release of multiple new cards specific to its story. Your actions determine the composition of your forces and certain decisions will open up or restrict options in terms of what one is allowed to use – justified by a simple consequence system through which units may disband should they disapprove of Meve and her grand strategy. In closing, this single-player extravaganza also brings forth a new degree of customisation to the Gwent experience. Where cards previously remained more or less the way they were when gained, veteran players will be able to alter the visual qualities of their individual cards and generally gain bragging rights through rare avatars, fully animated cards and more. 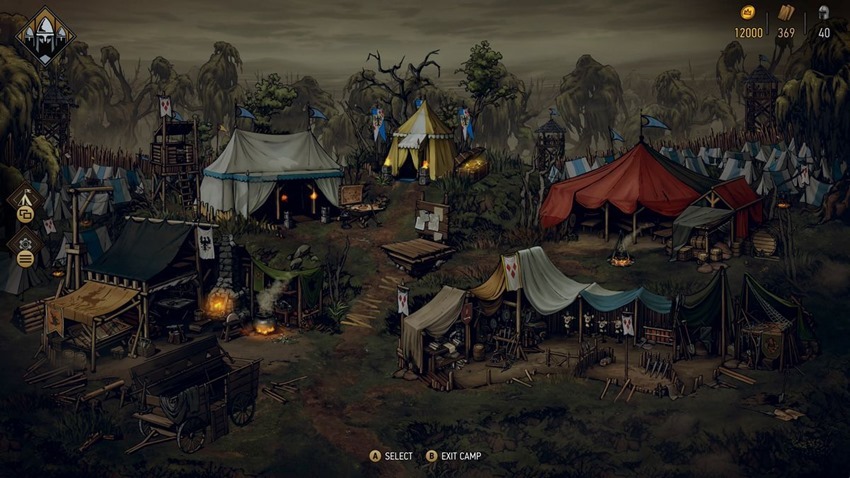 Thronebreaker is easily the strongest version of Gwent to drop yet. It mostly fixes the balancing issues present throughout its initial run and provides truly spellbinding depth of strategy that outshines its previous formats. The introduction of a story, an open-world, role-playing elements and a fantastic cast of new characters are only the ice on the cake. What was once a strong foundation is now a fleshed-out affair with little genre rival in the realm of video games. The Witcher Tales is not only a suitable distraction for any fan of the series, but a deep and rewarding strategy title that is only enriched by the glorious intellectual property it’s attached to.