Freedom has always been a deciding factor in Far Cry, an idea that has allowed the series to flourish over the years by giving players as much open space as they can handle within which to explore and cause as much chaos as possible. It’s that very concept, that very idea of choice that drives the latest chapter in Ubisoft’s long-running sandbox of mayhem and madness, only this time the rulebook is being thrown out of the window as the series heads west. 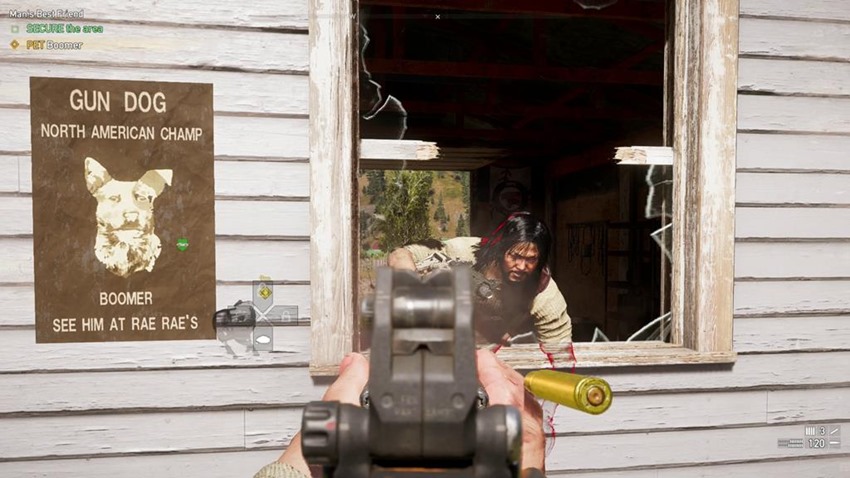 The result of Ubisoft’s efforts to give players as many options as possible within their massive slice of Montana? Not just a Far Cry game that cuts all the fat off of its succulently beefy gameplay, but a game that carries within its chest a spark of rebellion and new antagonists who raise the bar even higher for Far Cry 5’s gripping tale of divided states of America at its very best and worst.

It could have been an easy sell as well for Ubisoft. Take Far Cry’s gameplay mechanics that give players free rein to shoot, punch and explode their way across a lush countryside, throw in a moustache-twirling villain who spouts insane biblical drivel for quick controversy hits, and call it a day. Wham bam, thank you ma’am. 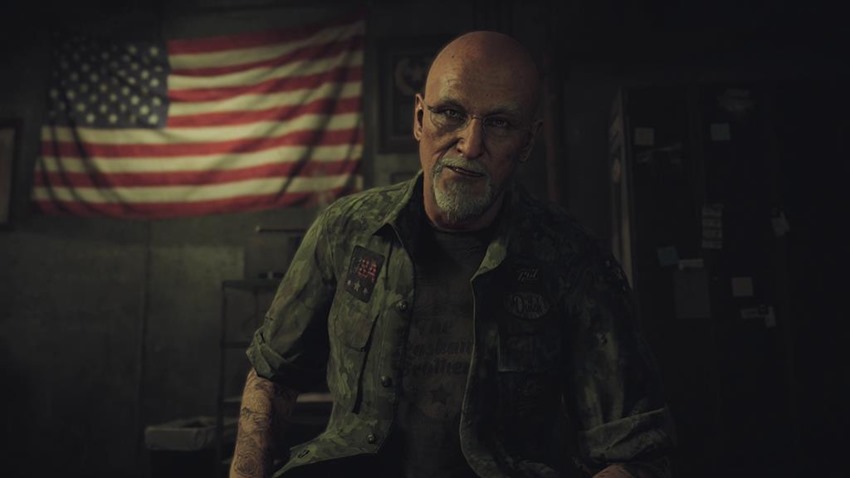 Instead, Far Cry 5 doubles down on its cast, knowing full well that its series protagonists have been empty shells with little to no personality. The effect of giving players a customisable face from which they can experience the action around them? A decidedly more personal stake in the story, with an amazingly fleshed out supporting cast and villains whose personalities and ambitions are deeper than the Marianas Trench. 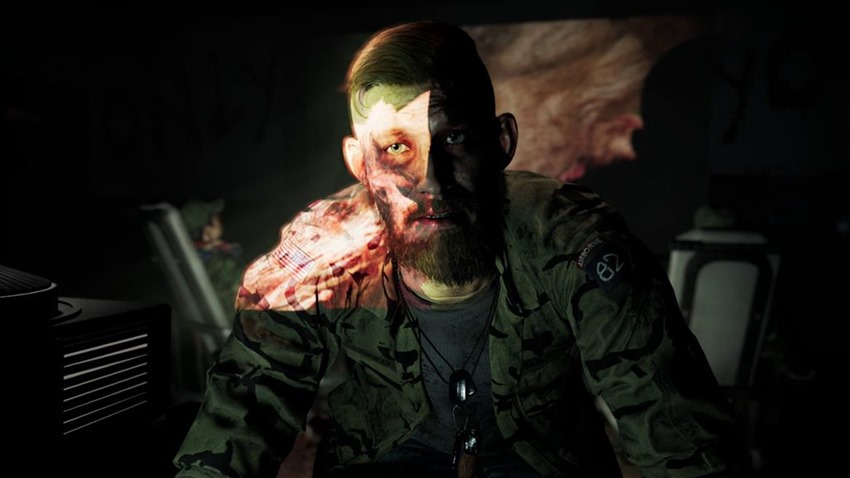 It’s this eye on characterisation that is wonderfully realised by Joseph Seed and his flock. A padre of a fringe religious group on the surface, Joseph is a soft-spoken preacher that commands a cult of personality. He’s a driven man with the seven deadly sins carved directly into his flesh, hell-bent and heaven-sent on delivering his congregation to the gates of Eden as he preaches of the end times. 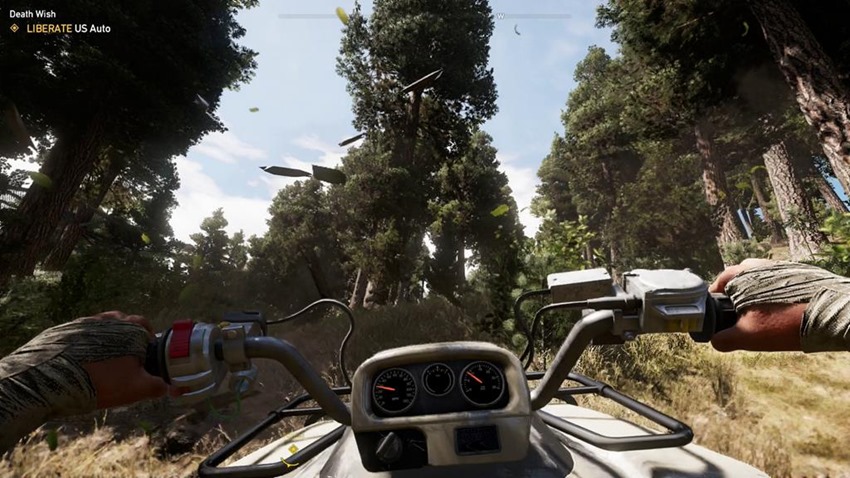 Joseph is a fully three-dimensional antagonist whose intentions are good, even if they’ve managed to pave a path to hell with his notorious methods of killing, brainwashing and eliminating anything perceived as a threat to his family. Likewise, Joseph’s family in the Eden Gate Project, serve as the lieutenants who carry out his ambitions within the county of Hope Falls.

Jacob prepares the soldiers of the Eden’s Gate project for the apocalypse to come, John pulls the sins out of new “converts” with torturous sessions of atonement and Faith plies their minds with a drug known as Bliss that creates a euphoric and subservient state within new members of the flock. Fortunately, not all hope is lost in Far Cry 5 as new allies regularly appear and provide their own backstories and ideals to players. Survivors, men who carry legacies within their families and a true blue American spirit of rebellion. 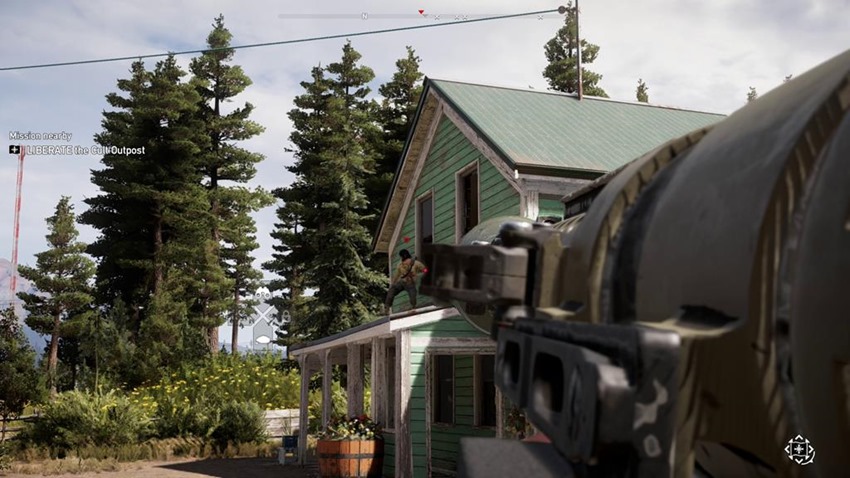 Simply put, Far Cry 5’s tale of resistance and camaraderie is a series high. It’s magnificently told, knows exactly when to balance serious themes with moments of levity and the path it takes as it examines the concept of choice will leave players shaken by the time the end credits roll. It’s a tale that pushes players to explore the region around them, and sweet home Alabama what a region it is.

Montana feels like a final frontier in Far Cry 5, brimming with possibility as players are encouraged to manifest their destiny. The series staples are all present here, albeit without any need to climb towers mercifully. Shrines need to be destroyed, outposts need to be reclaimed from Joseph’s followers and a number of side activities exist within which players can take a break. 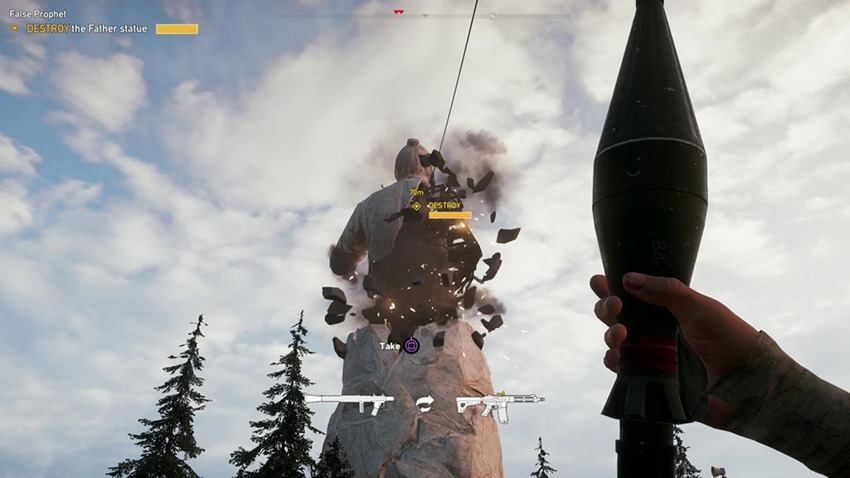 It’s here where Far Cry 5 also makes it biggest changes while remaining true to its established gameplay that has been built up over the last 14 years of franchise development. You’re still running around, shooting anything with a pulse as a Montana deputy that is way in over his or her head. Each system of navigation and action still acts within an intricate clockwork mechanism that the world around you to reacts to, quickly resulting in chaos, but it just feels better in action. 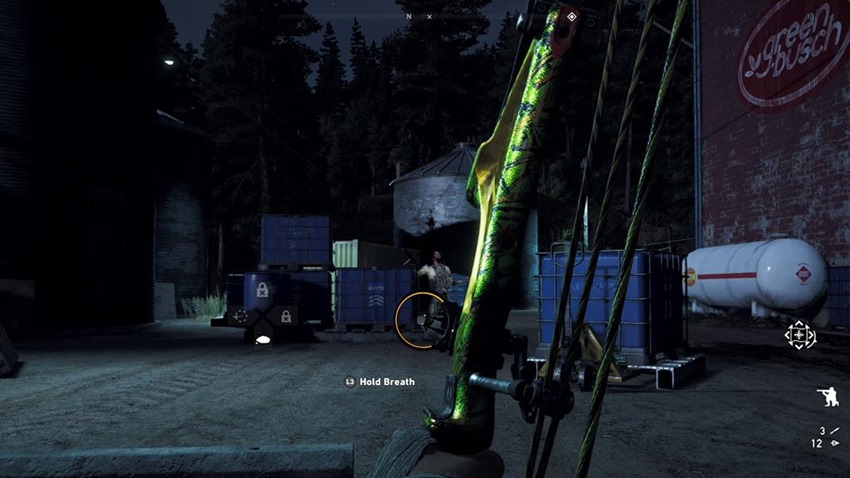 More streamlined, better realised and without any unnecessary detours. No more full-body massages on corpses so that you can loot them, no more fenced off areas and a more organic way of strengthening your deputy for the fight ahead. Far Cry 5’s Perk System is one that encourages exploration with rewards, allowing players to craft their character into a lean mean fighting machine as the battle against Eden’s Gate continues. 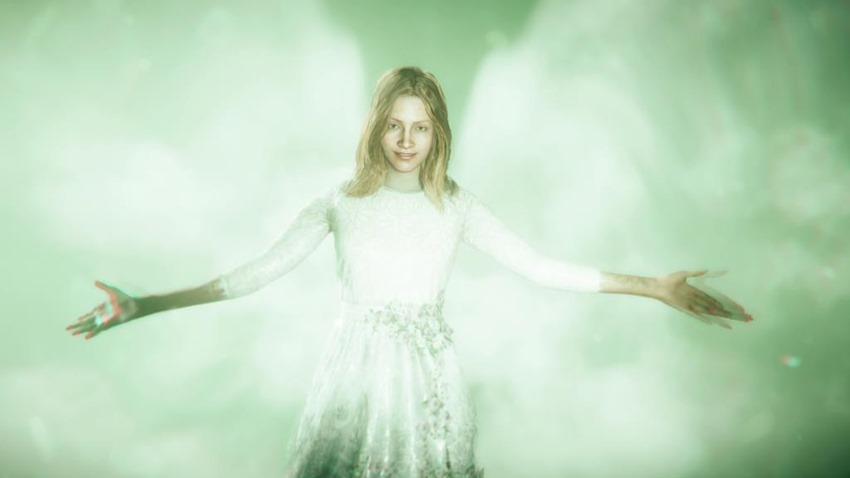 Want to carry more explosives and more ammo for your assault rifle? Focus on killing peggies with anything and everything around you, and you’ll soon be swimming in perk points. Prefer to hunt and make a fast buck selling animal skins? There’s a perk tree for that very desire, as well as numerous challenges with which to master and then reap the rewards.

This extends to another new idea inside Far Cry 5: Guns for hire. While having a partner back you up in a fire-fight isn’t a new idea entirely in Far Cry 5, the system has been extensively reworked and now includes nine distinct characters and countless more generic ones who can help you out in a pinch. From Boomer proving himself to be the best doggo ever to sniper expert Grace and her pinpoint accuracy, Far Cry 5’s guns for hire system is an intuitive addition that can help spread chaos when you really need it. 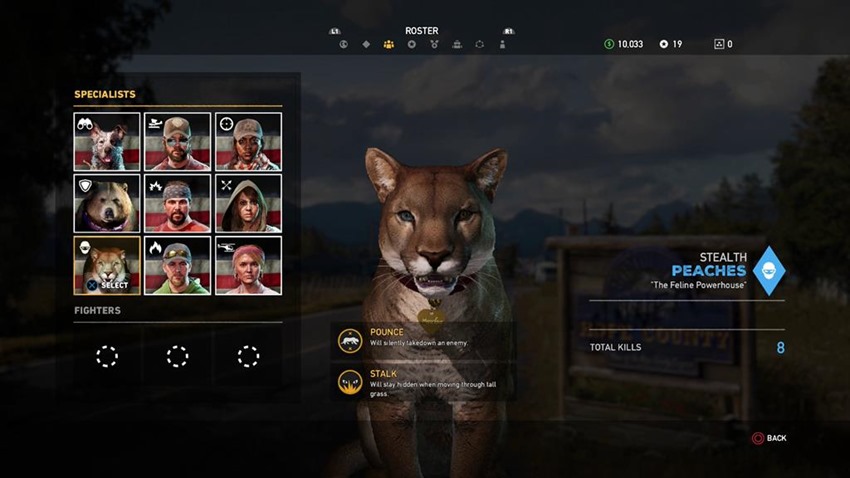 It’s a brilliant gameplay mechanic that emphasises Far Cry 5’s ideal of coming together to fight back, seen in situations where your partner grabs your arm and pulls you up from the dirt. There’s a world to explore out there, infested with danger and a villain whose actions feel surprisingly relevant in today’s turbulent times. Having a gun, overfed bear or mentally disturbed pyromaniac watch your back is always welcome. 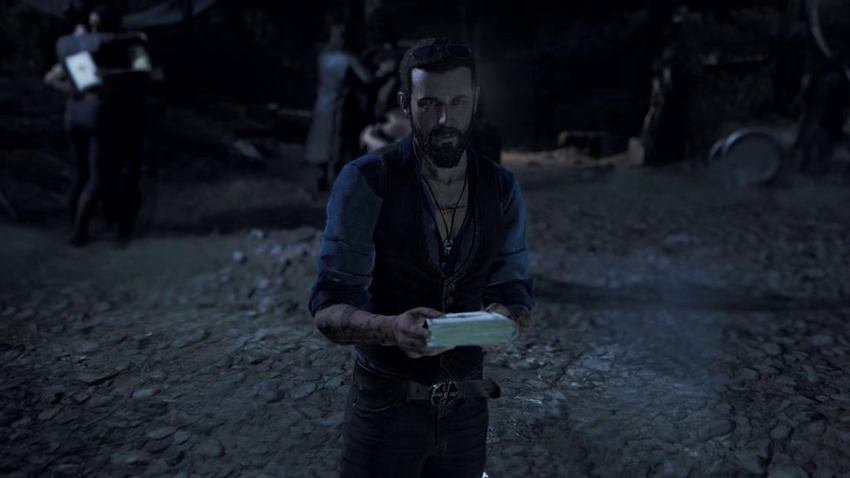 What lies beyond Montana though? Once all the side missions, the core story and the various activities have been exhausted, what’s over the horizon? Much like any of Ubisoft’s big flagship titles, it’s clear that Far Cry 5 isn’t just a game, but also a platform for future content. While the upcoming season pass story DLC sounds wonderfully mad, it’s Far Cry 5 Arcade that’ll carry the series forward beyond the euphoria of the initial launch week. 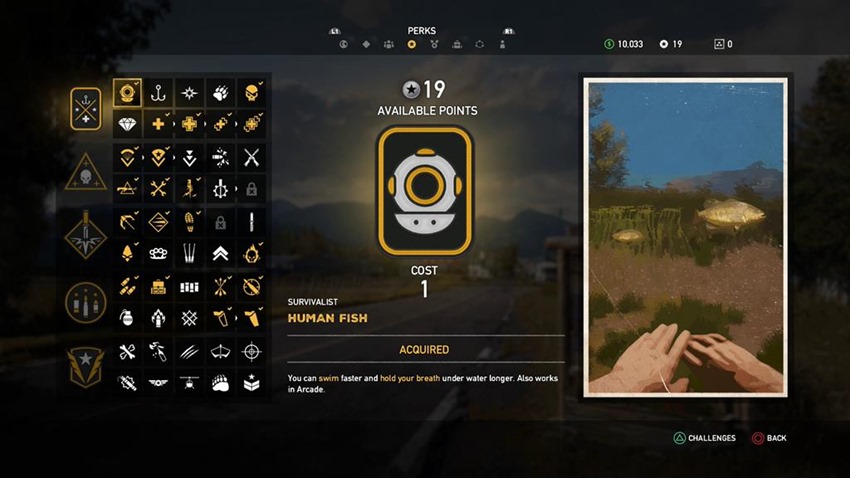 Standard multiplayer and co-op modes aplenty can be found, but it’s the map editor that takes the spotlight here. It’s a powerful tool, one that has a wealth of potential waiting to be unlocked by a community of fans who’ll be able to use it to craft all manner of challenges, missions and even their own mini-games. 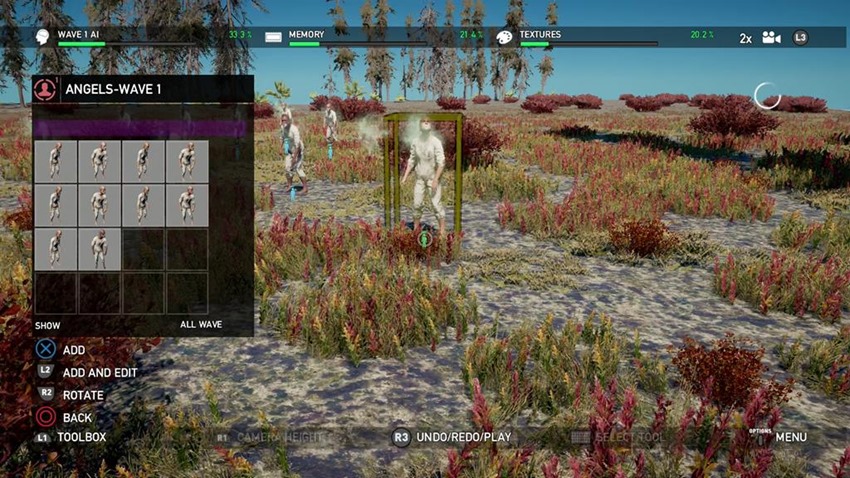 I’ve only sampled a taste of it so far, but the very thought of more determined hands taking a crack at Far Cry Arcade? It leaves me breathless with antici… 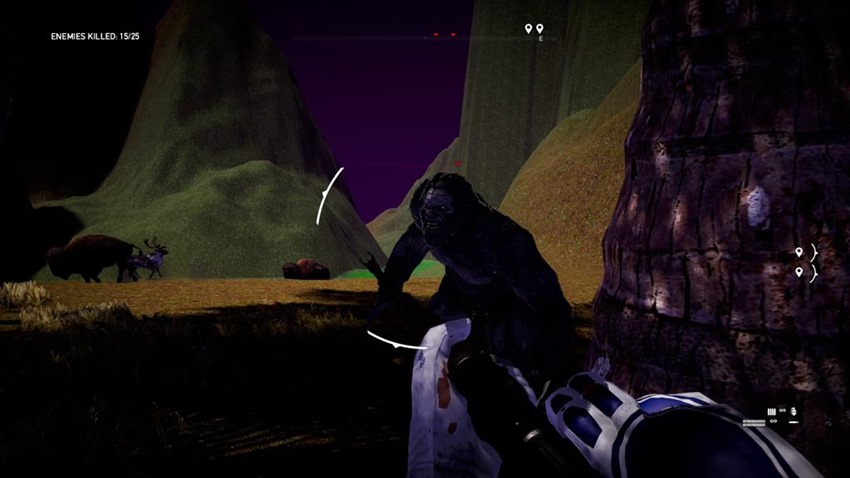