Trying to pinpoint a genre for a movie like Sleight is difficult. On the face of it, it’s a strong character drama, but as the film continues on its journey it turns into a bizarre mixture of action-thriller, sci-fi wizardry and possibly approaching superhero levels of crazy which take it down a completely different path than what you might initially expect. 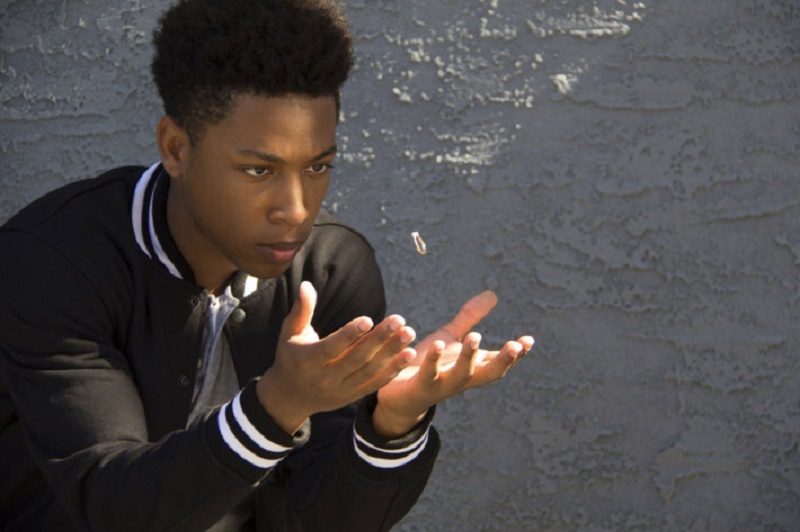 At its core, Sleight is a story about Bo (Jacob Latimore), an excellent magician who uses his magic tricks to hustle and make a living to take care of his sister following the early death of his parents. With a strong desire to make a lot more money though he ends up getting caught up in the wrong crowd and finds himself in the middle of a criminal turf war which ends up putting his and those he cares about including sister (Storm Reid), neighbour (Sasheer Zamata) and love interest (Seychelle Gabriel) lives at risk. However, there is more to Bo magic than meets the eye and through his desire to pull off tricks that no one else can, he also has some sci-fi wizardry going on in his body, which he eventually uses to get himself out of this predicament. 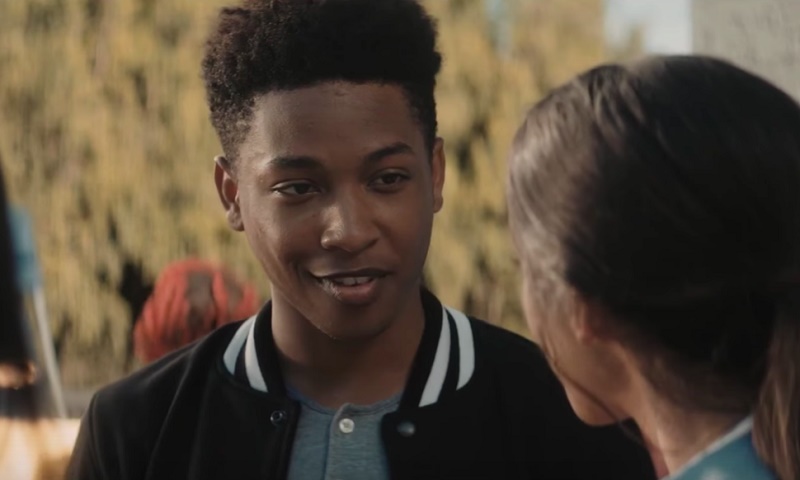 It’s certainly an ambitious film, but one which is actually better when it remains grounded and doesn’t try to do too much. The core story of Bo and his involvement in a gang gone wrong is a core one that is incredibly gripping. Thanks to a strong performance by Jacob Litmore and some solid character development from director and co-writer J. D. Dillard and his writing partner Alex Theurer, you become deeply invested in the character of and feel for his predicament. While some of the circumstances that lead him further into trouble are a little short-sighted, many of the decisions he makes are perfectly believable and Dillard direction really connects you to the emotions that he is feeling through the different interaction he has with others.

Sleight doesn’t hold back on the harsh realities of Bo’s life and at times gets quite intense in its portrayal of desperation that leads to Bo landing up in criminal activities and also has some rather graphic moments of violence as well. Which is all designed to make you feel just as uncomfortable as it does for Bo. Something Dillard pulls off exceptionally here.

Where the story loses its hold on you though is when it starts to open up a little more to some of the crazier elements of its story. Firstly, the whole sci-fi angle feels completely out of place in a movie that is otherwise gritty and grounded.  While subtle hints of it are shown earlier in the movie, it’s appearance is still unexpected and doesn’t fit well with the up to that point, hard-edged narrative. It’s also the most rushed part of the film, as for a film which is all about a slowly developed and intimate connection with its characters is suddenly rushed by these sci-fi aspects as if it was a bigger part of the film all along and you feel a little underwhelmed by it. It’s a big break in tension that is up to that point so well built up and almost makes the movie feel like it was two separate films sown together to form one narrative instead of two. 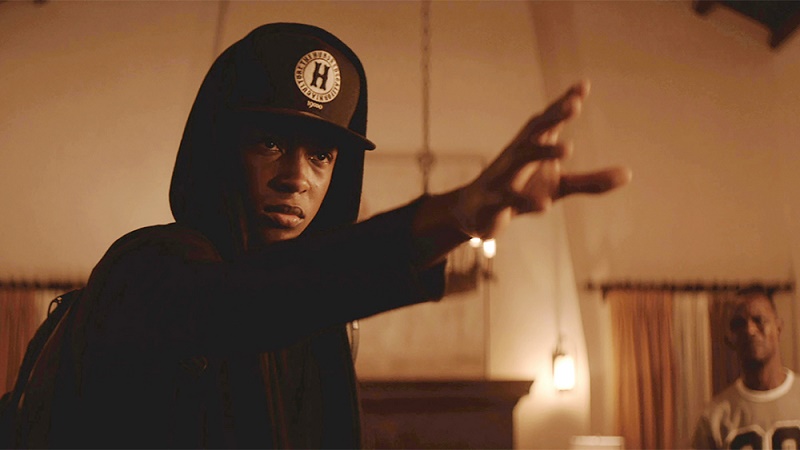 This is not to say that Sleight isn’t a captivating film. For about 80% of it, you feel really caught up in its characters and their circumstances. It just, unfortunately, goes a magic trick too far for the end and doesn’t quite ac the final act. It’s a film that should’ve been so much more if it had perhaps focused as much effort on its closing as it did on the early parts of the film and remained more grounded, could’ve easily worked into one of the best films of the year. As it stands though, Sleight feels more of a disappointment that it should through its wasted potential.

There is a lot of exceptional talent in this low budget film that no doubt have a big future ahead of them. I certainly look forward to what director Dillard has plans for in the future. He is an exceptional storyteller, if he can just tone down his ambition and scope a little, he certainly has many more incredible stories to show the world.