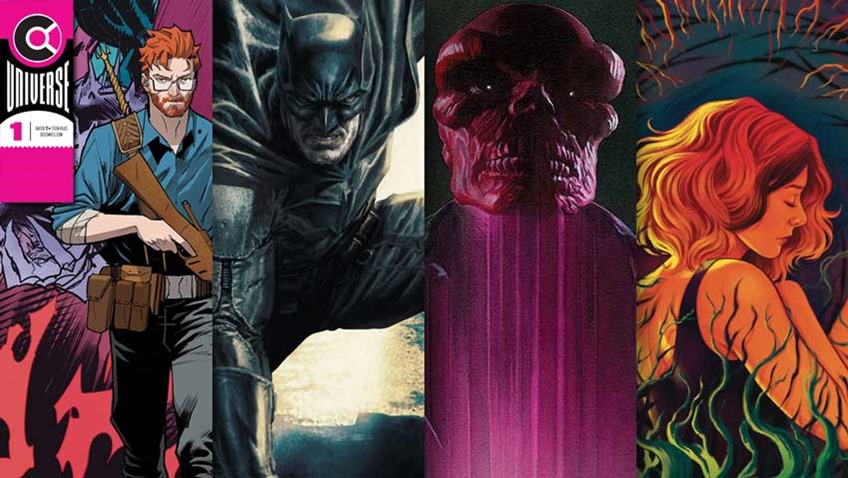 Out of all the writers who have put pen to paper on a Batman script, Grant Morrison has been one of my all-time favourites. His stories, especially in the 2000s, have been mad Silver Age romps that often don’t make sense but are fun to read through nonetheless. Long before Morrison introduced the world to the worst Robin and son of Batman though, he made his mark in Gotham City with the Arkham Asylum graphic novel that Dave McKean brought to haunting life.

A done in one tale, Morrison announced a sequel to that tale back at the 2017 Comic-Con International San Diego. Batman Inc. artist Chris Burnham was picked to helm the visual side of the new graphic novel, which would star Damien Wayne as he finally stepped up and became the next Batman. That was three years ago, so what’s the status on that story?

Blame Morrison’s hectic TV project commitments for putting it on indefinite hold. “I kind of wrote 26 pages of it, and it got shelved because the television work was taking up so much time,” Morrison said to TechRadar.

But again, I never say never because I think [those] 26 pages were pretty good.

The world wasn’t without the dynamic duo of Morrison and Burnham for long, as they recently reunited for a Detective Comics #1027 story/ That brief return did reignite the spark in Morrison, to one day return to Arkham Asylum 2  and finish what he started. “It gave me the taste again because he was going to draw the second Arkham Asylum, too,” Morrison said. “But no, I had a story – it’s very, very, very different from the original book. It was more of a Philip K. Dick thing. It’s still there. It’s still one of these things that may happen.”

That’ll still be a while though! Until then, feast your eyes on the best comic book covers of this specific week in October. And let me know what you think of the new gallery format!