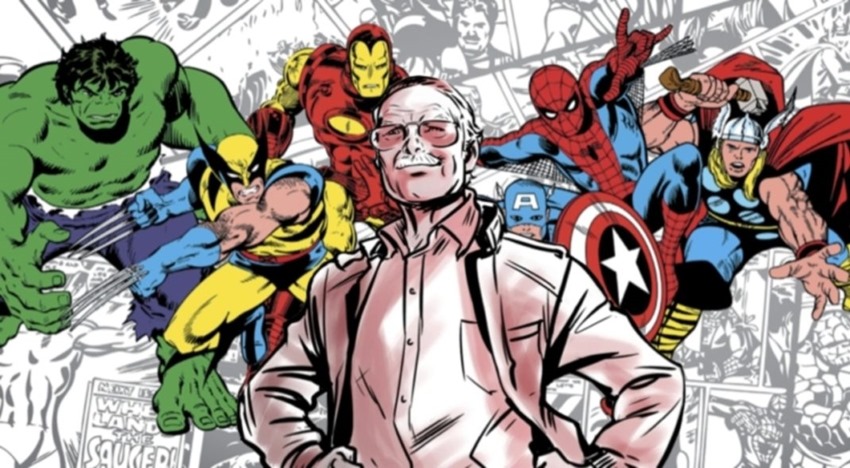 Giants may eventually fall, but legends? Legends live forever. That’s the kind of man that Stan Lee was, a larger than life figure who was seen as the always-smiling face of comic books at their very best. Decades after he had retired from his typewriter and the genre-defining work that he pioneered with titans such as Jack Kirby, John Romita Sr and Steve Ditko, Stan Lee, was still an ambassador for comic books.

Whether it was a cameo in a Marvel movie, providing narration for cartoons based on his work or even signing an autograph for awed fans, Lee was a beloved and cherished icon of the medium that he gave so much to. Lee’s greatest legacy however? The stories that he gave to people with his interactions, creating new tales to astonish whenever he crossed paths with comic book writers, artists and fans.

With his passing, Lee’s own story may be over, but the legend he created will live on forever as the comic book industry paid their respects to a man who was a mentor, an inspiration and most importantly, a friend.

Today, we pause and reflect with great sadness on the passing of Stan Lee: https://t.co/J0cwgdn677 pic.twitter.com/eOBdZAqdZ0

April 2008. Backstage at New York Comic Con. The day I met my wife for the first time. The only photos I can think of of me and Stan Lee (photo by Steve Prue). He was a powerhouse of energy and enthusiasm, and his death ends an era when giants walked the Earth and made up new kinds of stories.

Today on #DCDaily, we pay tribute to the legendary Stan Lee. Stay-tuned for a dramatic reading of THE TERRIFICS featuring @echoK and more: https://t.co/d6lBfV5wDi pic.twitter.com/Z26C1Am3SL

Thank you, Stan Lee, for your creativity, your generosity, your sense of humor, and the heroes you shared with us all. Your work has inspired us more than we can say, and will do the same for so many future comics creators. #Excelsior

If the reports are accurate, it’s a sad day for all us at Top Cow.

“Everything we do today-the comics we make, the creators we work with, the stories we tell-would not be possible but for the trailblazing efforts of Stan Lee.He is and always will be the brightest visionary in our industry.AfterShock mourns the loss of comics’ greatest pioneer.” pic.twitter.com/fzdR4KDTOs

This is bitter news. We were lucky to have him.

Untold millions of lives made better by stories.

Endless people who learned responsibility from Spider-man, acceptance from the X-men, self-forgiveness from the Hulk.

RIP @TheRealStanLee He made everyone feel like a kid in his presence no matter what your age. pic.twitter.com/JYeWXq8iKb

Farewell, my friend. You’re not only responsible for the boy I was, but also the man I am today. I will miss you all my days. Read it all here: https://t.co/3ni6SLKhWW pic.twitter.com/6naCfXP7HO

I don’t have words for this. My life has been so incredibly changed by this mans creations and words. I’m going to celebrate him today by putting in the work and writing his characters the absolute best way I know how.

I love you, True Believers.

You make it to 95 and you have a life that’s that extraordinary and touch so many others, there is no reason to mourn, only to cerebrate.

Saddened to hear the news, R.I.P. @TheRealStanLee. Our thoughts are with his family & friends. #excelsior

This arrived at Marvel not long after I began working on Thor in 1983. I was amazed Stan even knew who I was. It was a generous and surprisingly personal gesture on his part. Hangs on the wall of my studio, a reminder to try to do good work. Thank you, Stan. Excelsior, indeed. pic.twitter.com/9tkoBKU1Bx

He was the most influential writer, editor, and publicist in the history of comics. The nerdy voice of so many generations. He wanted to write the great American novel. He did.

(And once I got him to laugh at a dick joke while we were taking a pic. These are framed on my desk.) pic.twitter.com/oO4T6sb8ra

THREAD FOR STAN LEE.
Stan Lee gave us more than co-creations X-Men, Iron Man, Hulk, Fantastic Four & Spider-Man. He gave us creeds to live by. Principles to emulate. Villains (and racism) to fight. He gave me vital cornerstones of my belief system. My sense of responsibility. pic.twitter.com/KxUpP7m23h

The last thing Stan Lee wrote for Marvel he did for me, for the Marvel 75th Anniversary Special—a retelling of the very first text story he wrote for Timely, this time as a comic story illustrated by Bruce Timm. So Stan’s first Marvel story was also his last Marvel story.

As I’m sitting here trying to put words in the mouths of the characters he made immortal, characters that have literally changed my life, all I can really come up with is: Thank you, Stan.

“My Moments With Stan”. @brianmbendis reflects on Stan Lee in The New York Times https://t.co/uGksKTXIb6 pic.twitter.com/GfsM20iNzY