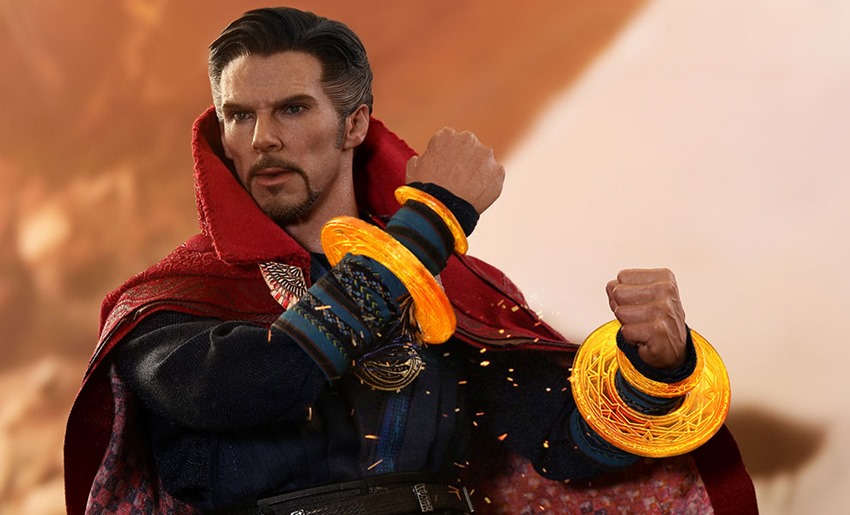 You’ve got a cosmic menace on the warpath, headed straight to Earth and more than ready to slaughter his way through an army of Wakanda’s finest soldiers so that he can lay his golden gauntlet on the final Infinity MacGuffin. All hope is lost, the entire cosmos is about to get a 50% off sale on life and it looks like even the most advanced technology in the cosmos is no match for the mad Titan known as Thanos.

Man, some magic would be helpful right about now. While the effectiveness of the spells conjured up by Earth’s sorcerer supreme may be up for debate, there’s no denying that the premier practitioner of the mystic arts was a force to be reckoned with in Infinity War. Armed with the Infinity Stone of time and somehow not able to use it to travel backwards in the flow of continuity so that he could kick baby Thanos off a cliff, Doctor Strange needed not only his supernatural powers to fight an impossible war but also wisdom for the films ahead.

I mean, there has to be a reason for some of his actions, right? Hopefully the sixth-scale replica of Benihana Cauliflower Bellstick Tinklebeaver Blubberhock Slumbermurder Benedict Cumberbatch doesn’t make the same mistakes that he made. Like not jettisoning Star Lord into space the second he arrived:

All we need now is a sixth-scale Everett Ross figure based on Martin Freeman’s likeness and I can finally use these toys to create my own version of Infinity War where Sherlock Holmes and Watson save the day. Doctor Strange will conjure up a release date of between July and September of 2019, for the mystic price of $267 or around R3400 if Dormammu doesn’t attack and make the currency exchange rate suffer again.