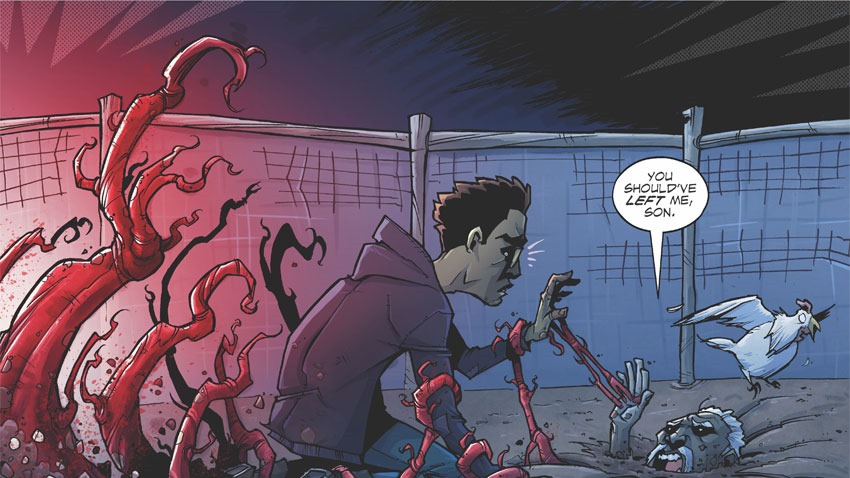 You want to read one of the greatest and weirdest comic book series of all time, that’ll have you laughing and crying at the same time? Then I highly recommend dipping into the bonkers buffet of Chew. A story of food, illegal poultry and the extraordinary individuals protecting the world with their cuisine-based gifts, Chew is delicious stuff.

Jonathan Layman’s story was utterly crazy stuff to read, but it was also an absolute treat to page through several times thanks to the art of Rob Guillory. Chew’s co-creator made the madcap story palatable and easy to digest, while also stuffing it with plenty of jokes in every single panel. I genuinely cannot think of anyone other than Guillory being given the responsibility to realise that series.

So what’s Guillory preparing next for fans to sink their teeth into? Well he’s not straying too far from his Chew days, as Guillory’s latest project is Farmhand over at Image Comics. Here’s the twist: On a slice of land in America’s heartland, Jedidah Jenkins grows a more unusual crop: Instant limbs and organs. Here’s a breakdown of the story and preview pages straight from Image:

Well, how’s that for a genetically-modified crop nightmare? Farmhand drops this July and remember: You are what you eat. Save me Poyo!