Home Comics & Toys What happens before Star Wars Episode VII? Read the comics to find out 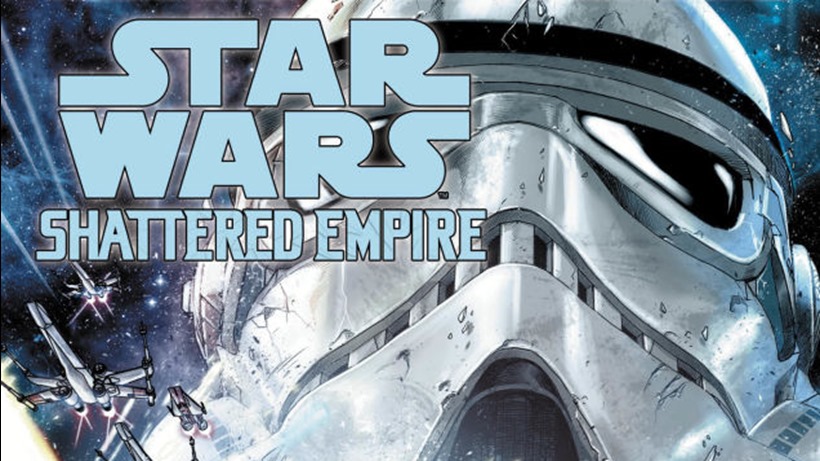 The expanded Star Wars universe as you knew it, is dead. Deader than disco, Latin or my love life. In its place however, is a new timeline to fill with twenty years worth of continuity that will bridge the gap between Return of The Jedi and The Force Awakens.

A continuity that will of course, be told in books and comics. With Dark Horse no longer publishing Star Wars comics for quite a while now, it’s been Marvel who have filled that need for printed page exploits with their own titles.

And the first comic to show what happened between Episodes VI and VII, will be Star Wars: Shattered Empire. Here’s the official synopsis, which reveals that chucking a despot down a Death Star shaft doesn’t exactly equal automatic liberation: 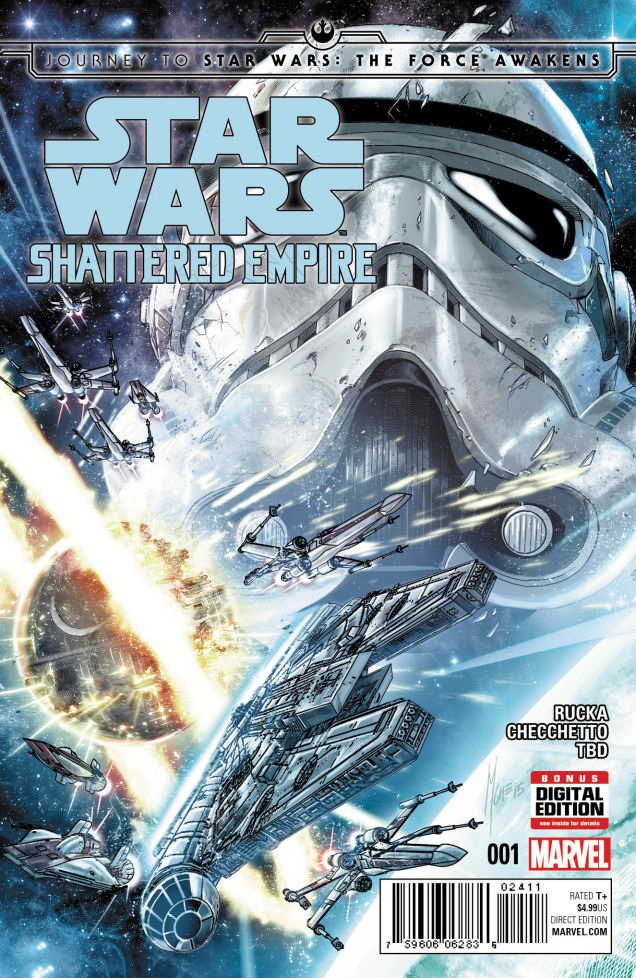 Emperor Palpatine’s twenty-year reign of terror came to an abrupt and fiery end in the skies above the forest moon of Endor.

A decisive victory for the Rebel Alliance, to be sure, but even with the loss of its leadership, the Empire’s Moffs and regional governors retained their hold on important systems from the Core to the Outer Rim, thanks to the might of the Imperial Starfleet.

Now, with a power vacuum atop the Empire, those Moffs will jockey for position and control, and the heroes of the Rebel Alliance will soon discover that a wounded and fractious Empire may be more dangerous than any threat they faced before!

Makes sense! With the Galactic Empire primarily being a government of fear, you could bet that every Admiral with a Star Destroyer wasn’t going to pass up the opportunity to create his own cosmic kingdom, especially when they had enough firepower to turn a rebellious city into glass.

The comic is but one of numerous other books and comics that will fall under the Journey to the Force Awakens, and pave the way to that film in December.

It’s out in September, and it has Greg Rucka on writing duties and Marco Checchetto on art.