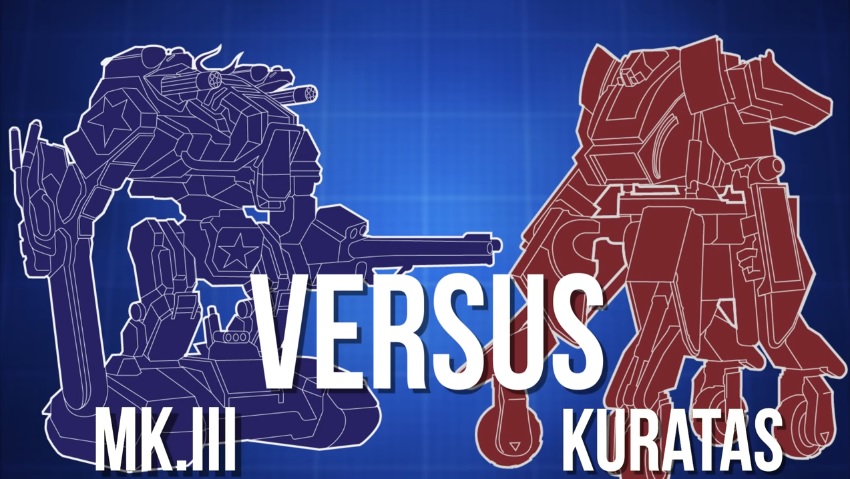 If Pacific Rim has taught us anything, it’s that humanity needs giant robots more than ever. Towering, gargantuan skyscrapers of metals and circuits that can launch an elbow rocket into the face of physics and drop big legs in any kaiju stupid enough to invade our reality.

And then we’ll probably turn on each other, because you don’t just keep giant robots around to gather dust. You unleash them for fame, glory and patriotism. Something that America and Japan know all too well, as those two nations will soon be competing to see who the best mech-master really is.

By Japan and the USA, I kind of mean MegaBots Inc. from the nation of the Trumped and Suidoboshi Heavy Industries from the land of the rising sun. For months now, the two companies have been engaging in some friendly banter over whose robot happens to the bigger, badder piece of real steel.

A feud that is now officially going to upgrade into a physical contest this August says Nerdist, when SHI’s Kuratas faces off against the Megabots’ Mk III pride and joy. Metal, flamethrowers and cyber-carnage. What a time to be alive.

Look, I’m well aware that both of these robots move around like elephants with crippling agoraphobia, but we’ve got to start somewhere. Haley’s comet won’t be back for another lifetime, and I’d love to tell my gran-kids of the day that I witnessed the very first clash of patriotastic bots against one another in an event that kickstarted a new golden age for humanity.

“It was bitchin’” I’ll whisper to little Hashtag Junior, just before I shuffle off this mortal coil. “And then Sir Killalot started judgement day…”