Much like the mountain itself, which is now more of an extreme tourist hot-spot littered with dead cell phone reception and Sherpas, film ideas for Everest aren’t in short supply. Universal Pictures already has two such ascension flicks in development, while studio Working House is uh,er, working on one as well.

And joining the race to climb up that really tall mountain comes the dark knight himself, as Christian Bale has signed on to do some mountaineering in Everest.

But this ain’t no ordinary summit. Based on the 1996 expedition that saw three groups of climbers weather-slapped by Mother Nature, the tragic excusrsion up the tallest peak in mankind eventually saw eight of the climbers die along the way.

That event was then recounted into a bestseller book by original mountaineer Jon Krakauer, called Into Thin Air, which was in turn used to create a 1997 TV movie. For the latest film though, director Baltasar “Contraband” Kormakur is going to use more than the book, and has drafted the surviving mountain-climbers for more info for the film according to Deadline.

It’s a film that’ll be going head to head with another Everest film, Paths of Glory. That one stars The Dark Knight Rises co-star Tom Hardy, who played the Bane to Bale’s BERRTMEERRNN WHERE IS THE MOUNTAIN! Both films feature people dying. So it’s once again Batman versus Bane.

Although if the Christian Bale film features a scene where Bat-Bale finally reaches the peak, only for Hardy to appear from the shadows to break his back and throw him off the mountain, that will be worth the admission price alone.

“EVErESt, ThiS IS YoUR liBERATioN!”

Thor: Love and Thunder will feature the Guardians of the Galaxy

Vin Diesel has let slip that Thor: Love and Thunder will see the Asgardian god teaming up … 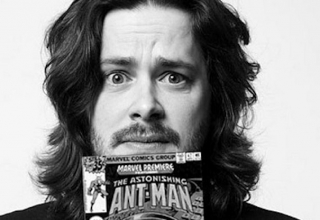 Iconic director Edgar Wright has his next project set up and its all about an Android Dentist who learns about emotions through the world of movies.