Welcome to Critical Hit’s 31 days of horror! It’s the month of spookiness, of frights and jump scares and we’re ready to celebrate! Over the decades, pop culture has managed to create eerie atmospheres, scenes of terror that can’t be contained within a single genre and we’re looking back at the films and the movie maniac moments that had us squirming in our seats. Today we’re going to talk about bugs. No, not the bugs of Starship Troopers, nor the bugs of The Fly (although that was horrific enough), or any of the various fantastical giant insects that have terrorised movie and TV watchers over the years. This one is far more grounded, and far more terrifying as a result.

For those that haven’t seen it, Fortitude is an excellent British psychological thriller series with a sci-fi twist that I wholeheartedly recommend. Set on the isolated Norwegian Arctic island of Svalbard, Fortitude is a small town where the worst crime is a Friday night bar fight – until a murder rocks this town of misfits and exiles where everyone has a secret. And then another murder, and another – all seemingly random and without purpose. It’s definitely not a horror series, until one point in the late season that had me curling into the fetal position and gritting my teeth in horror when the root cause of the murders was revealed, quite impressively in the technical sense, in all its glory. Even thinking about it now makes my skin crawl – and as you’ll soon see that’s a perfectly apt expression. 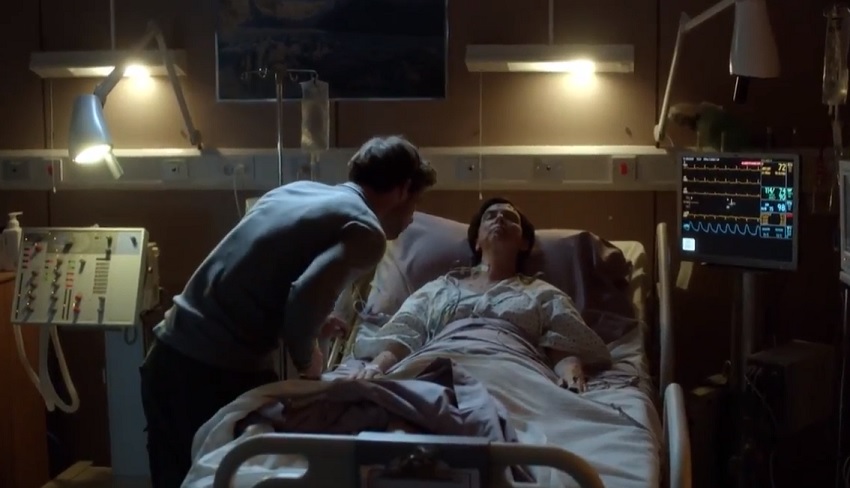 Forgive me for the spoilers as I briefly sketch the events leading up to the reveal. The series started off with two residents of the town making a marvelous, and potentially very lucrative discovery, out in the glacier that overlooks the town – the remains of a mammoth with intact tusks. However the remains were also home to something far more insidious, a prehistoric parasitic wasp species (based on the real-life ichneumon wasp) that had remained in a state of suspended animation while the remains were frozen.

The wasps lays their eggs in living hosts and can influence them to spread the eggs into other hosts. Once the eggs hatch, the larvae begin to eat their hosts from the inside out, before hatching from their skin, as you’re about to see in this brief clip from the Investigating Fortitude webseries on Youtube. Skip ahead to 0:25 and take a look:

That’s just a brief look of the full scene that is guaranteed to freak you out if you have a functioning survival mechanism as the host all but explodes with fully-grown wasps that immediately attack Luke Treadaway’s researcher character.

It works so well because the audience knows it’s coming as the series was building towards the reveal, yet none of the characters in the series understood what was happening because, well, who would predict a prehistoric parasitic wasp that makes people attack other people and implant their eggs into them and then those eggs hatch into larvae and eat their hosts from the inside out!

F*ck me I hated this so much, and I hate the Days of Horror for making me relive it.

Welcome to Critical Hit’s 31 days of horror! It’s the month of spookiness, of frights and …