Superhero comic book movies have come a long way, specifically when it comes to their age restrictions. While early entries in the genre played things relatively safe, lately we’ve started seeing things get a little more risqué. Or a lot in the case of the two Deadpool films, which took R-rated adult gags and violent action to a whole other level. Which is why it came as such a surprise when it was recently revealed that a special PG-13 cut of Deadpool 2 will be released this coming Christmas.

Thanks to a tweet from star/producer Ryan Reynolds, we know that the new cut will be taking inspiration from 1980s classic The Princess Bride, which saw a young Fred Savage being read the titular fairy tale by his grandfather played by the late Peter Falk. But how did this crazy idea even come about? Speaking to /Film, screenwriters Rhett Reese and Paul Wernick revealed that it was a team effort, even though Reynolds came up with the idea of the framing device.

After Deadpool 2 came out and we were all sitting around, we came to it less about the idea of let’s make a PG-13 movie and more, ‘Let’s talk a little bit about Deadpool.’ We were kicking around some ideas and then I think it was Ryan [Reynolds] who had the great framing device and we all got excited and went to the studio. They said, ‘Yeah, let’s do it. Fire up the cameras.’

And that’s exactly what they did, as the screenwriting duo revealed that they “definitely shot new stuff… And recently too.”

About two months ago we were out on soundstages shooting again. Ryan was in the suit and the gang was back together, Dave Leitch and Ryan and us having a great time and laughing. It comes together great so we’re super excited about it. 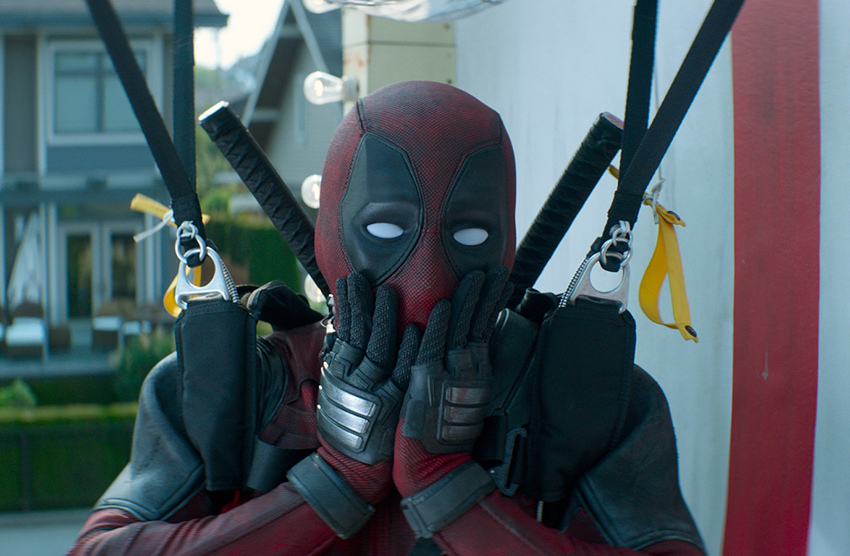 Reese and Wernick continued, saying that they didn’t change the story to make Deadpool 2 fit into the PG-13 mould and that it was still “subversive enough and fun and creative and something that only Deadpool could do.” But exactly how were they going to pull off a PG-13 cut with all Deadpool 2’s non-family friendliness? New voice-over dubs, clever editing, bleeps? “All of the above,” according to what Wernick told CinemaBlend.

And also again, the narrative device [of The Princess Bride story], the new stuff that we shot really kind of frames it in a fun, interesting, cool way that I think people who have seen the movie already will want to go see this because it’s outrageous and fun and funny in only a way Deadpool can kind of tell a story. I think it’s going to be a one that not only kids are going to want to see but hopefully, you know, people who have known and loved Deadpool and have seen all of the first and second one will go see because they’ll be like, ‘Holy shit, I can’t believe that they did that.’

And somehow it all works really well in PG-13 format, according to Reese. Even better than many fans may have been expecting.

And the real surprise… one of the great surprises of it is how well Deadpool works at PG-13. We always wondered, because the original Deadpool, we flirted with PG-13 a couple times on it and we ended up going R, and it does give it a certain edge and a certain quality that we’re glad we turned it into an R. But trimming it down to PG-13, aside from the fact that the movie is now 10 minutes long — I’m kidding — but trimming it down to PG-13 really left basically the same movie there. I mean, it was shocking how well it works. Anyway, it doesn’t feel defanged in the way that people might expect, or critics might worry about. It still feels pretty darn edgy and yet, it’s more accessible to a younger audience.

The Deadpool movies have already broken down several taboos in the genre as it championed the viability of R-rated blockbuster superhero fare, but this PG-13 cut is still one of the most unexpected and surprising things it’s done. I’m super stoked to see how it all turns out when it hits cinemas on 21 December.