The first Ouija was not a great movie, but from what we have seen of its sequel, Ouija: Origin of Evil, it is certainly looking better. The first trailer showed a lot of promise, but this extended TV spot looks even better. You can’t tell much from one minute of footage, but there is some extra scenes here that we haven’t scene before which have the potential to be terrifying.

I still don’t expect this to deviate too much from the formula of jump-scares, but it has the promise of at least being better than the original. It’s rated PG-13 in the US, which is a sign that it may not be that scary, but likely still scary enough to wet some of our reviewers pants. I can picture it now. We can get Darryn or Nick to review the movie and then film them while doing so. The scared look on their faces as they try and call their mommies will be priceless. And make us a fortune on Youtube.

Kervyn, can I please borrow some cash for a new video camera?

You can view the official synopsis below:

It was never just a game. Inviting audiences again into the lore of the spirit board, Ouija: Origin of Evil tells a terrifying new tale as the follow-up to 2014’s sleeper hit that opened at number one. In 1965 Los Angeles, a widowed mother and her two daughters add a new stunt to bolster their séance scam business and unwittingly invite authentic evil into their home. When the youngest daughter is overtaken by the merciless spirit, this small family confronts unthinkable fears to save her and send her possessor back to the other side. 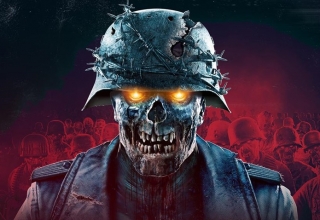