What will a fireman finally do when there are no fires to put out? Well, burn things of course because when you love playing with fire you have to find something to play with. That’s what Michael B Jordan’s character is out to do in Fahrenheit 451, an adaptation of the popular novel by Ray Bradbury which is set in our highly possible dystopian future where technology controls everything we do and so human knowledge is becoming less relevant. Which is why the firemen are deciding to burn books now.

What scares me the most about a concept such as Fahrenheit 451 is that can see this happening. While we like to look at ourselves as an intelligent species, the truth is that we are inherently more lazy than anything else and if we can find a way for technology to do things for us, we will. The problem is, once technology starts to think for us too, we will stop doing that as well and essentially become a bunch of slaves that will do what they’re told because they don’t know any better and we’re back into the dark ages all over again. 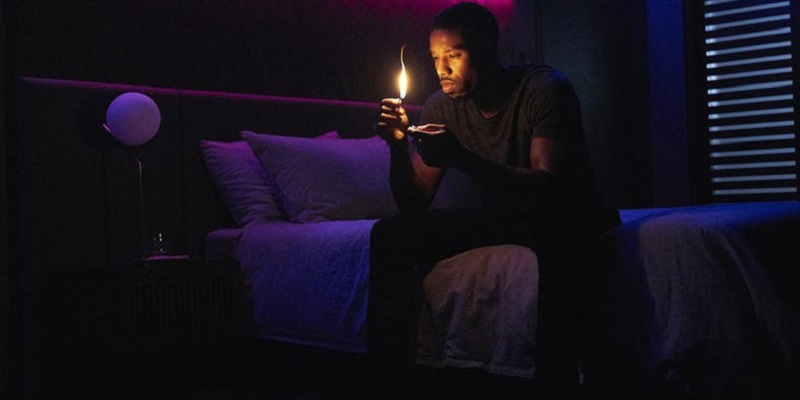 This scary view of the future is perhaps one of the reasons why I am so excited for HBO’s upcoming movie which does not feature a frightening picture of our future, but top acting talent as well with Michael Shannon, Sofia Boutella, Laura Harrier and Martin Donovan all joining Jordan in this new movie.

The movie looks excellent as well with it being the kind of high-quality sci-fi movie that makes you think, but with some action thrown in to boot. If it can turn out to be as good as the trailer makes it look, HBO should have a definite winner on its hands and for one look forward to watching it. The book has been adapted into a movie before, but needless t  say that this modern take looks more aligned to what you would expect a dystopian world to look like than the earlier 1966 version and its one of those movies which I don’t mind Hollywood revisiting to do it right.

Fahrenheit 451 is scheduled to premiere on May 19th on HBO, which will mean it will likely find its way to South African audiences via Multichoice and Showmax in the not too distant future. Hopefully not before books become unnecessary at least.