I’ve been quite excited about Disney’s recent efforts to convert their classic animated films into live-action adaptations. Especially since the quality of films we have seen so far from the studio has been quite exceptional and the next one, Beauty and the Beast is looking to be equally as good. But news about a Winnie the Pooh adaptation that was announced last year, I’m not really excited about. Admittedly this is more about my general dislike of the Pooh franchise more than a belief of what Disney can do with a movie about it.

And I’m sure in that above statement I’ve encouraged the wrath of hundreds of people, but its that Winnie the Pooh has never been my type of entertainment or humour. I find it too sugary sweet (and not because of the excess honey) and cute for my liking. Call it a preference thing rather than criticism of the popular characters.

However, regardless of how I feel about the news, any movie adaptation of A.A Milne’s famous children’s book series Winnie the Pooh is still bound to be big news and it comes as no surprise that Disney is wanting top talent to direct the film. And according to The Hollywood Reporter, that director is set to be none other than Marc Foster, director of such big films as Finding Neverland, Quantum of Solace and World War Z. Needless to say, that news has definitely made me stand up, as Foster is a very skilled and dynamic director who can certainly do something quite different and exciting with the material.

And with the news, we also have word that it will be receiving a new title, Christopher Robin, and have more info about what we can expect from the story. With a screenplay written by Alex Ross Perry (Listen Up Philip, Queen of Earth), the film will be taking an approach similar to Steven Spielberg’s Hook, focusing on a now adult Christopher Robin returning to the world of Hundred Acre Woods. Robin has grown up into an unimaginative businessman with no time for his wife and daughter. When Pooh comes back into his life, he must help him reunite with his old friends while also re-connecting with his family… Yip, pretty much almost exactly like Hook then.

To be honest, it’s a good idea to set the movie in a world where Christopher Robin is much older, as this ensures the story can be completely fresh and told from a different perspective, hopefully making it more appealing to both older and younger members of the audience. However despite finding excitement in the securing of Foster as the film’s director, I remain skeptical as to whether I will actually enjoy this.

Maybe Disney can finally convert me to the charms of the yellow teddy bear and his gang of friends. In the meantime though, I look forward to their upcoming live-action adaptations of other classics like the aforementioned Beauty and the Beast as well as the upcoming The Lion King, Mulan, Dumbo, The Little Mermaid, Aladdin, and Snow White. Good times to reminisce about some childhood favourites. 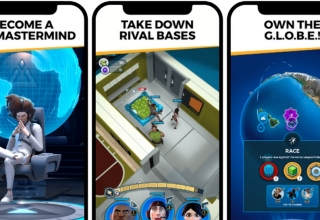