I know that we can’t have a major blockbuster opening every week, but with Age of Ultron so close at hand, I’m almost getting annoyed with the new movies coming out. Why aren’t you Avengers yet, damnit? Why?!

A brilliant high school student and his friends uncover blueprints for a mysterious device with limitless potential, inadvertently putting lives in danger.

Despite Project Almanac’s decent – albeit lightweight – plot, its clever moments and its fresh take on the time-travel genre, it’s seriously let down by the decidedly stale use of “found-footage” filming, which is so tired and overdone by now that it’s hard to look past. Still, if you don’t mind the nonsensical use of “meant to look like it was shot on an iPhone but obviously wasn’t and oh look we’re running now I hope you don’t get motion sick”, Project Almanac might be worth your time.

Brooklyn mobster and prolific hit man Jimmy Conlon, once known as “The Gravedigger,” has seen better days. Long time best friend of mob boss Shawn Maguire, Jimmy is haunted by the sins of his past—as well as a dogged police detective who’s been hot on Jimmy’s heels for 30 years. Lately, it seems Jimmy’s only solace can be found at the bottom of a whiskey glass. But, when Jimmy’s estranged son, Mike, becomes a target, Jimmy must make a choice between the crime family he chose and the real family he abandoned long ago.

Much like “Sean Bean never lives to see the credits”, the “Liam Neeson’s family is in danger and he must now go kick some ass” trope is becoming well established. And at least Neeson partly makes up for Taken 3 with his decent performance in this solid, middle-of-the-road but mostly forgettable action movie. Kervyn rates it an inoffensively entertaining 3.5/5.

THE LONGEST RIDE tells the tale of the star-crossed love affair between Luke, a former champion bull rider looking to make a comeback, and Sophia, a college student who is about to embark upon her dream job in New York City’s art world. As conflicting paths and ideals test their relationship, Sophia and Luke make an unexpected and fateful connection with Ira, whose memories of his own decades-long romance with his beloved wife deeply inspire the young couple. Spanning generations and two intertwining love stories, THE LONGEST RIDE explores the challenges and infinite rewards of enduring love.

For probably the first time ever, the internet collectively bullied a major film studio in… 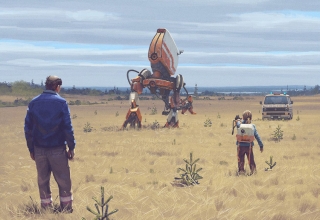