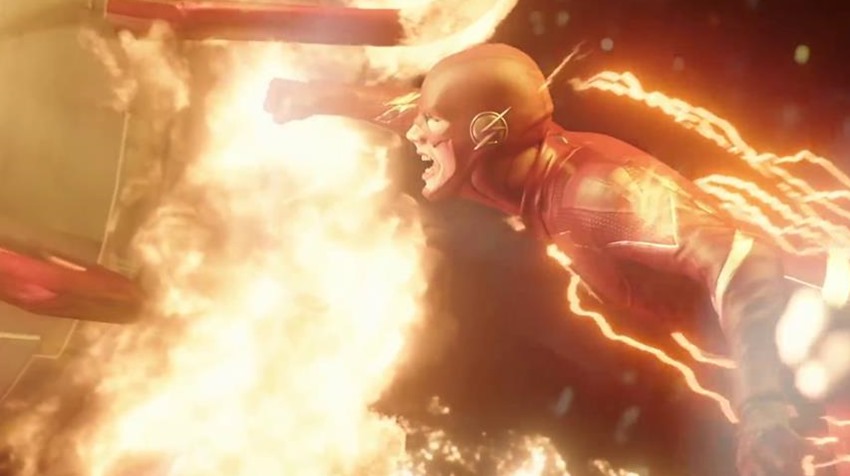 Season 4 of The Flash was such a marked improvement over the dour and boring Savitar saga of season 3, that you’d swear that a certain scarlet speedster had raced backwards in the timestream to give the cast and crew attached to that show a blueprint for how to do the series justice. While it was still your typical CW show with hallway pep talks aplenty, this year’s run of The Flash was tight, optimistic and included a villain who didn’t have the fastest legs around for once.

Where season 4 ended however, was on a cliffhanger of note. The Thinker’s final desperate plan to reset humanity back to the stone age had been thwarted, as Barry and another speedster punched an extinction-level asteroid out of its lethal descent. It was awesome, you had to be there to see it. That new speedster? None other than Nora Allen-West, the future child of Barry and Iris who showed up on the doorstep of the Wests and had some bad news to share.

She’d done goofed up with the time travel.

The future can come back to haunt you…

In addition to Nora, it looks like Team Flash will have a very different big bad to deal with this season: Cicada. A villain from the Flash comics who had the power to steal the life force from people, Cicada’s entire modus operandi was that he went after the people that the Flash had saved. Driven by his hatred of metahumans after they tore his family apart, Cicada isn’t a genius scientist seeking world domination but rather a blue collar antagonist who just wants revenge.

Looks like the team will need to dig into some good ol’ fashioned detective work if they want capture the madman who’ll be played by Chris Klein. And hey! The Flash suit ring! Man I’ve been waiting for that. Like most of the other Arrowverse shows, The Flash will return to TV in early October.