Joker, the origin movie about Gotham’s `most infamous villain and Batman’s perpetual arch nemesis is an oddity. It’s a standalone film unconnected to anything else happening in the DC universe, and is a gritty look at how Arthur Fleck (played by Joaquin Phoenix), a “a man disregarded by society”, spirals into madness and becomes one of comic books’ most iconic villains.

The first real trailer has dropped, and I have to admit that it looks incredible. I’m not really big on super hero movies, so this dark, gritty and realistic look at insanity – divorced as it seems from the usual comic book escapades – tickles me. The trailer was first shown earlier today at CinemaCon, but now it’s on the internet for all to see. 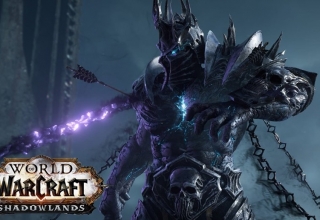 While you’ll need to be an especially dedicated player to crack an invite, this will be our first opportunity to dig a little deeper into the game’s eighth expansion.