WWE Monday Night RAW took place this week from the Scottrade Center in Saint Louis, Missouri. Here’s all the action that went down ahead of this weekend’s Greatest Royal Rumble event. 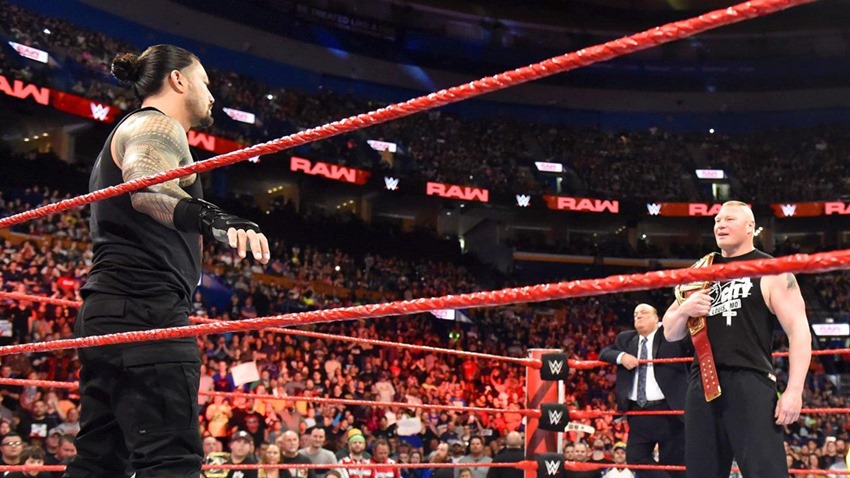 He came, he saw and he most definitely conquered at Wrestlemania. Brock Lesnar’s main event match at the showcase of the immortals left Roman Reigns battered and broken in a pool of his own blood, but the Big Dog is looking to avenge that loss at The Greatest Royal Rumble. Squaring off before their rematch this weekend, each man had something to say:

Lesnar was his usual cocky self, promising Reigns that he’d leave him with more than just a gash on his head, while Reigns promised to secure the title or die trying. Lesnar might have the advantage once again heading into Saudi Arabia, as his stipulation for the rematch resulted in it becoming a steel cage event. Which may just be a second home for the seasoned UFC veteran. 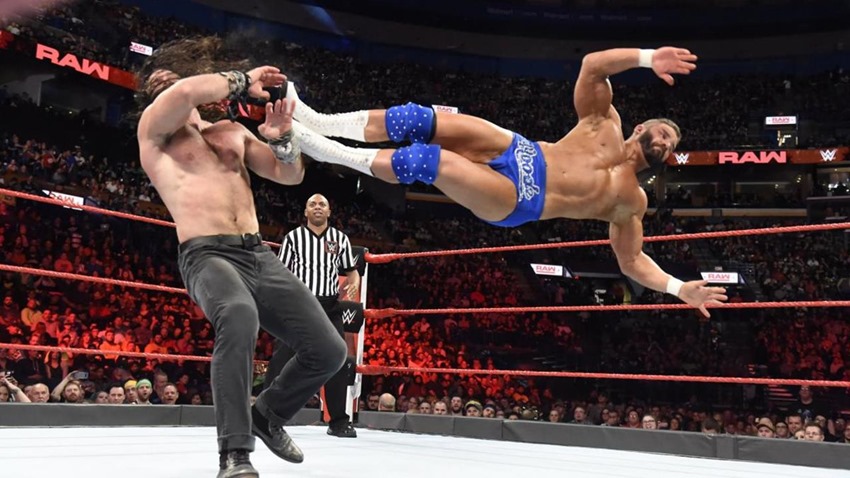 Turns out that Bobby Roode may not be ready to walk with Elias, as the former United States Championship found himself upstaged by the trouble-making troubador last night. With Roode acting too cocky and taking time to admire his handiwork, Elias found the perfect opportunity to bounce back and score the winning pin on the Glorious One. 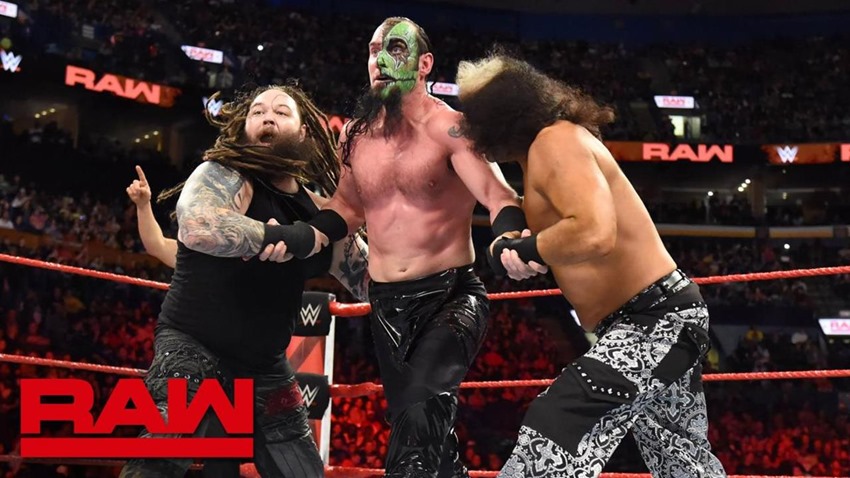 YEEEEEEEES! With The Revival defeated, the unlikely tag team of Bray Wyatt and Woken Matt Hardy continued their current winning streak, using the new blood of The Ascension as preparation for their tag team championship match against The Bar of Cesaro and Sheamus at The Greatest Royal Rumble.

The Show-off returned to RAW last week, and he didn’t come alone as Drew McIntyre joined his side for an assault on Titus Worldwide. History repeated itself last night, as the new RAW duo used pitch-perfect teamwork to put Apollo Crews and Titus O’Neil down for the count. 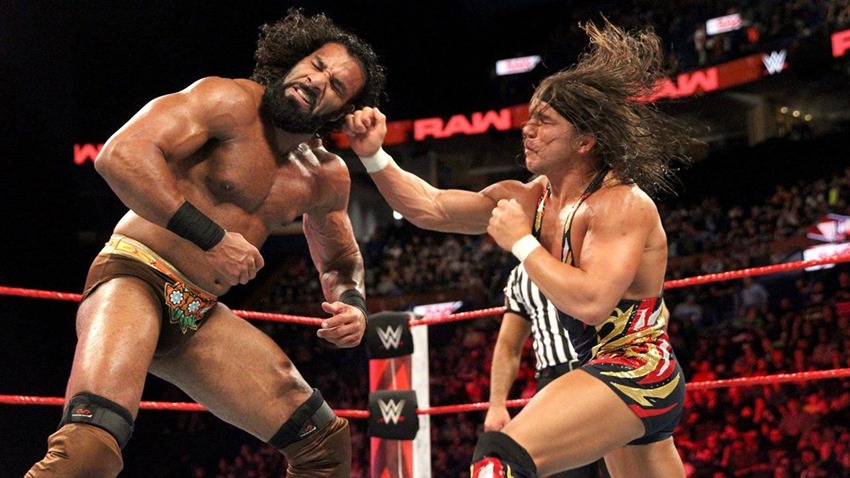 No longer a tag team specialist, Chad Gable is out to make a name for himself as a solo competitor. Last night may have been just what the former American Alpha and tag team champion may have needed to kickstart his new career, as Gable’s fierce opposition saw former WWE Champion Jinder Mahal  try every dirty trick in the book to secure victory. Surviving a pre-match assault and inteference from Sunil Singh, Gable’s offense saw the Modern-day Maharaja fall to a perfectly-executed roll-up pin. 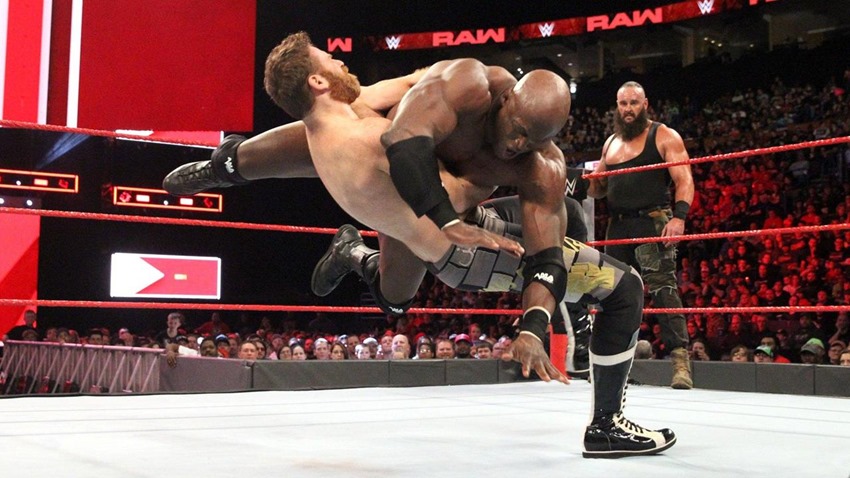 Two words for you: Pure power. That’s what Kevin Owens and Sami Zayn were on the receiving end of last night, as the Gift of Destruction teamed up with Bobby Lashley to deliver pain to the Yep Movement. Attempting to fight brawn with brains and cheap tricks, Owens and Zayn found that there was only one way that this match could have ended: At the hands of Strowman as he delivered his signature Running Powerslam. 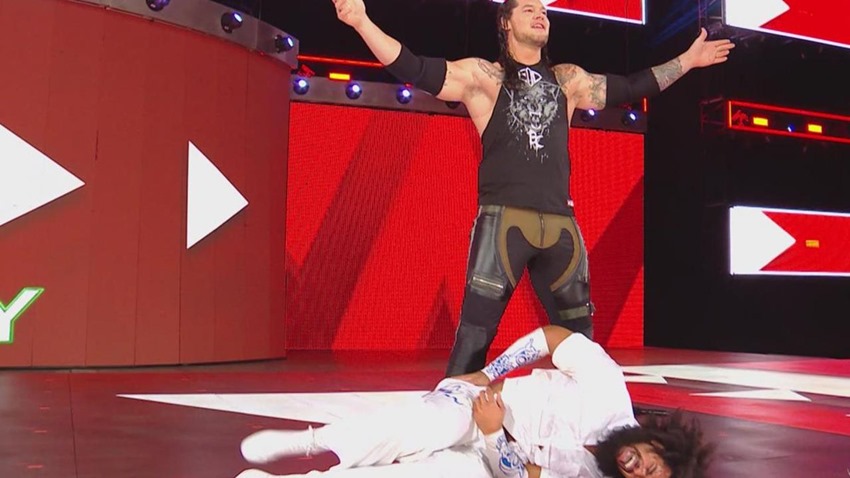 No Way Jose may be a positive thinker, but he’s going to need more than just an happy attitude to deal with the lone wolf Baron Corbin as he found out last night when he met various entrance ramp tools on a face-first level. 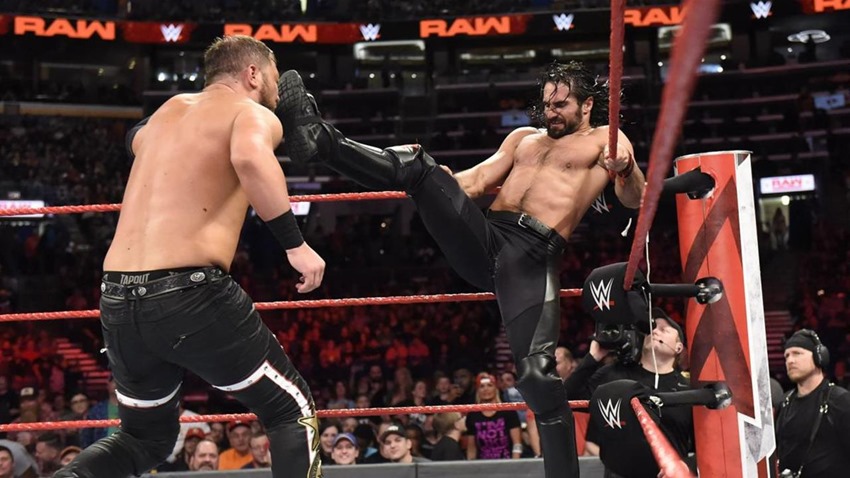 Without The Miz, Bo Dallas and Curt Hawkins are lacking a direction in life. Attempting to prove their worth in the RAW locker room, the duo decided that a tag team match against Seth Rollins and Finn Balor would be a perfect exhibition of their skills. Only the opposite of that, as the new Intercontinental champion and Balor overcame their early opposition and delivered a pair of finishers to Hawkins that ended in the usual 1-2-3 for the former Miz lackeys. 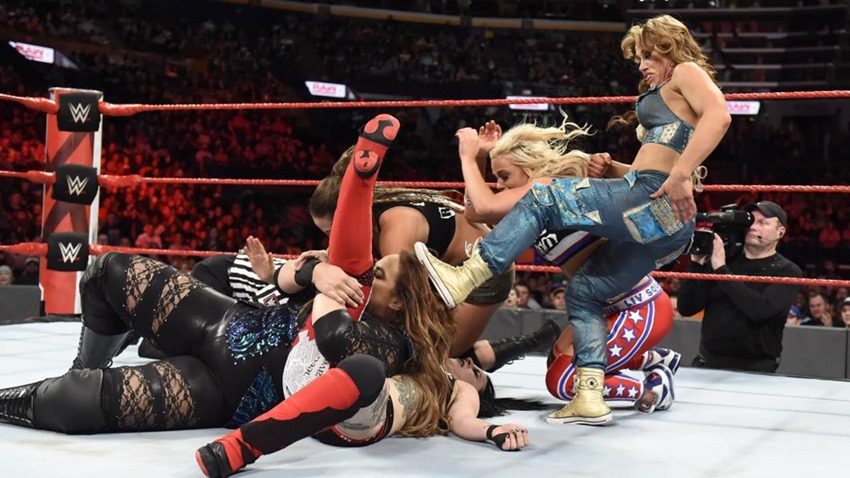 What should have been a main event for the ages in the woman’s division of RAW quickly spiralled out of control when the more nefarious members of this ten-woman tag team match equation decided to break the rules. Here’s what you need to know though: Sasha Banks and Bayley still can’t function together, Alexa Bliss evoked her rematch clause against Jax for a match at WWE Backlash, Ember Moon is still a force of nature and Ronda Rousey left Mickie James in agony when she applied an armbar to Alexa’s bestest pal. 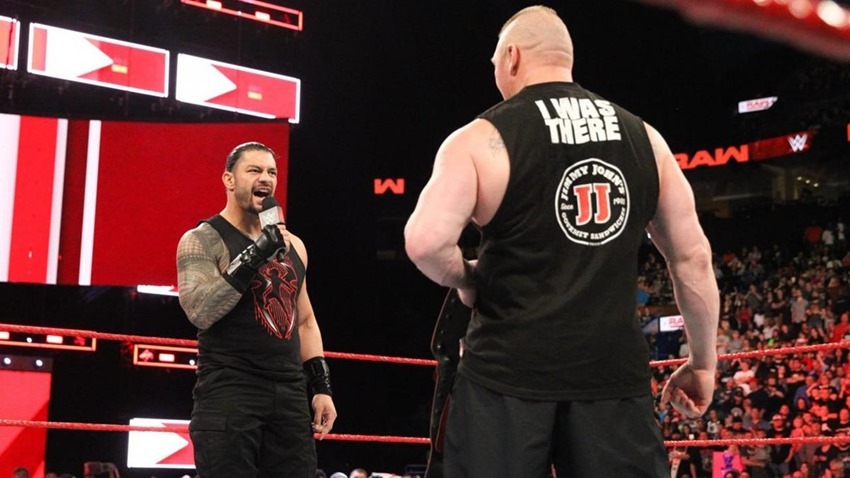