WWE Monday Night RAW took place from the American Airlines Center in Dallas, Texas. Here’s all the action that went down last night. 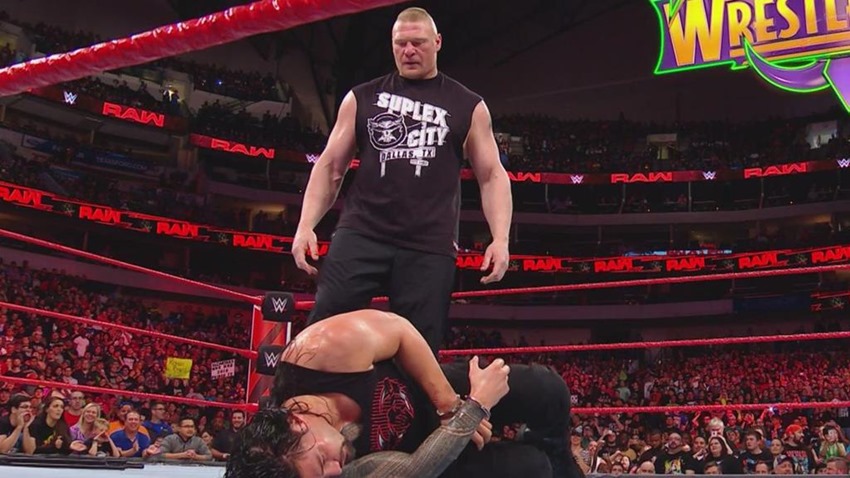 Roman Reigns had been wanting a fight with Brock Lesnar for weeks, calling out the WWE Universal CHampion whenever the opportunity presented itself. Well, be careful what you wish for, as Reigns finally got his showdown with the Beast Incarnate. Only this time, the Big Dog may have found himself outgunned. Defying his suspension, Reigns soon found himself handcuffed by US Marshals, law enforcers that he quickly dealt with despite having his hands tied.

Lesnar on the other hand? The Conqueror decided to send a warning to Reigns, with a series of German Suplexes, chair shots and a dreaded F5 before he was finally done dismantling his Wrestlemania opponent. 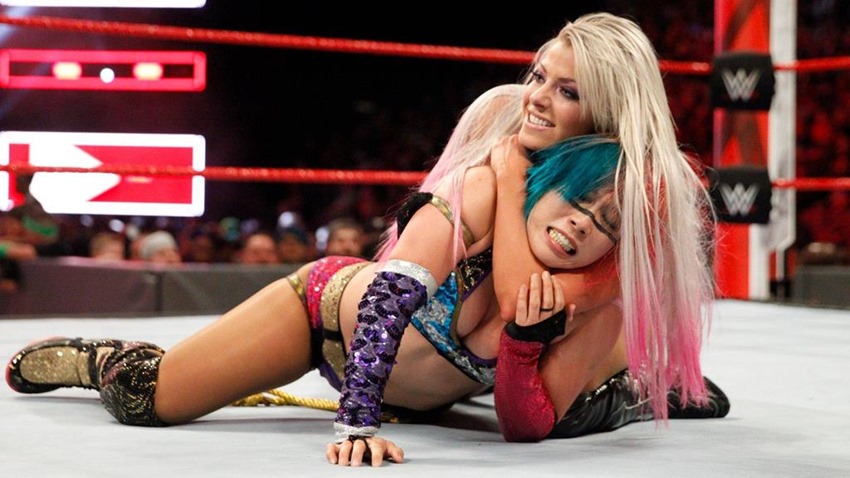 The streak continues! With Mickie James at ringside, it looked like RAW Women’s Champion Alexa Bliss would soon end the winning streak of Asuka, but an ankle lock from the Empress of Tomorrow saw Bliss call the match off, walking out and suffer a count-out loss. The night wasn’t over for little miss Bliss however, as a vengeful Nia Jax decimated Mickie James and chased after Bliss.

There’ll be nowhere to hide at Wrestlemania however, as general manager Kurt Angle greenlit a showdown between Jax and Bliss at the show of shows. 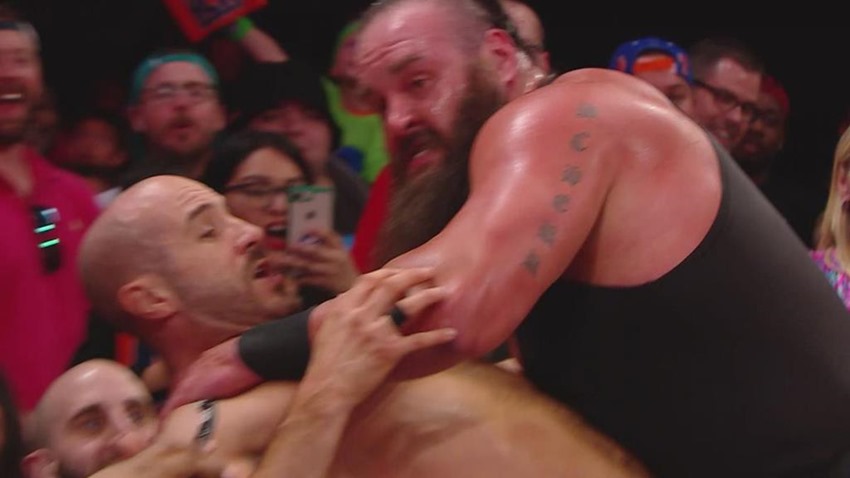 The monster amongst men will soon find himself challenging for the WWE RAW tag team titles at Wrestlemania, provided that he can find a partner. Or if he even needs to bother, as the one-man army known as Braun Strowman made short work of Cesaro.

The Revival def. Titus Worldwide and declared for the Andre the Giant Memorial Battle Royal 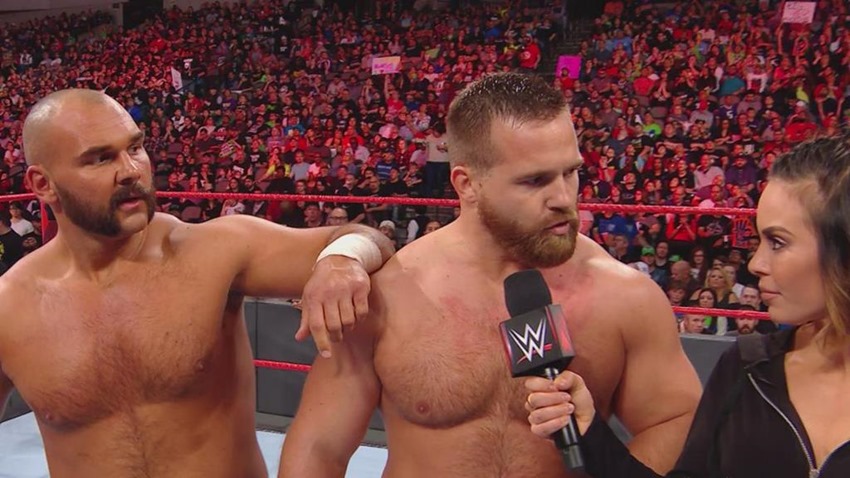 With Titus Worldwide handily defeated in the ring thanks to a Shatter Machine on Titus O’Neil, Dash and Dawson declared that Wrestlemania would see the duo tackle Braun Strowman’s solo turf, seeing as how he’d taken over theirs. The Andre The Giant Battle Royal will soon see the tag team specialists in action in a match where it’s every man for himself. 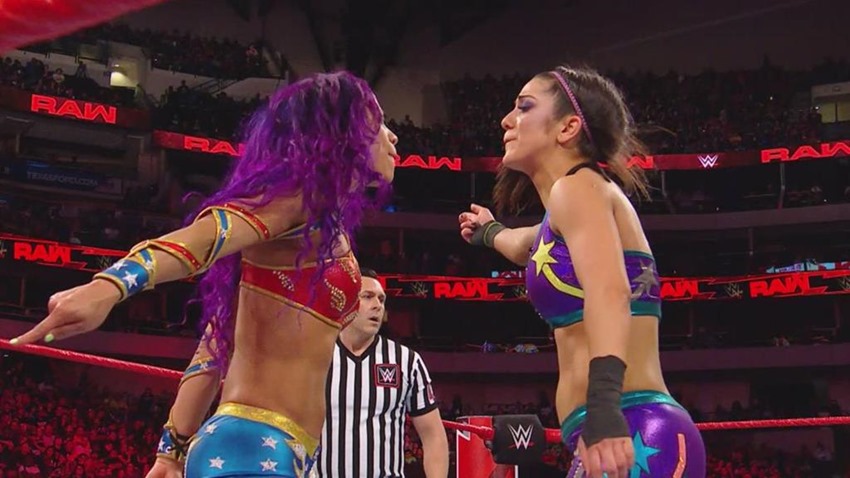 Looks like the friendship between Sasha Banks and Bayley is indeed over, as Mandy Rose and SOnya Deville exploited their fractured partnership to claim a victory for Absolution last night. 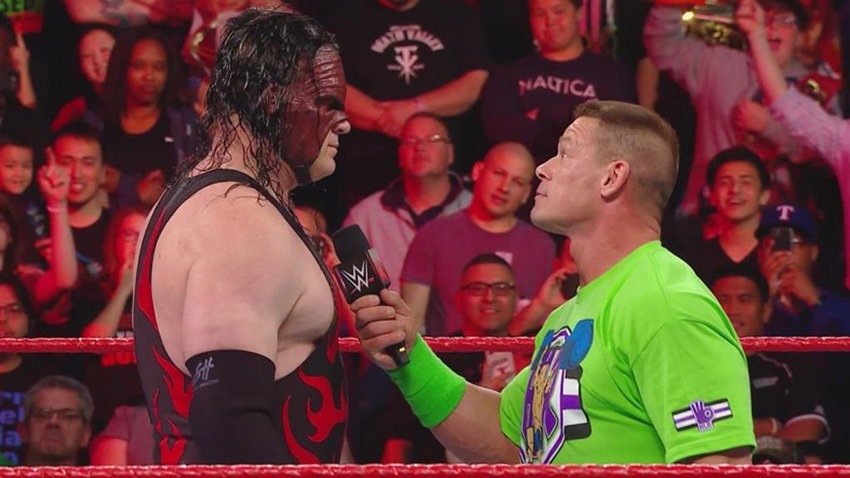 For weeks, John Cena has been after a Wrestlemania match, and failing utterly in the process. Last week, the Cenation Leader decided to challenge the deadman to one more Wrestlemania showdown, but he may have awakened the wrong demon. Continuing to taunt the missing phenom, Cena’s actions managed to summon Kane, who decided to send a message of his own to Cena with a ring-shaking chokeslam.

If Cena was looking for a Wrestlemania opponent, he may have just found a devil worse than the Undertaker.

The Bálor Club def. Intercontinental Champion The Miz and The Miztourage 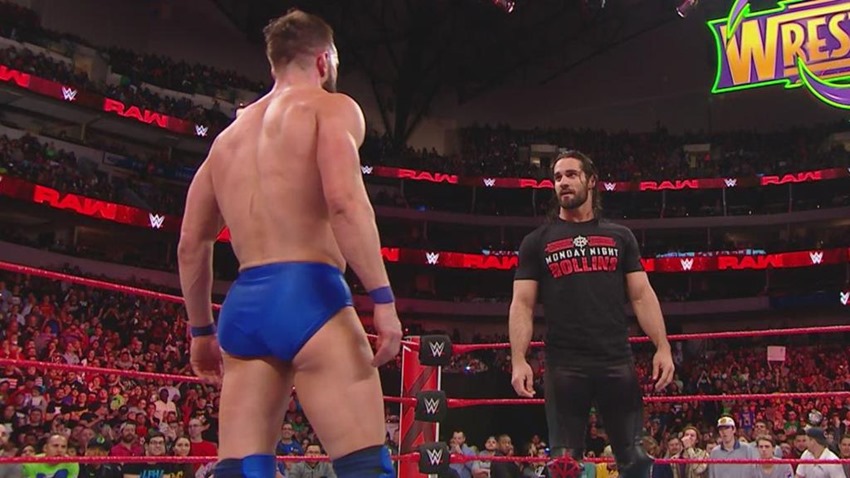 The Miz and The Miztourage had another bad night on RAW, but at least their loss to the Balor Club ended with a post-match beatdown where they were the last guys standing…until Seth Rollins chased them off. 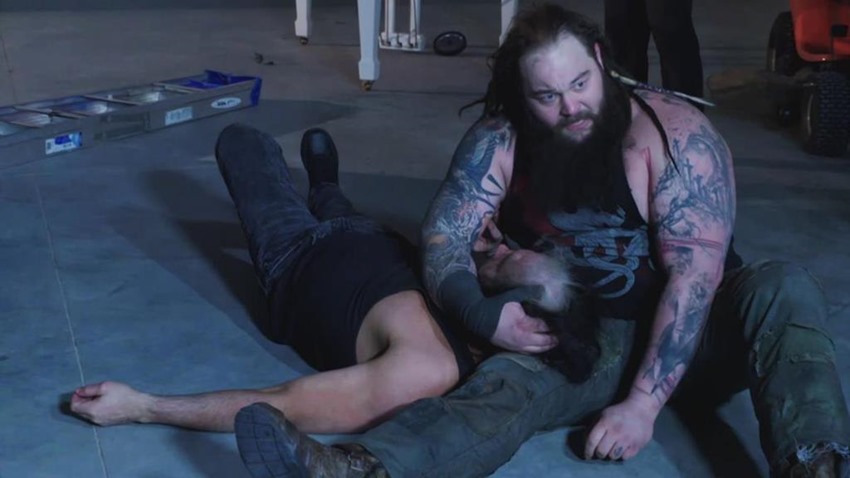 The Great War, was finally OVAH! In a tense battle at the Hardy Compound, Bray Wyatt finally fell to the Woken Warrior and his ultimate deletion. What began in a wrestling ring spiralled out of control, as Hardy’s Vanguard 1 initiated the Bommstick protocol and gave Hardy an edge in the feud. In the land of obsolete men, Wyatt pursued Hardy and found himself in the dome of deletion as the woken one attempted to run Wyatt over with a lawnmower and holy crap this match got weird.

Anyway, the madness continued and eventually ended at the Lake of Reincarnation, as the Woken Family intervened. Jeff Hardy returned, the nefarious Brother Nero providing the distraction that Matt needed so that he could lock in a twist of fate on Wyatt and send him tubling into the fabled Lake of Reincarnation. The deletion, was finally complete. 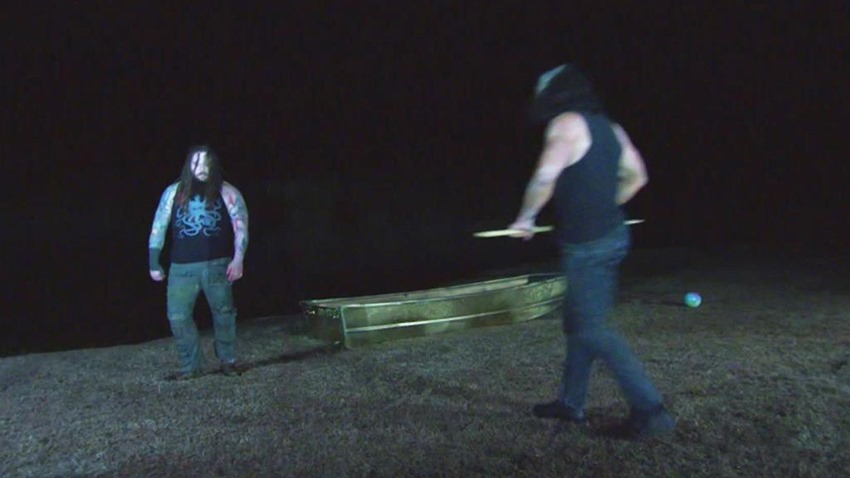