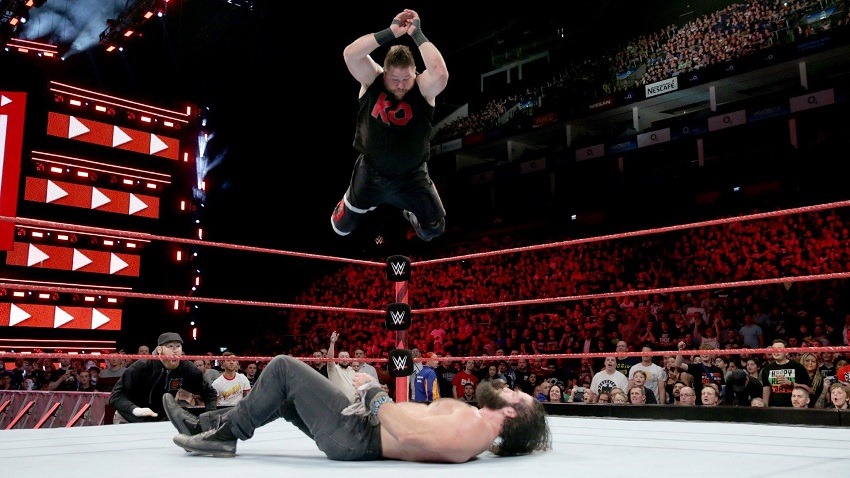 WWE Monday Night RAW took place from the O2 Arena in London, England. Here’s all the action that went down across the pond.

Time after time, Roman Reigns has failed to recapture the WWE Universal championship from Brock lesnar. With consecutive failures under his non-belt, it might be time for a new challenger to take on the Beast Incarnate as RAW general manager Kurt Angle informed the big dog that higher powers in the WWE had officially barred Reigns from taking part in any qualification match to become the number one contender.

Instead, superstars like Jinder Mahal would get the chance to face Lesnar, provided that he could survive a match against other worthy superstars that night. Y’know, Jinder Mahal who cost Reigns his latest chance at fighting for the gold last week. Not exactly happy, Reigns sought out Mahal and brawled backstage with him, with the Modern Day Maharaja barely escaping.

The open challenge continued on a new continent, as Seth Rollins defended his Intercontinental Championship against the cunning Kevin Owens. Surviving numerous counters and traps, Rollins eventually landed his big boot on the back of the head of Owens and picked up the win. And of course, KO rushed to Kurt Angle to complain that he was robbed yet again.

Bobby Roode def. Baron Corbin and No Way Jose to qualify for the Men’s Money in the Bank Ladder Match

The ladder match for a chance at seizing the Money in the Bank briefcase continued, with Bobby Roode coming out on top and earning a spot alongside the other challengers for that upcoming event. Facing the conga-chaos of No Way Jose and Baron Corbin, the Roode one diverted Corbin into a ring post and scored the winning Glorious DDT on Jose to pick up the win.

Looks like it’s going to snow in the Sahara, because the most unthinkable has happened: Curtis Axel and Bo Dallas have won a match. No longer the Miztourage and now calling themselves the B-Team, Dallas and Axel managed to defeat Breezango in the ring and start a journey towards eventually facing Bray Wyatt and Woken Matt Hardy for their tag team gold.

Divide and conquer may have been the game plan for the Riott Squad, but after Sasha Banks managed to escape some gruelling punishment and help turn the tides on this gang, the end was near. Boasting uncharacteristic teamwork, Banks, Natalya and Ember Moon locked up the squad as Liv Morgan soon found herself outnumbered and locked in the dreaded Sharpshooter. Tapping out, was only a matter of time.

The Revival may be tag team specialists, but they certainly aren’t DELETERS of worlds. Weathering the storm, Bray Wyatt and Woken Matt Hardy eventually got the upper hand with a double Sister Abigail finisher on Scott Dawson, which has now been rechristened as the Kiss of Deletion. WONDERFUL!

Alexa Bliss def. Bayley and Mickie James to qualify for the Women’s Money in the Bank Ladder Match

The RAW Women’s championship may be contested by Nia Jax and Ronda Rousey right now, but Alexa Bliss still has lans to reclaim her title. With an eye on Money In The Bank, Bliss snuck in a a wicked DDT to Bayley that earned her a spot in the Women’s division for the future event.

Dolph Ziggler and Drew McIntyre had a plan last night, and it involved redirecting the force of nature known as Braun Strowman. Using his own momentum against him, the former WWE champions focused their efforts on Finn Balor, with Ziggler scoring the winning pin.

Kevin Owens def. Bobby Lashley and Elias to qualify for the Men’s Money in the Bank Ladder Match

After whinging to Stephanie McMahon about his supposed robbery of a match against Seth Rollins, Kevin Owens got inserted into a new match: a Triple Threat Money in the Bank qualifier, replacing Jinder Mahal who was out of action after suffering a Spear from Reigns earlier in the night. Making good on this newest chance, Owens (with a little help from his friend Sami Zayn) stole a win when he landed a Frog Splash on Elias while Bobby Lashley shook off the effects of a ringside Helluva Kick. 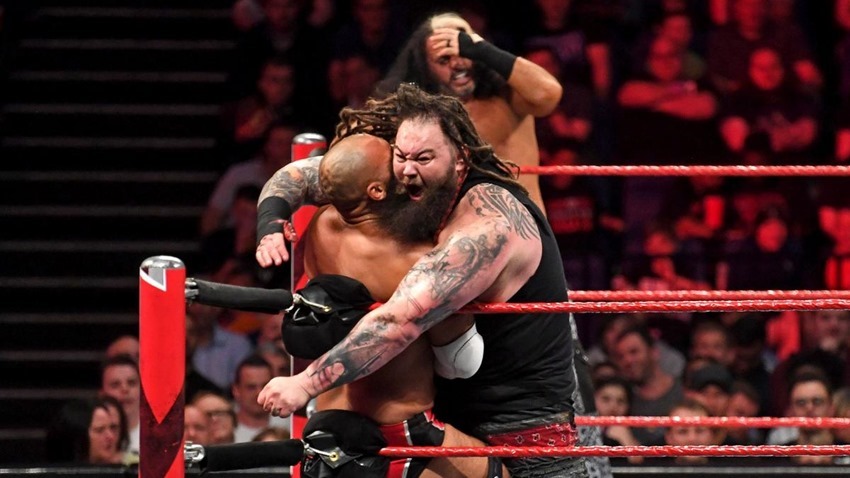