WWE Smackdown LIVE took place from the Dunkin Donuts Center in Providence, Rhode Island. Here’s all the action that went down as the Superstar Shake-up continued. 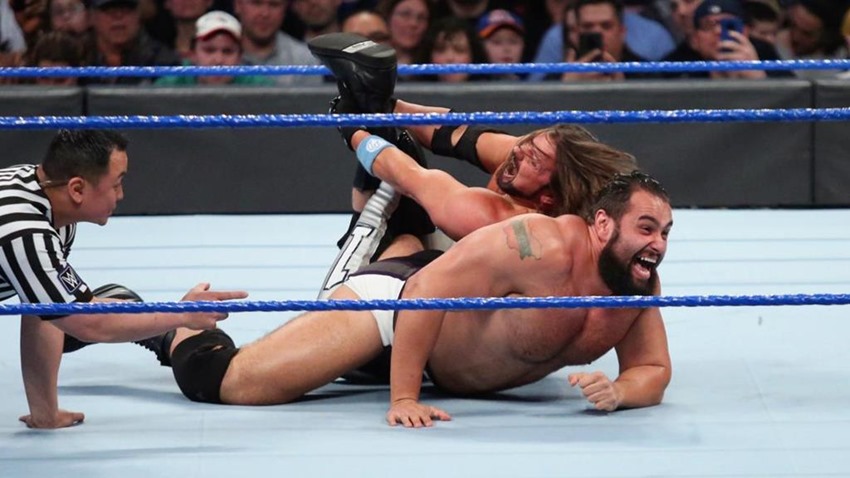 Wanting some payback after last week’s attack on him by Shinsuke Nakamura, WWE Champion AJ Styles faced down Rusev instead, with the two engaging in a furious battle. Just when it looked like victory would belong to Styles that night when his dread Calf-Crusher was applied, Rusev’s lackey Aiden English jumped the ropes and brought the match to a halt.

Former general manager Daniel Bryan decided to lend a hand, leading to new Smackdown LIVE boss Paige to set up a main event between the four men for later on in the night. 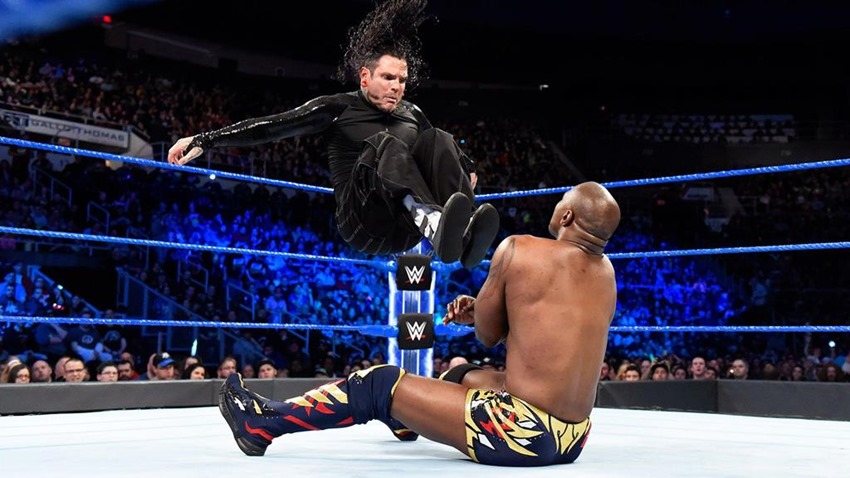 The superstar shake-up continued, as the new United States champion Jeff Hardy made a huge splash in the ring, taking down Shelton Benjamin with his signature Swanton Bomb. Smackdown LIVE just got more extreme. 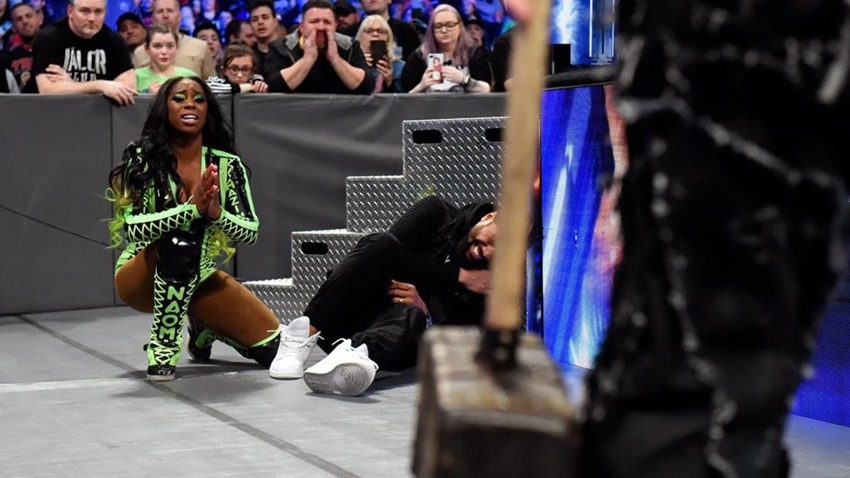 The Usos got a taste of destruction when they lost to the Bludgeon Bros. at Wrestlemania, and last night Jey Uso received some one on one time with Harper as one half of the new tag team champions demolished Jey with a Discus Clothesline. Looking to cause some grievous bodily harm after the match, only Jey’s wife Naomi could stop the onslaught when she pleaded with the Bludgeon Brothers to put their mallets away. 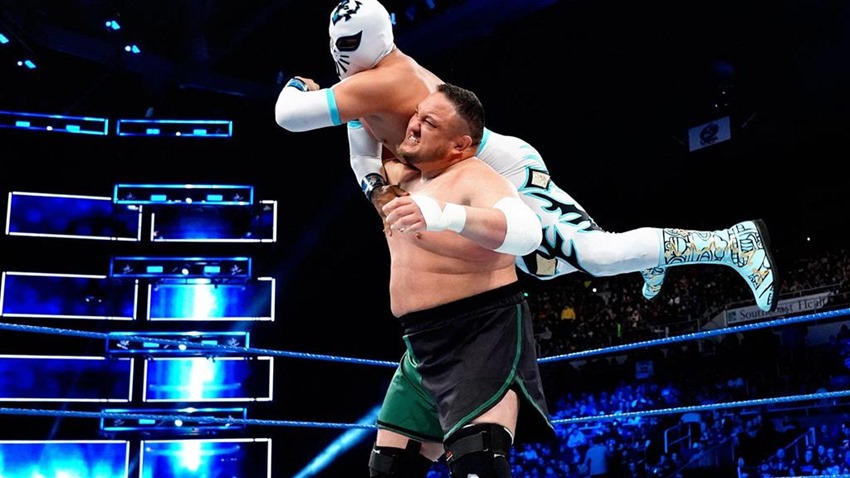 The Samoan Submission Machine is now a Smackdown LIVE player, and he kicked off his night by dismantling Sin Cara in the ring. Samoa Joe left the ring after making two statements: One, he’d be taking the Intercontinental championship at The Greatest Royal Rumble and two, should Roman Reigns defeat Brock Lesnar and capture the UNiversal championship, Joe would be waiting for him and be more than ready to relieve him of that belt. 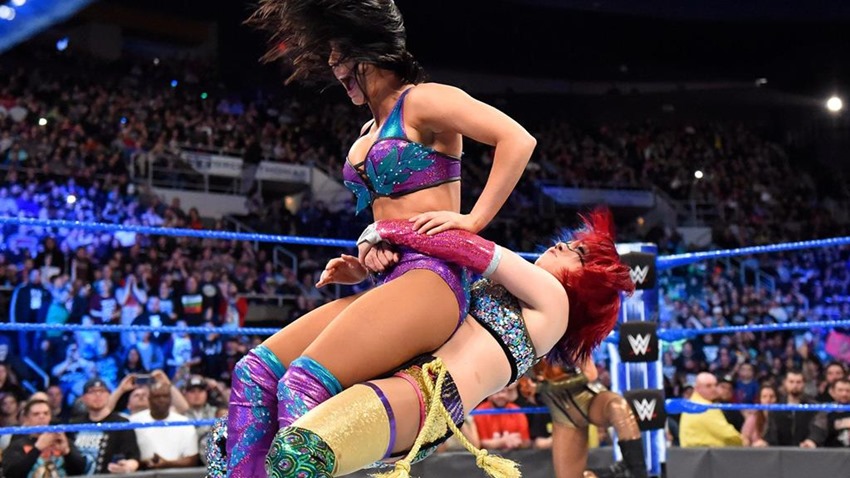 After a brawl for all that put a cork in Carmella’s “Melebration”, general manager Paige set up Charlotte Flair to take on Billy Kay of the Ilconics. A high-pitched brawl, Charlotte Flair’s match may have ended ina  victory for her but it also saw a post-match beatdown. Who could save the day? None other than Asuka, as the Empress of Tomorrow arrived on Smackdown LIVE to lend a hand and throw her name into the championship race. Carmella, was definitely not ready for that. 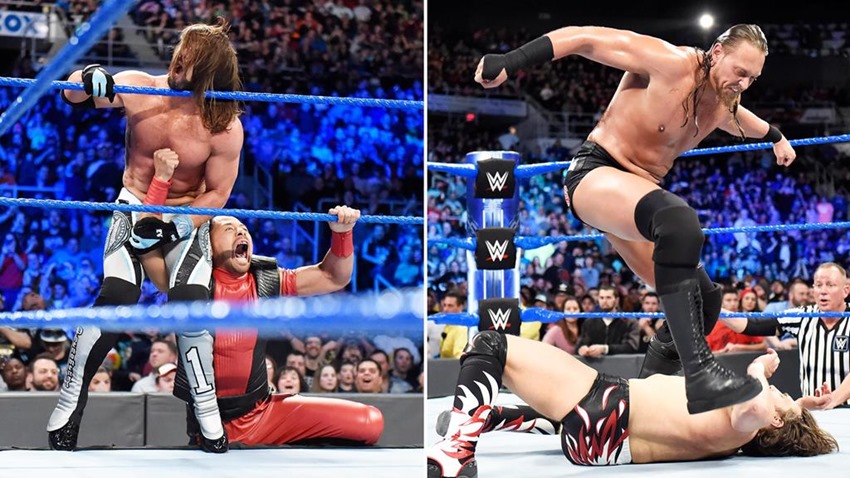 What should have been a glorious tag team match starring two of the finest technical performers in the WWE instead turned into a one-sided beatdown, as the King of Strong Style finally decided to make an appearance. Albeit one that ended with AJ Styles receiving another low blow from Nakamura, while Daniel Bryan was kept busy by the returning Big Cass and the biggest of boots. 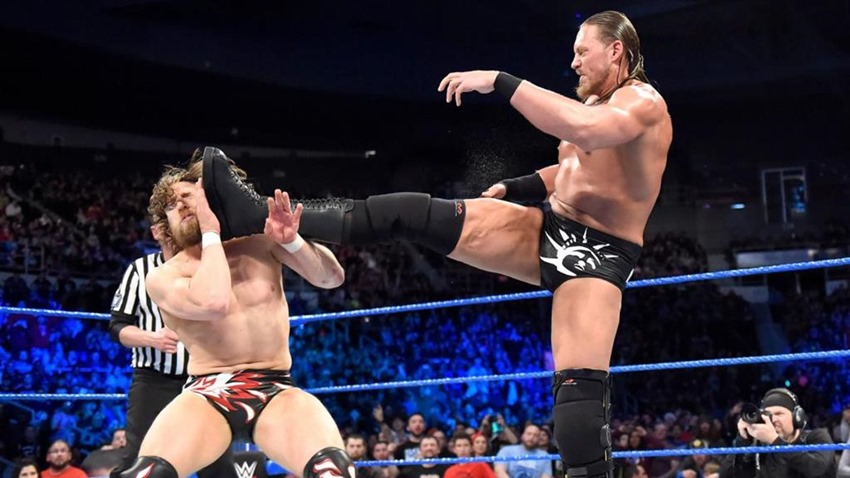