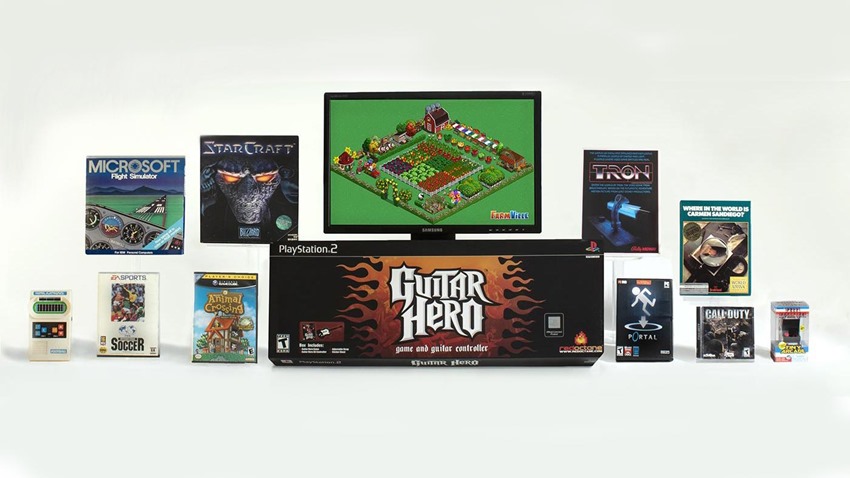 Video game fans pretty much have tiny museums on their shelves at any given time. Preserving history, having a shrine dedicated to a single franchise, it’s all par for the course. I’m typing this while looking at myself in a mirror that also conveniently reflects the collection of Pokémon games behind me, you get the idea.

On a more international level, the Strong Museum of Play announces new finalists for its Video Game Hall of Fame every year, and this year’s potential inductees are a heavyweight collection of video game franchises and titles that have become legendary in the years since they were first released. And Farmville’s also there for some reason. Here’s the full list from the Strong Museum:

That right there, is a heck of a list. Animal Crossing: New Horizons had an amazing debut last year of course, but it wouldn’t even exist if it weren’t for the original game first appearing two decades ago in 2001. Guitar Hero introduced the world to the joy of plastic musical instruments and other assorted paraphernalia, Call of Duty is a brand that is synonymous with making stupid amounts of cash every year, and StarCraft helped set the stage for esports to become a global force on the international stage of entertainment.

Mattel Football…I got nothing to be honest. I’m not going to even go online to see if it’s the superior American football or the inferior European futbol version, but at least fans of kicking a ball around are covered with the addition of FIFA International Soccer on the list. Can you believe that the first FIFA game out in 1993? 1995’s FIFA 95 Soccer technically got the ball rolling (HAW!) in 1994, setting the stage for one of the biggest video game franchises of all time.

Carrying on, Portal is still a triumph of fan passion and ingenuity, while Pole Position is a racing game that took first place in the hearts of many a driver back in its heyday. Where in the World is Carmen San Diego? may just be one of the most nostalgic games on the nominees list, thanks not only to its geographical mind-twisters but for also spawning a TV series with one of the catchiest intro songs of all time:

This year’s inductees will be announced on May 6, and once selected, they’ll be joining a collection of video game treasures. Last year had plenty of big names up for inclusion in the museum, with Bejeweled, Centipede, Minecraft, and King’s Quest getting the nod.