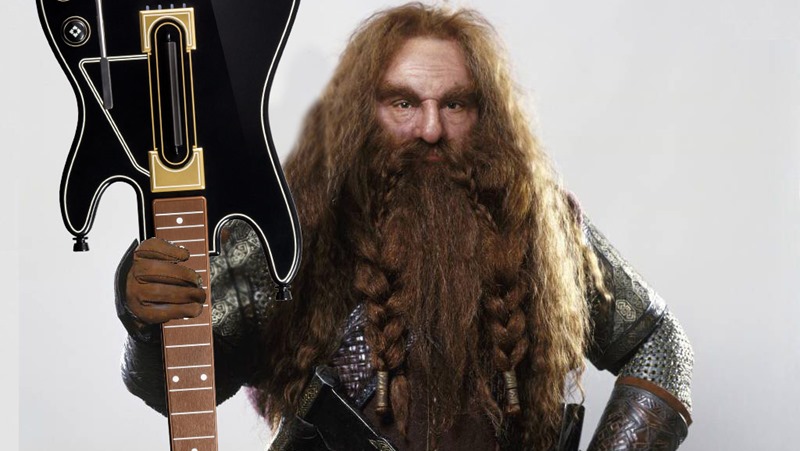 Guitar hero, you’ve changed man. The original series o games had a rather simple setup for a live crowd. And by live crowd, I mean an ocean of hands straight out of the dreams of an appendage fetish pervert’s mind. This year however, Guitar Hero Live features actual people, ready to cheer your axe solo or boo your hipster-dressed ass into oblivion. And capturing that crowd wasn’t easy.

In order to capture the proper scope of a crowd of some 400 extras, Activision got their hands on a gigantic camera setup that was previously used to help The Hobbit director Peter Jackson film and combine massive scenes for his hairy-footed trilogy of dwarves and CGI Billy Connolly. The camera itself clocks in at two tons according to Edge (via Gamesradar), with developer Freestyle Games explaining that the massive cast of extras were filmed in front of a large green screen backdrop. 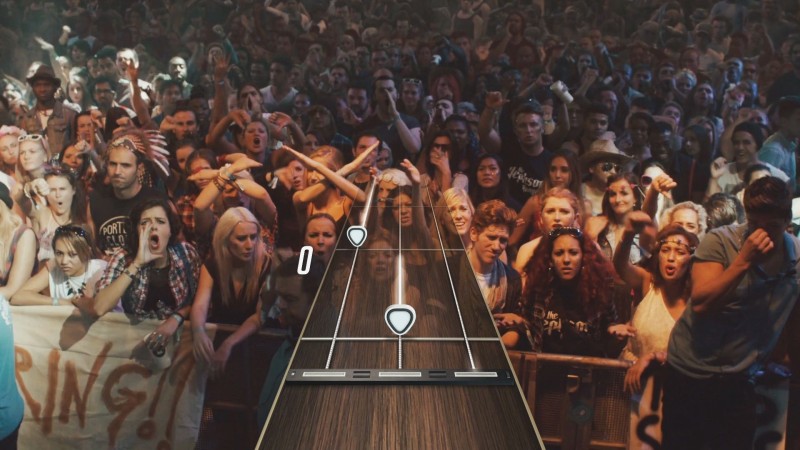 The crowd was then instructed to emote positive and negative reactions for the game, which were recorded at the same time and can then be used to flip between the two states of response, depending on your level of butter-fingers at the time. Rad solos equals happy crowds. Terrible riffs and missed chords equals a Zippo lighter being thrown at your face soon enough. In order to make 400 extras look like a 5000-strong crowd, Freestyle had the cast constantly swapping their clothing and attitude and moving several rows back, repeating the process until the audience looked massive enough and filling in any gaps with some CGI.

The camera however, wasn’t able to film both the crowd reactions and your pretentiously-dressed bandmates yelling at you at the same, so Freestyle had the band pre-show scenes written, rehearsed and filmed on its own. I’m still a bit torn over the new look of Guitar Hero, although that could also be the result of getting older and not understanding how this damn peacock fashion works. No, no it’s not. Everyone else is wrong, and I’m right.

I do however, expect this attitude to change should I be given a chance to strum along to some Guns n’ Roses and pull off a November Rain solo.

Cellphone cameras may be getting better, but when full mirrorless cameras like this get ma…