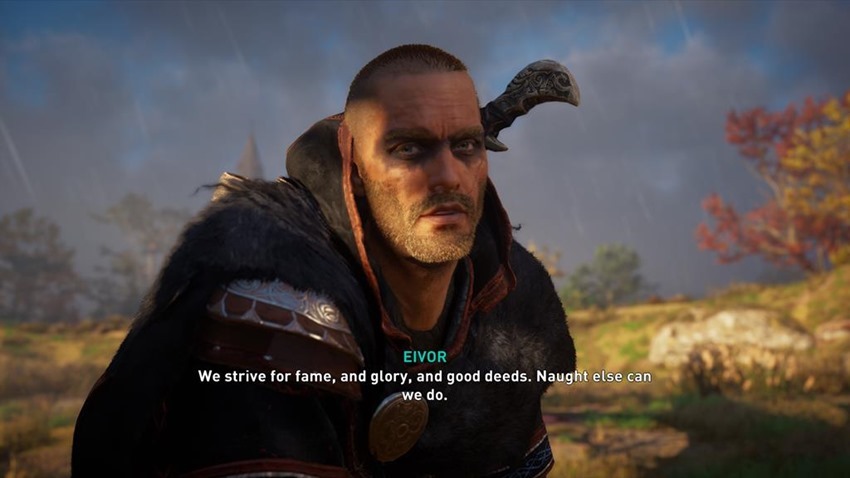 Like previous games in the series, there’s no right or wrong way to play Assassin’s Creed Valhalla. Feel like being an absolute menace and giving villagers a free prostate exam with your sword? Well don’t do that, you’ll get desynchronised from the game. But for a game that blends stealth and action together, the option to play as either a bloodthirsty raider or a savvy invader of the shadows is a liberating one.

At key points in the game though, you’ll need to make a decision that decides which ending you get treated to by the time the campaign is done. I won’t spoil what the endings are, but I will provide moderately-spoiled directions on how you can get the best one. In Assassin’s Creed Valhalla, this conclusion all comes down to the interactions that you’ve had with Eivor’s brother in arms Sigurd.

Make the wrong choice and you’ll earn a Sigurd strike on your scorecard. There are five key choices to be made throughout the game, and if you incur three Sigurd strikes then you’ll get the crappy and sad ending. Nobody wants that, so if you do any of this then you’ll ruin your relationship with your brother. Trust me, some of these are easier said than done. Especially the not punching Basim objective. Stick to the plot, resist the obvious course of action and you’ll get the better ending in Assassin’s Creed Valhalla, one of my favourite games of not only 2020 but the entire Assassin’s Creed Franchise.