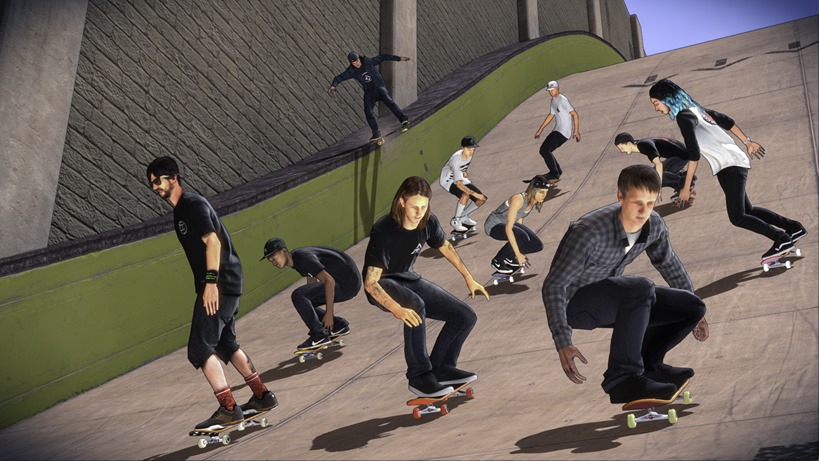 I’m pretty much dead set on playing a new Tony Hawk Pro Skater game.  But it’s the kind of game that folks are shredding lately, as they’re pulling a 1080 lolSTFUnoob when talking about the graphics.

I’ll be the first person to admit that Tony Hawk Pro Skater 5 doesn’t have great graphics. But to me, the game is a great example of gameplay that trumps those visuals. I genuinely don’t care, but this apparently is an issue.

So much so, that with less than two months to go, Tony hawk Pro Skater 5 has a brand new art style. Checkit:

That most certainly does look a tad bit sharper, and more like a cell-shaded game then. But I do want to see it in motion.

“There’s been a marked upgrade in the graphics,” Activision said while kind of side-stepping the entire issue, “which showcase playable skaters including Hawk, son Riley, Lizzie Armanto, Nyjah Huston, and Aaron ‘Jaws’ Homoki.”

I think cel-shading can do the game plenty of favours. It’s far, far too late to plop in a brand new game engine, but this could be a decent measure to appease people. Right? You lot are going to throw eggs at me again as I try to run away in my baggy jeans while listening to the Camp Kill Yourself soundtrack, aren’t you? FINE. Tony Hawk Pro Skater drops it like those aforementioned hot and baggiest of pants, on September 29.

And I’ll eat my Papa Roach CD if it isn’t a properly fun game.