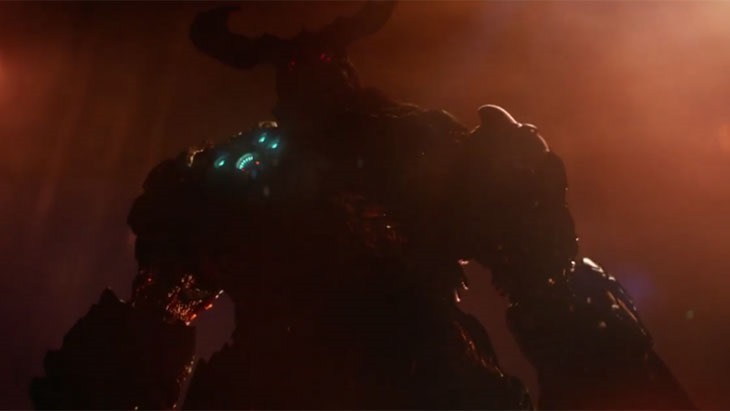 E3? Who needs it? Certainly not the chaps at Bethesda, who’ve chosen this fortuitous time to tease the latest game in the fabled Doom series. They’ve done nothing but tease – revealing that they’ll actually be showing the game off at QuakeCon next month.

No numbers on the end, because that seems to be a crime on the end, this new game is simple titled “Doom,” suggesting it may just be a sexy reboot of the series instead of your average sequel. Without wanting to sound too enthusiastic for the sake of some semblance of journalistic integrity…HOW FRIKKING AWESOME DOES THAT CYBERDEMON LOOK? WHERE’S MY BFG?

Lucky folks who purchased Wolfenstein: The New Order on new-gen consoles and PC get automatic access to the game’s beta once that goes live.

Doom 4 was first hinted at by former id tech head John Carmack way back at QuakeCon in 2007, but the game was given a swift reboot to the junk at some point in 2011, with Bethesda saying that it "did not exhibit the quality and excitement that id and Bethesda intend to deliver and that Doom fans worldwide expect."

QuakeCon itself takes place from July 17-20, so expect a wealth of new Doom information around then.