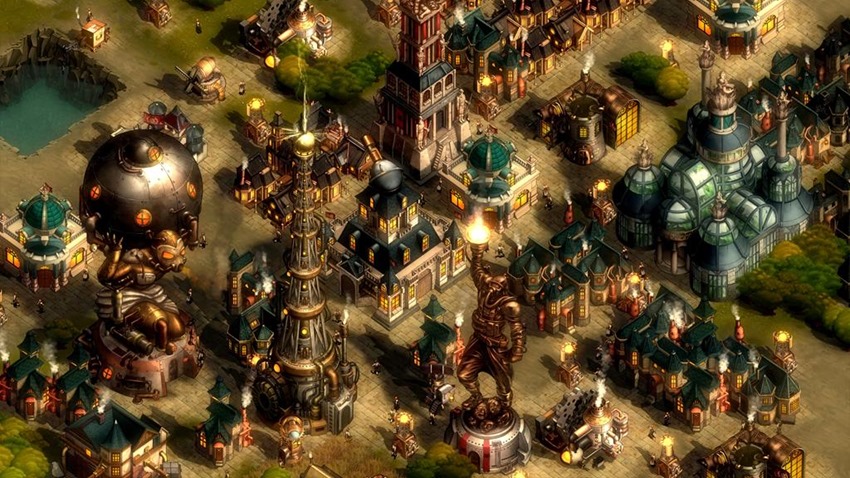 The undead are clawing at your gates. You’ve got too many delicious brains and not enough bullets to go around. What d you do? WHAT DO YOU DO MAN? The solution is surprisingly simple: You build a monument, a modern-day wonder in the post-apocalypse that doesn’t just function as a gigantic symbolic middle finger to the shambling undead, but also inspires your hive of tasty peasants and soldiers to get their asses into gear.

Zombie survival sim They Are Billions did just that over the weekend, and holy cow what a difference. The new buildings aren’t just powerful, they’re absolute necessities on the higher difficulty settings of They Are Billions. The trick here, is that you’ll need a sound strategy to even afford one of these behemoth buildings, let alone all six.

That has always been the real challenge and appeal of They Are Billions, as it’s a game that isn’t just about fending off the hordes of zombies. It’s about making certain that your own colony can survive long enough to do so, as each resource is linked to one another in a delicate chain of supply and demand. Each Wonder costs a fortune, claims the lives of many a disposable peasant and I swear they attract even more of the rotting corpses that infest the landscape. So worth it.

This portentous structure reaches toward the sky, capturing the energy of lightning for the colony. In addition, it extends the power supply, acting as a huge Tesla Tower.

No one knows how it works, but this extraordinary and smoky metal spawn is capable of transforming common materials into precious oil.

This unbreakable bunker stands as the most amazing symbol of the victory of humanity against the infected. It’s a beacon of hope and courage for everyone in the colony.

The Academy of Immortals

In this glorious academy, the most famous heroes train the army to battle with the skills and courage of experienced veteran soldiers.

This magnificent architectural wonder generates its own climate control environment, where the best crops bloom and thrive, feeding the colony even in the most barren lands.

It’s the most precise and complex machine ever created. The Beholder is installed on top of the Command Center revealing the entire map. Nothing can escape its prodigious eye.

Not bad, right? I find myself favouring the Academy of Immortals most of the time, as I crank out more powerful units that I can use to bolster that one weak point in my base defenses. They’re still new to the metagame, but it’s going to be interesting to see just how seasoned TAB players use these facilities to complement existing strategies.

They Are Billions is still in Early Access, but it’s well worth a few bucks even in its present state if micro-managing a colony of zombie-fighters happens to be your cup of tea.