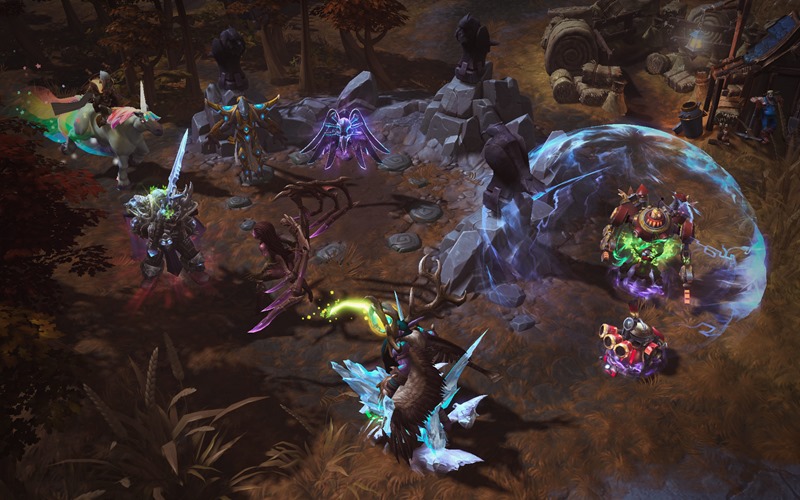 If you’ve ever considered getting into the MOBA scene, Heroes of the Storm is definitely the best entry point. Blizzard stripped away a lot of what makes the genre difficult, making their game accessible to even the most inexperienced players. This is not to say it is easy though – it’s still very much competitive and difficult to be good at, and if you’re really good, you can now turn that skill into money. Blizzard have announced a World Championship for their MOBA title.

The top teams from around the world will meet for the ultimate showdown at Blizzard’s big annual event (via the Heroes of the Storm blog):

Sounds good! What prizes are up for grabs?

The stakes are high, with a total prize pool of over $1.2 million in total cash and prizes—including $500,000 at BlizzCon. The World Champion team will walk away with $200,000—and bragging rights as the best Heroes of the Storm players in the world.

Granted, that prize pool doesn’t come close to the likes of The International for Dota 2 (this year’s purse is sitting on $7.5 million+ at time of writing) , but it isn’t shabby at all. My biggest concern really is labelling this event the World Championships when, well, not everybody is included:

The first road to BlizzCon qualifiers are coming soon to Australia and New Zealand, China, Europe, Latin America, North America, Korea, Southeast Asia, and Taiwan. These online events will culminate in live regional championships where the eight best Heroes of the Storm teams from around the world will be decided. 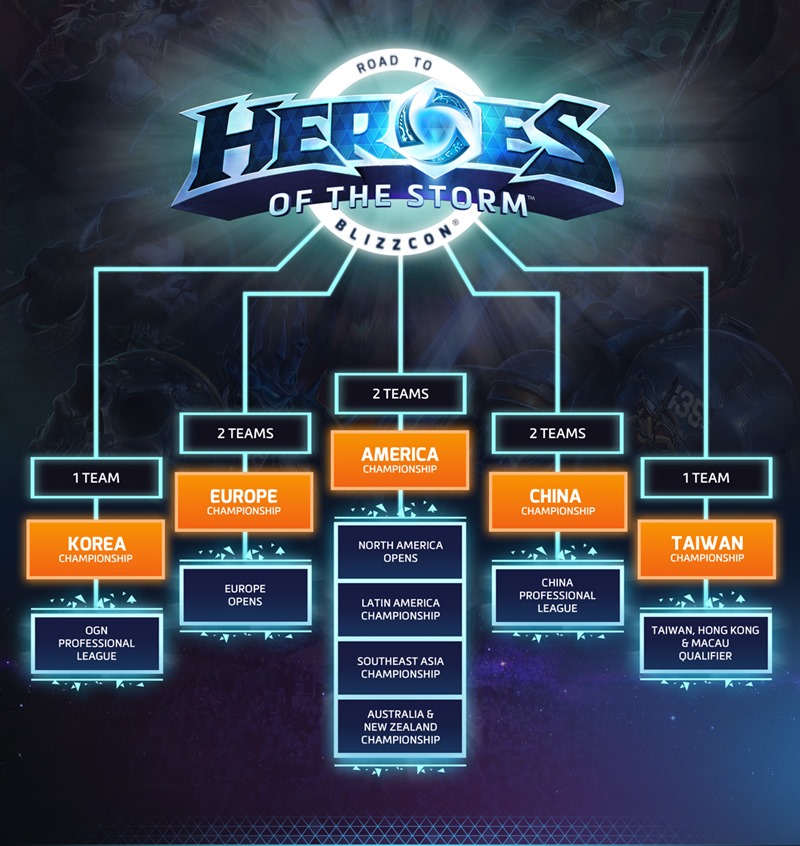 Dammit Blizzard, Africa is a place too! Although honestly, I have no idea what South Africa’s Heroes of the Storm scene looks like. I would love the to see the title added to our DGL roster sometime in the future.

Gripes aside, I’m happy Blizzard are giving all of their titles constant eSport loving. Will you be following the championship?