Home Gaming Blizzard not worried about entering the MOBA market 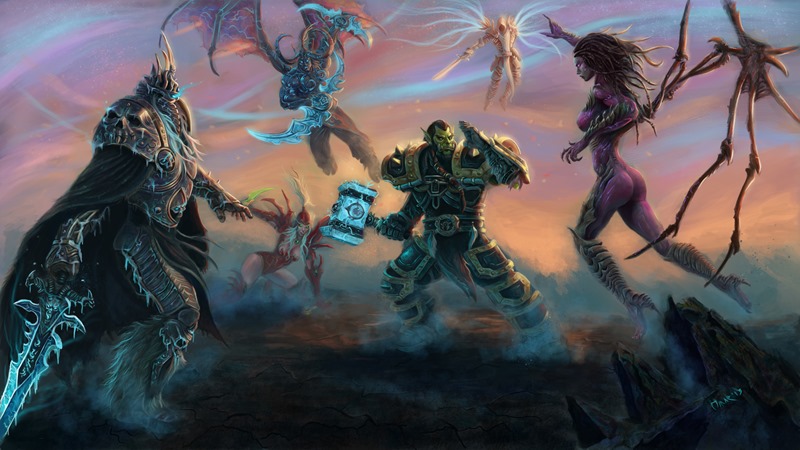 I’m honestly convinced that Heroes of the Storm will be the game that sways the non-MOBA players into at least tolerating the genre. It has memorable Blizzard characters, is easy enough to pick up and play, and is just darn fun! While the genre may be flooded, Blizzard remain calm, slowly but surely plodding on to the games eventual release.

What you may not know is that Heroes of the Storm started off much like the original DoTA did – as a mod for a Blizzard game. It was originally called Blizzard DOTA, and eventually Blizzard All-Stars. The mod was designed to show off the power of the StarCraft II engine. During development though, Blizzard felt that it could be something more.Dustin Browder, the game’s direcotor, shared his thoughts at PAX Prime (via Joystiq):

“As we were building this mod, we thought, ‘This needs to be a game,'” Browder said. “And the fact is, we do games when we do games.”

No kidding! Blizzard have a well known track record for finishing and releasing stuff when they see it as done. StarCraft II for example is waiting on it’s third expansion. I can’t believe how quickly time has flown. Heart of the Swarm, the second expansion, was released way back in March last year.

Joystiq asked Browder if he was worried about entering the rather flooded genre:

“You know, we never had a plan for StarCraft to turn out the way it did,” Browder said, relating the spacefaring series’ longstanding ties to eSports and its continued popularity more than a decade and a half post-release. “It’s up to the community.” The development team is doing their homework by studying and analyzing their competition before rushing off to take the proverbial test, and that’s led to confidence in the game”

I know Blizzard don’t like to call their game a MOBA, but it does certainly come across as one (3 lanes, a base to destroy, etc). I do think they have done more than enough to separate themselves from the competition though. We’ve all seen the power of community, what with Dota 2 setting new records with it’s community funded TI4 prizepool, and League of Legends having a bazillion fans, Heroes of the Storm has a lot to prove. I do think it will go on to have its own success…eventually, when Blizzard eventually release it into the wild.

There is no solid confirmation on when the beta will start. In the meantime, you could always watch my weekly spotlight videos, where I discuss a hero briefly before playing a game with them. The last one I did was Murky, the annoying but OMG so cute Murloc.