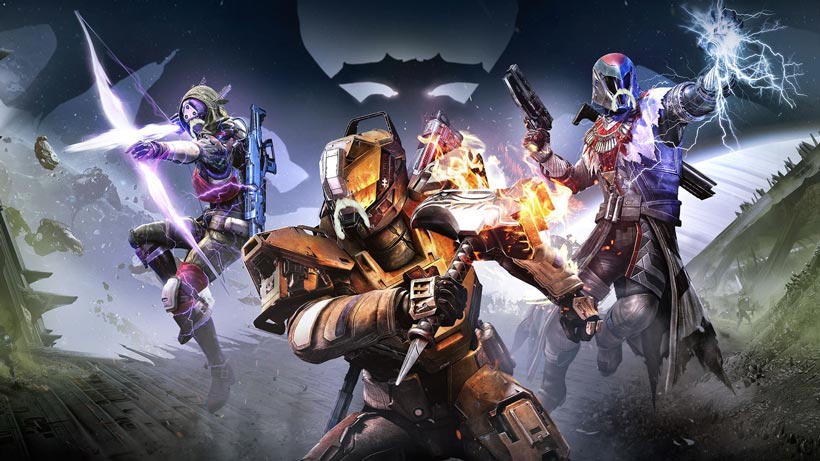 Shock! Horror! It seems that Bungie has plans for more Destiny content, beyond The Taken King in September! I NEVER SAW IT COMING! While such news is about as telegraphed as the end result of shaking hands with Stone Cold Steve Austin, it really is hardly surprising.

What may be a tad bit more unexpected, is that Bungie is already working on said content. Okay, I lied about the surprising bit.

Right now, if you were to break a window and sneak into Bungie, you would see the Live team – the vast majority of the team is working on The Taken King – and then you would see another, smaller group that is already starting to think about the next adventure.

Right now, all attempts to hurl Matty through the Bungie office windows have been met with failure due to him being a lanky tall bastard. You all know the deal by now: Destiny has often been labelled as a ten-year project for both publisher Activision and developer Bungie.

It’s a franchise that’ll keep on developing as this console generation (And the next!) keeps on truckin’. It also means that Destiny 2 won’t be seen anytime soon. Hell, we’re barely at year two of the first game anyway.

But Destiny has changed massively since it first launched, and it looks like the formula for forking out for extra slices of gameplay has proven to be a winner. Bungie is promising the mother of all expansions with The Taken King, one that includes new areas, weapons, updates and more.

Clearly, I have one hell of a problem when it comes to being suckered into buying more content for Destiny. A problem that isn’t helped whenever I stumble across a new Exotic, such as the Truth rocket launcher from last night.