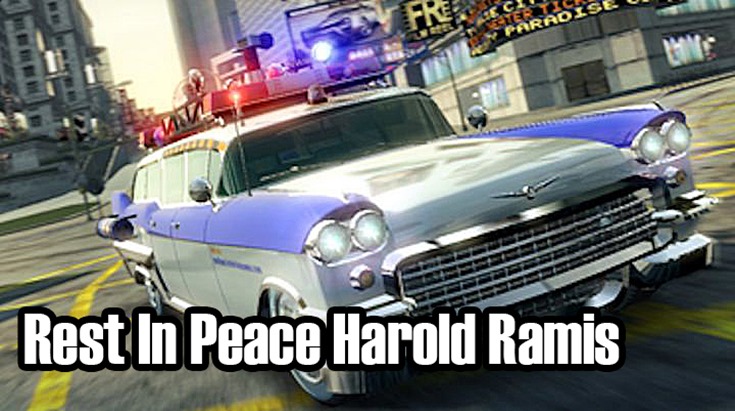 Criterion Games has released one of their Burnout Paradise DLC car packs for free honouring the late Harold Ramis, who passed away this Monday at the age of 69.

The ‘Legendary Car Collection’ DLC car pack which is usually $4.99 (USD)is now available for free worldwide on the Xbox Games Store, but curiously only in North America on the PlayStation Store. The pack contains four vehicles inspired by famous vehicles in movies and television shows, one of them is the ‘Hunter Manhattan Spirit’ which is heavily inspired by the immortal Ecto-1 from the 1984 film Ghostbusters, which Ramis starred in as Dr. Egon Spengler and co-wrote with Dan Aykroyd.

Although Ghostbusters isn’t his only famous credit, Criterion games released the car pack as a tribute to Ramis. They tweeted about Ramis announcing the car pack:

“Harold Ramis was a comedy genius. He inspired us. To honour this legend,Burnout Paradise Legendary Cars are free today,”

Ramis passed away after a long battle with an autoimmune disease and left behind a wife, three children and two grandchildren. Ramis was well known for his talent as a writer and an actor, gracing such films like Groundhog Day (1993), Caddyshack (1980) and National Lampoon’s Animal House (1978).

It’s been a long time since I’ve touched burnout Paradise, but this is a nice gesture from the guys at Criterion. A fantastic game with a lovely homage that’s now being used in memory of Harold Ramis.The Lazygamer team’s condolences go out to his family and friends. Rest in peace Ramis, you were unspeakably awesome.